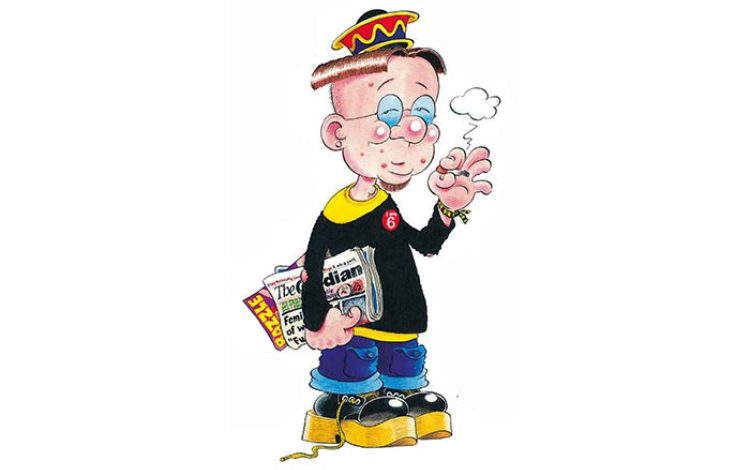 A student used to mean an undergraduate or a don. Nowadays, the word is used of undeserving children.

Over the Christmas holidays, when newsreaders talked about the start of term, they referred to ‘students’ returning.

I assumed they meant beardie long-hairs in their early twenties returning to university. Yet they also tended to interview an overwhelmed head (or ‘lead learner’, as they’ve been called in a primary school in the People’s Republic of Islington), who talked about their students while surrounded by 12-year-olds in school uniform.

Apparently, these ‘young adults’ are learners with whom the teachers learn and grow together, and they don’t like to be patronised by such unambiguous terms as ‘pupils’ or ‘schoolchildren’.

My old friend Sophie, a deputy head, says ‘student’ has been de rigueur at her secondary school in Dorset for 20 years. Most British primary schools still refer to ‘pupils’, but Americans have been calling primary and secondary schoolchildren students since 1900.

Surely the distinction is simple. A student voluntarily decides to study and chooses their own course, whereas a pupil (OED: ‘one who is taught by another; a disciple, 1563’) has no such choice about the syllabus, whether they are 12 years old or a graduate training to be a barrister.

The OED gives three definitions of a student. The first (‘a person who is engaged in, or addicted to, study’) demonstrates that lexicographers are deluded: study is the one waking activity to which students are not addicted.

The third: ‘At Christ Church, Oxford: a member of the foundation, corresponding to a ‘fellow’ or ‘scholar’ of other colleges, 1651’. So not a term to be used for those still playing hopscotch, albeit on a PlayStation in their bedroom.

At medieval universities, the students’ focus was on the ancient classical curriculum of the trivium (grammar, logic and rhetoric) and the advanced quadrivium (music, arithmetic, geometry and astronomy). In 1400, when the population of England was around two million, there were only 2,000 students (three-quarters at Oxford and 500 at Cambridge).

The distinction between undergraduates (OED, 1630) and graduates emerged only in the 14th century, when very young students began to be admitted. At its foundation in 1441, King’s College, Cambridge, ordained that students must be at least 14 to counter this; its co-foundation, Eton, took five-year-olds.

The university day for these ambitious teenagers was daunting, even by civil-service mandarin standards. It started at 5am and progressed until late afternoon, without any frolics. Even chess was banned. Lazy students at Corpus Christi, Cambridge, got a lie-in until 6am, when they launched into a discourse on Aristotle.

Why upgrade nonchalant 12-year-olds to such exalted status? By superannuating them, are schools telling their charges that school is cool to counteract truancy; that they really are grown-ups?

What would Wackford Squeers have said?

The cut-throat razor is back