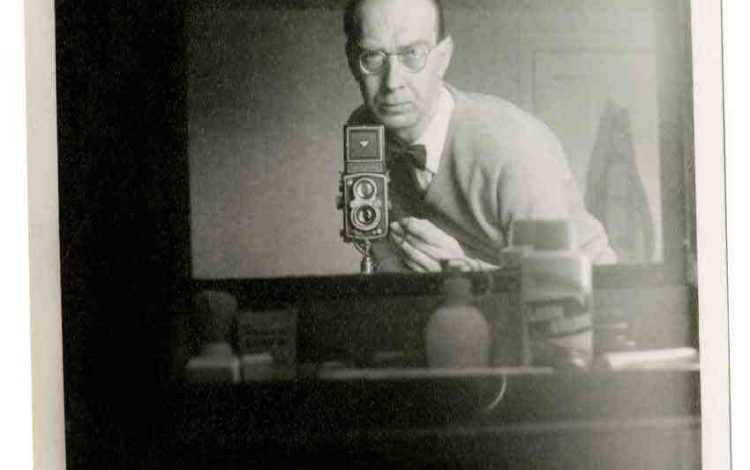 Larkin plus Rolleiflex. Self-portrait in his bathroom, 1957
View Full Size
1
of 1

John Sutherland defends his tutor Monica Jones, who indulged the poet’s fondness for photography and sex

Monica Jones, the woman Philip Larkin loved longest, has had a bad press.

Most recently in Martin Amis’s autofiction, Inside Story, where the kindest thing said about her is that she’s a ‘deafening windbag’. Martin’s father, Kingsley, called her a ‘grim old bag’ and, in their younger days, lampooned her as Margaret Peel, the desiccated femme fatale in Lucky Jim (1954). It was a cross she would bear all her life.

I’ve written a defensive biography [reviewed on page 57] of Monica for three reasons. First because I owe her. She was formative on me as a student. She asserted the achievement to Philip: Sutherland was, she said ‘her boy’. She had ‘produced’ me.

Being produced by Monica Jones, when I was an undergraduate at the University of Leicester in the early 1960s, was no short cut to the university world’s glittering prizes. She never published and never, in a 40-year career, gained even minimal promotion at Leicester. Like Cordelia’s ‘Nothing, my Lord,’ it was defiance, not defeat. She despised careerism and thought it was destroying English studies.

As regards my academic prospects, she told Philip, back-handedly: ‘Sutherland is not a scholar. Sutherland is more our kind of thing.’ He most certainly didn’t think he and I were birds of a feather. ‘Sutherland,’ he once airily asked Monica, ‘does he exist?’

For him, although he was blood-chillingly courteous to me in company, Sutherland did not exist. I was one of a succession of Leicester ‘boys’ Monica hung out with while he had grown-up affairs with his staff as University Librarian at Hull. Philip, incidentally, was the only man Monica slept with in her 78 years of life. He? More.

In her letters to Philip, Monica talked up ‘heavenly Sutherland’ and ‘smashing Sutherland’ outrageously. She gives detailed accounts of evenings she and I spent drinking together (both of us incipient alcoholics). He receives a blow-by-blow description of an Edinburgh jaunt I took her on (Scotland was one of her three favourite holiday resorts with Philip).

Monica timed the trip, specifically, to be on Philip’s birthday – which, to her annual vexation, he routinely spent without her but with his mother. She remembered his card – but the gift bottle of Glenfiddich she sent broke in the post.

I was no rival to Philip. And few women, alas, have found me smashing. Monica was fond of me, as she was fond of a string of her Leicester boys. It pleased her, as she told Philip, that the ‘old bag’ (her phrase) could still ‘pull’ the young. It never led anywhere sexually.

I see clearly now what she was up to. I was the handiest stick to poke the man who really mattered into taking proper notice of her. All I knew at the time was that Monica saw qualities in me no one else had.

My second motive for writing Monica’s life was that she has been written unfairly out of the Larkin script. Look at the indexes of the biographies. And she has been unfairly slandered. Read Lucky Jim.

A third, prime incentive was being allowed access to her 54 boxes of unpublished letters to Philip. A large selection of his to her are already in print, expertly edited by Anthony Thwaite.

My reason for including this was not prurient but for the light it throws on Philip Larkin, the women in his life, photography and his poetry. It’s a mysterious mix. He and Monica, as she recalled his Playboy shots, were now in their mid-forties. Monica no longer had pregnancy scares. The heyday in their blood was tamed but not extinguished. They were taking up residence in what Martin Amis neatly calls middlesex.

What does Monica mean by ‘rouse’? Both of them had been late in – as the phrase of their youth was – ‘going all the way’ with each other or anyone else. He was 21, she 23, before they got to that finishing post.

Monica knew that photographs of her could rouse Philip more than she herself did. He told her himself. He had recently, in 1963, acquired a Polaroid camera, which allows instant, totally secretive, prints. She suggested they might use it for intimate snaps.

‘In one sense,’ he said, ‘there’s nothing I’d like more than photographs of you in your private clothes, or in no clothes at all, but I can’t think it’s right when it seems more exciting than reality.’

His ethical objection strikes a false note. One suspects he was telling her, politely, that her Playboy days had passed.

Larkin arranged the sequence of poems in his volumes with scrupulous care. He chose to open his breakthrough collection, The Less Deceived, with Lines on a Young Lady’s Photograph Album.

The poem was not inspired by Monica, who probably thought, as the volume’s dedicatee, that it was. Philip was having a secret affair with another – younger – woman and it is her album he pries into.

Also in his office, on the windowsill, Larkin had a small, tortoiseshell-plated telescope to look at passing female students. Kingsley couldn’t, for the life of him, see the point of the glassy grope. His moves were always to the point.

It would be possible, having got this far, simply to see that raincoat Philip’s wearing in his memorial statue at Hull’s Paragon railway station in a quite different light. But there’s more to it.

Philip was a man, said Monica, who ‘cared a tenth as much about what happened around him as he did about what was happening inside him’.

poet Larkin was in conflict with the man Larkin. The poet, with the aid of the photographer, won, for which literary-loving posterity can be grateful.

Monica lost – wifehood, notably – but, nobly as I think, saw it as less loss than sacrifice. She deserves a salute for that.

John Sutherland’s Monica Jones, Philip Larkin and Me: Her Life and Long Loves (W&N) is out now

My return to Poundland - AN Wilson

The white cliffs of Sussex