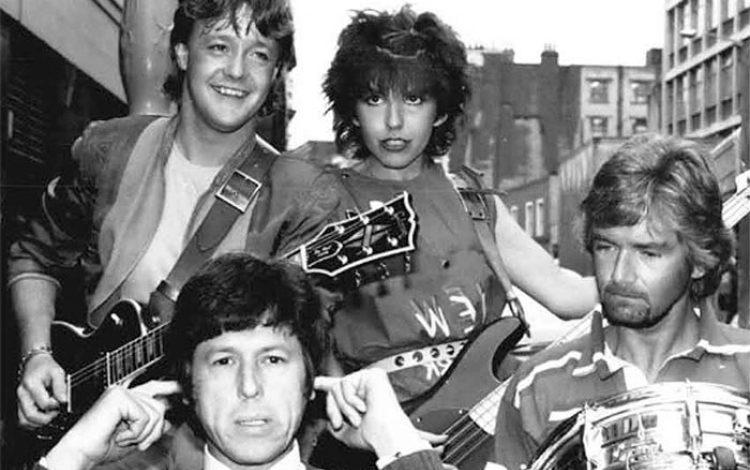 Keith Chegwin, affectionately known as Cheggers, was a big part of my childhood – growing up in the ’70s and ’80s, I could be found glued to Multi-Coloured Swap Shop, starring both him and Noel Edmonds, and Cheggers Plays Pop.

I thought back to when I first met him, in 1988. Well, I actually sat inside his house a while before I met him.

My boyfriend at the time (I was 17) lived just round the corner from Keith and knew him and his daughter’s nanny, Maria (whom he went on to marry some years later) well. Keith had even taken him in to Going Live!, the Saturday-morning show he was appearing in at the time with Phillip Schofield, and he’d had a scene in that. He couldn’t wait for me to meet Keith too and gushed about what a funny, kind man he was.

Of course, the time we went round (it hadn’t exactly been arranged), Keith wasn’t there. But Maria made us welcome and we sat and chatted to her. Admittedly, I was disappointed not to meet one of my childhood television heroes, and wondered if I would actually ever get to meet him.

When I did, it was unexpected. We were walking down Newbury High Street and there he was. He stuck out his hand in greeting. I went to take his, but before I did he whipped his hand away, stuck his thumb on his nose and wiggled his fingers, cheekily saying, ‘Naa-na-na- naa-nah!’

I could feel my face heating up, my hand still in mid-air. I didn’t know what to do. This wasn’t how it was supposed to go.

Ever the professional, Keith clearly saw my discomfort and apologised. He let out a giggle, and I felt myself joining in.

He swiftly changed the subject and asked me questions about me, taking an interest in what I had to say. He knew just how to put people at ease. By the time we parted, I’d almost forgotten our initial greeting.

I met Keith several times after that. Each time, he made me smile and laugh. He’s been described by many as a ‘television legend’. He certainly was – but Keith was more than that: he was one of the most genuine people you could ever meet.