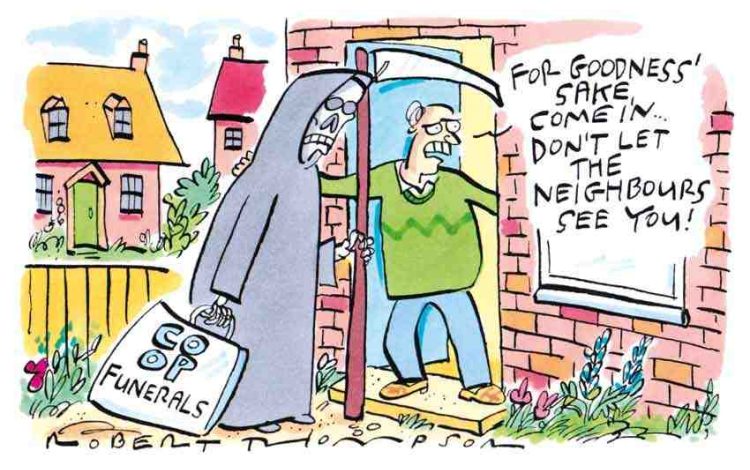 A couple of years ago, I did something very daring. I went inside a Co-op supermarket for the first time in my life. By Liz Hodgkinson

This may not seem a particularly intrepid act. But, when you have seven decades of snobbery about the Co-op embedded deep inside your system, it begins to make sense.

When I was growing up in the then tiny town of St Neots, in Cambridgeshire, only common people shopped at the Co-op. Anybody with a bit of money, such as my mother, would get their shopping from the more expensive food and clothes shops even when the goods were identical.

Since its foundation in 1844 as the Rochdale Society of Equitable Pioneers, the Co-op has been associated with the ‘working poor’ and the north of England. To us snooty southerners, it meant much the same thing.

Its customers could become a member of the Co-operative Wholesale Society, or CWS as it was known, and be given a ‘divi’ number. This would entitle them to a few pence off their purchases; enough over a year, maybe, for the coach fare to a seaside resort in summer.

How wrong I was to be so snobbish about such an admirable institution. Since 2009, the Co-op has ventured into education, with the acquisition of 28 academies, all in the north of England. By the end of 2022, it plans 40 academies, including sixth-form colleges. It’s also branching out into entertainment, with a 23,500-capacity arena being built in Manchester.

With its education push, the Co-op is actually going back to its roots. In the 1840s, there were schools above Co-op grocery shops. Now, the company is going all out to attract young people, not just with schools but with uniforms as well. Needless to say, my mother would never have bought my school uniform or shoes from the Co-op. She would never have lived it down.

The Co-op declined badly during the 1960s and ’70s, when more glamorous supermarkets, such as Waitrose, soared ahead. Eighteen thousand Co-op shops closed. By 2000, the company had sold off many of its loss-making concerns, although ministering to the sick and dead, with its pharmacies and funeral services, continued to perform well. The Co-op is now the UK’s largest funeral director. With funerals costing an average of £4,000, this sector collected £317 million in revenue in 2018.

The Co-operative Bank, founded in 1867, collapsed in 2013. It was rescued, and is now wholly owned by private equity firms, although the name has been retained. So, lots of ups and downs. But it must be doing something right to have attracted moi as a customer.

It’s still a significant presence on the high street. The remaining 2,600 shops have been modernised, to the extent that some people even regard the once-humble Co-op as expensive, compared with cut-price supermarkets such as Aldi and Asda.

My local Co-op sells champagne, exotic foods, newspapers and magazines – although it has not yet come up in the world enough to stock The Oldie. For that, I have to go to M&S next door.

Seventy years after my Co-op snobbery first set in, I still find it hard to shake off my ridiculous, irrational attitude. When I cross the threshold of a Co-op, I feel I’m somehow doing them a massive favour by deigning to buy my groceries there. More fool me.