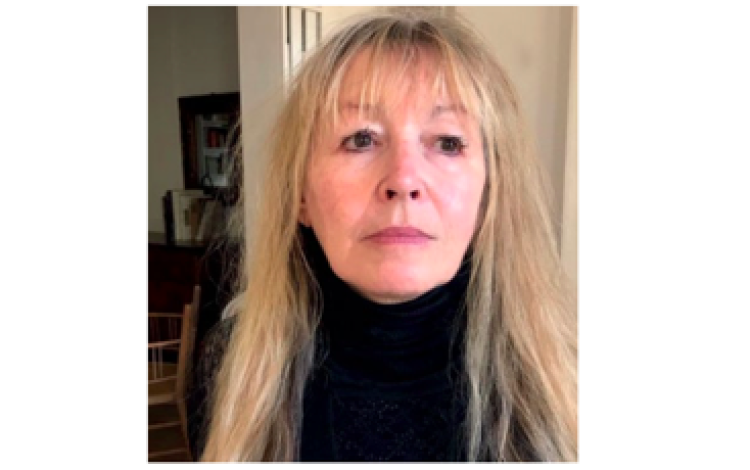 Mary Killen has no time for the knife, the exercises or the headstands. Instead, she lies back and tries the facelift for the lazy – and it works

I know what I would like my husband, The Oldie’s Giles Wood, to give me for my birthday – a luxury beauty treatment. Just an idea... The American economist Thorstein Veblen in The Theory of the Leisure Class (1899) first identified conspicuous consumption as a mode of status-seeking. We are all suggestible – but the ‘Veblen e ect’ is a key consideration when high-end beauty products are being priced. Marketeers know that the more the treatment costs, the more the punter will imagine she sees improvements.

When I first came to London, from provincial Northern Ireland, I viewed the Harrods beauty hall as a tourist attraction. I would spend hours admiring the exquisitely packaged – though, to me, unaffordable – beauty products, all promising magical transformations.

One week, I watched a grey- complexioned customer, her face a maze of pleats and pouches, paying a king’s ransom for a line-up of jars.

‘I’ve been using this brand for years,’ she boasted as the assistant packed up the haul, ‘because it just really works.’

There was a time when, just like in the Garden of Eden, we were gloriously unselfconscious.

‘The most popular girl at St Mary’s, Ascot,’ remembers one old girl, now 65, ‘had a bright red face and red hair. But she was the most popular just because she was a real brick.’

Today, with a dysmorphia epidemic raging, the most popular girl in school is the best-looking one. While everyone under 53 looks, from the perspective of an oldie, like a raving beauty, even oldies are increasingly self-critical. How can we not be when we’re photographed or CCTVed wherever we go?

So here are some well-established cures for oldie faces:

Plastic Surgery Mr Rajiv Grover, a Harley Street plastic surgeon, has somehow perfected the art of knocking 15 years o a face, making it perter and happier, but not weirdly, unnaturally so. Facial Exercise You can bypass surgery and visit Eva Fraser, in Kensington Church Street. The facial exercise guru, 85, looks 45. She can teach you how to despatch crêpe neck and crinkling, through simple face-pulling. It will work – for those with the self-discipline to put in about 45 minutes a week in performing the prescribed exercises. I am too lazy. The Neasden Facelift Scrape the hair back into a tight ponytail or clip, and you will drag up the wattle at the same time. This is cost-free but makes only a marginal difference.

The Bulldog Clip As used by my friend Anne to pull back her neck when posing for the photo on her Freedom Pass: ‘It was agony for ve minutes but I didn’t want to have to look at a hideous photo of myself every day.’

Gorging Stu yourself with cream cakes, peanut butter, crisps and Coca-Cola – rejoice in the free Botox e ect as your wrinkles ll out. Aka ‘le visage avant le derrière’: lose years on the face; gain nanny-style comforting bulk below.

The Bride of Wildenstein Lift You look like you’ve been caught in a wind tunnel for several weeks. And you’ll only look normal in a room full of other New York faceliftees.

The Yoga Headstand The blood rushes to the face, bringing a healthy and brighter glow. Meanwhile, the face unclenches. I’ve always regarded yoga as a cure-all but, again, I’m too lazy to do it.

And then there is Facial Massage. I took myself to the Knightsbridge basement of facial massage therapist Lucinda Wallop. Lucinda’s Yuva face massage involved my lying on a deeply comfortable treatment couch in her serene studio, looking out into a quiet garden. She used no oils and touched only my face as she performed bespoke stroking to release facial tension. She aimed to achieve the same e ects I would have got had I been un-lazy enough to do the Eva Fraser exercises or yoga.

Here I was, lying down and achieving the same result without putting myself to any trouble. Her facial massage encourages ‘lymphatic drainage’ – toxins are removed from the body through the normal expulsion points, with the assistance of the litre-and-a-half of water she requires you to drink on the day of your treatment. Eye-bags and pu ness are reduced.

I went into an anaesthetic level of relaxation while I was being tampered with for one-and-a-quarter hours. During the half-waking moments,

I was aware of my face being gently manipulated as though in the hands of a sculptor carefully remodelling clay.

The only thing I didn’t like about it was the dread of the treatment ending.

An hour later, I met my daughter who had had no idea where I had been. She screamed, ‘What’s happened, mummy? You look so young!’

‘Yes, Mary, what’s happened?’ asked the other three people in the room.

It was less a coup de vieux than a coup de mieux – and what bliss to be tampered with in such a peaceful setting. At £100 a session, it’s a gift that keeps on giving – if not a return to eternal youth, it was at least a little ashback to younger days.