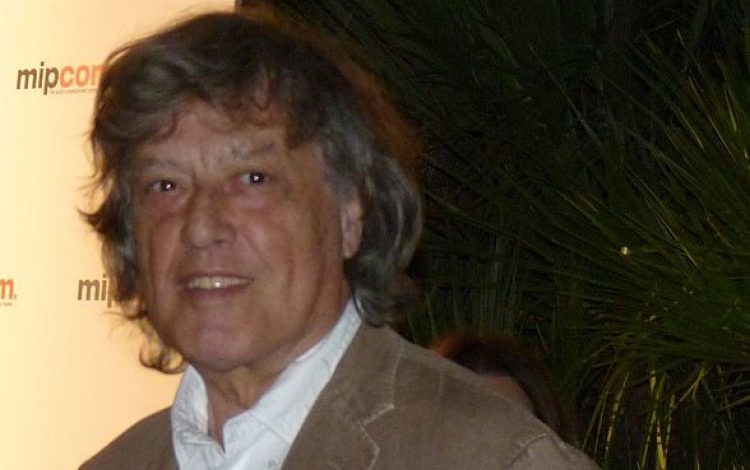 ‘Biography,’ says a character in Tom Stoppard’s Indian Ink, ‘is the worst possible excuse for getting people wrong.’

That's one of Stoppard's many gibes against our modern Boswells - but he has entrusted his life to Hermione Lee and been spectacularly well rewarded.

She brings to her task the same exhaustive research she has previously applied to the illustrious dead, such as Virginia Woolf. While the resulting book – at nearly 1,000 pages – is a bit of a wrist-breaker, it is also a highly readable eye-opener.

The outlines of Stoppard’s life have long been familiar. We knew that he was born Czech, as Tomáš Straussler, in 1937; that he was an infant refugee first from the Nazis and then from wartime Singapore; and that, after early schooling in India, he arrived in England in 1946.

After his father’s death at the hands of the Japanese, his mother remarried an English major. The young Stoppard was educated at independent schools, became a journalist in Bristol and in 1965 awoke to find himself famous with the National Theatre production of Rosencrantz and Guildenstern Are Dead. The original outsider went on to become the epitome of fashionable success.

Lee skilfully interweaves the story of the life with analyses of the plays and suggests there is a far greater connection between the two than we had imagined. But her real success lies in her dismantling of several of the myths that have grown up around Stoppard. He is often pigeonholed as a cerebral gymnast, but Lee shows that Stoppard, in both his life and his work, is a born romantic.

You see it in countless ways: in his early rhapsodic idealisation of England, his capacity for hero worship (everyone from Mick Jagger to Mike Nichols) and his lifelong attachment to his first Bristolian girlfriend.

Stoppard is unusual, in fact, in having stayed on the friendliest terms with nearly all the women in his life: from his second wife, Miriam, to ex-lovers such as Felicity Kendal and Sinéad Cusack. Lee explores all these relationships without a hint of prurience.

Lee also shows that romanticism threads its way through Stoppard’s plays. Jumpers is a portrait of an anguished marriage. Arcadia is sustained by the idea that the quest for knowledge is what makes us human. In the Native State, a radio play calling on Stoppard’s memories of India and written with Kendal in mind, is imbued with a quiet tenderness and eroticism.

‘He’s really a soppy old thing,’ said its producer, John Tydeman, which is one of the shrewdest, most down-to-earth comments you’ll find in the whole book.

One of the other big myths that Lee demolishes is that Stoppard is deeply reactionary. It is true he was once dubbed ‘Thatcher’s playwright of choice’ – but I suspect that in her case the field wasn’t all that wide.

As Lee demonstrates, Stoppard has also changed in myriad ways down the years. A long-standing concern with human rights has developed into a readiness to engage with political realities, in works like Rock ’n’ Roll and Leopoldstadt – a deeply moving play that clearly derives from Stoppard’s own research into his Jewish family history. It says a lot about Stoppard that if he came late to the subject, it was not because of lack of curiosity but out of respect for his mother’s wish to put her past behind her.

Lee also shows how Stoppard’s idealisation of the British press has shifted in the light of the phone-hacking scandal and how he now feels the need to write ‘obsequies for the England we have mislaid’.

If Stoppard has one big flaw, it is that his research sometimes sits on top of the play rather than being embedded in the action. And, just occasionally, Lee’s book mirrors Stoppard’s fault: I wondered whether we really needed eight detailed pages devoted to the history and restoration of Iver Grove, the house that Stoppard, Miriam and their family moved into in 1979.

But this is a seriously good book and will remain the standard work for many years to come. It tells us much that we didn’t know. I had no idea that Stoppard’s stepfather was an antisemitic xenophobe or that Stoppard supplied dialogue for such movies as 102 Dalmatians, Indiana Jones and the Last Crusade and Robin Hood.

More crucially, the book charts Stoppard’s myriad public achievements while suggesting that there is something mysteriously enigmatic about the private man. Hardly anyone has a bad word to say about him, yet Stoppard himself says that he is good at performing niceness and, even for a man with a large family and many friends, he has an aura of impenetrable solitude.

But perhaps, as Lee subtly implies, that is just another feature of his innate romanticism.

The Adventures of Miss Barbara Pym, by Paula Byrne - AN Wilson

Michael Billington - Putting the Rabbit in the Hat, by Brian Cox