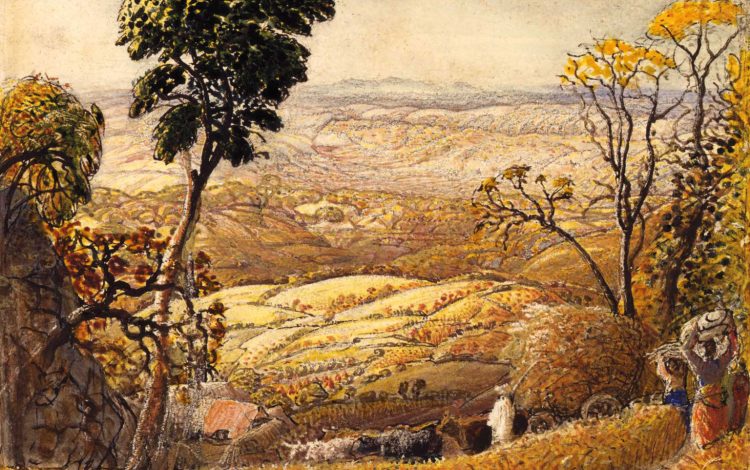 Less than an hour from the centre of London lies a beautiful stretch of countryside along the River Darenth. Gavin Stamp unselfishly shares his knowledge of this largely unspoilt oasis

The desire to keep places we love secret, fearing, with reason, that they might be ruined by too many visitors, is selfish and wrong – and, in the case of the enchanting Darenth Valley in Kent, simply absurd. A railway runs along it, as does the A225, while the M25 is close by, although out of sight. And yet, despite being less than an hour from the centre of London, it remains somehow a precious survival, a beautiful and special stretch of countryside, largely unspoiled and full of wonders. For half a century it has been, for me, a precious secret. Hooray for the Green Belt!

To get there, the train from Blackfriars first trundles through uninspiring suburbs – Catford, Bellingham, Bromley, Bickley – then through some open country to Swanley, where the line branches to the south. Then through a long tunnel to emerge as if by magic into another world, halfway along the valley of the river Darenth or Darent. The first stop is Eynsford. The village itself, winner of frequent prizes for the Best Kept in Kent, lies some way to the north. It boasts the ruin of a Norman castle, and the austere parish church is largely Norman, too, enhanced with a later slim shingled spire. The handsome, painted Royal Arms are of George III: ‘Fear God Honor ye King’.

The trouble with Eynsford is that it is separated from the railway station by a long ribbon of modern houses. Better, perhaps, and more romantic, immediately to take the footpath to the west towards Lullingstone, across the fields and past a farm, with hills in the distance and the prospect of the handsome red-brick railway viaduct of 1862 marching across the river and over which you have just travelled...