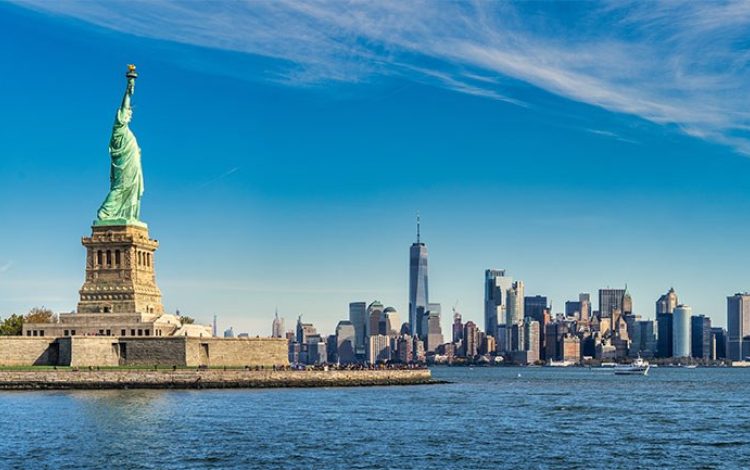 Is New York State the closest thing there is to England in America?

It’s like England. Roughly the same size. There is a huge metropolis in the south-east corner everyone knows about. The rest is countryside and there’s a string of post-industrial cities across the north. I’m from one of them – Oneida, New York.

This is how I explain to someone in England what I mean when I say I’m from New York. They usually think they’ve met a ‘genuine’ New Yorker, only to find they’re talking to someone from some obscure place they’ve never heard of.

England is part of the island of Great Britain. New York State is also surrounded on most sides by water. The Atlantic touches the southernmost parts of the state. Its northern and western borders are the shorelines of two of the world’s largest lakes, Erie and Ontario, and it is bounded on the east by Lake Champlain. England’s highest mountains are found in its northern Lake District. New York’s are in its (also northern) Adirondack Park.

The north-south divide exists in both England and New York State. Upstate New Yorkers feel that their lives and those of the people living in and around the south-eastern metropolis are poles apart. Just as in England, property values in the south-east are extraordinarily high compared with in the north.

Economically, there is a huge gap between the big city – and its suburbs – and the rest of the state. Just as in England, New York’s northern cities – Buffalo, Rochester, Syracuse, Utica and Schenectady – used to be great centres of industry and manufacturing and experienced a dramatic decline in the 1970s, ’80s and ’90s, as those kinds of jobs disappeared.

As in England, the north-south divide in New York even extends to differences in speech and accent. Most upstate New Yorkers speak what is called Inland North American English. Phonologically, it is far more like what you will hear in Michigan or eastern Wisconsin than what you’ll hear in southern New York State. New York City (like London) has phonological variations all its own.

Politically, too, New York may be more like England than any other American state. In both England and New York, geographically small, densely populated urban islands stand out from the expanses of countryside around them. The countryside votes conservative; the urban areas go for the left-of-centre option. Buffalo, Rochester, Syracuse, Ithaca and Albany hardly need labelling on the 2020 New York presidential-election-results map, they stand out so clearly as Democratic. The same can be said for Liverpool, Manchester, Leeds and Hull in Britain’s 2019 equivalent – Labour heartlands.

There is a closer similarity in New York manners and mindset to English ones than you would say for most other American states. New Yorkers are in general a bit more reserved than people in warmer places such as Florida and California; a bit less friendly than our neighbours in the Midwest and Ontario; a bit more open to ideas that some Americans brand as ‘Socialist’ (like a national health service, for instance) than residents of Nebraska or Wyoming.

There are plenty of ways that New York is not at all like England, of course. It’s much colder in winter and much hotter in summer. Its non-native history is far shorter than England’s. There is no royal family, aristocracy or medieval buildings. The comparison may be more flattering to New York (as a mere one in a family of fifty states) than it is to England, as a nation of its own and a one-time top-ranking global power – which it arguably still is, and certainly still is as a constituent part of the United Kingdom.

Like England, New York has had its setbacks in the last 50 years. It used to be number one in most things – population, power, prestige, productivity. It was known as the Empire State – and that is still its official nickname. But it has been eclipsed in most of those areas by the sunny states of California, Texas and Florida. Its deindustrialisation was a painful process that during the ’70s and ’80s made it something of the ‘sick old man’ of the United States (a phrase uncomfortably familiar to the English, who lived through those same decades).

Let’s hope these similarly-sized chunks of land have taken their knocks now. They may never regain the measure of their past predominance, but they’ve both still got plenty to them. They’re not done yet.

Daniel Koch is from upstate New York. The Vice Master of Bedford School, he writes for the Washington Post

Coronation chicken: a dish fit for a queen - Elisabeth Luard