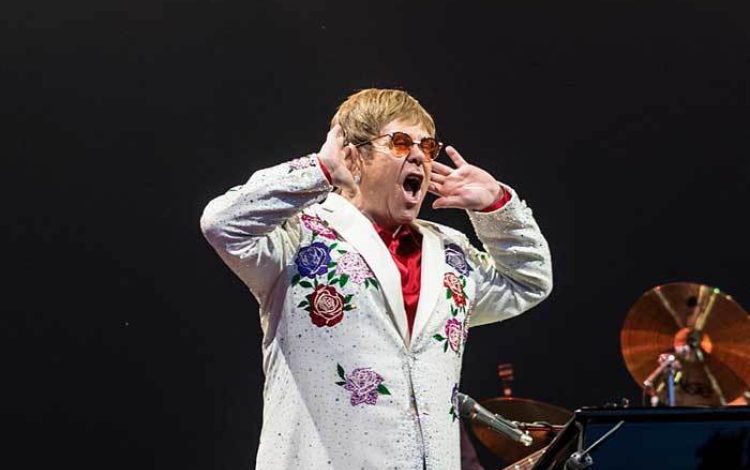 With Bohemian Rhapsody and now Rocketman (15), it looks as though Hollywood has finally invented a genuinely new category of film: the unvarnished sex ’n’ drugs rock ’n’ roll biopic.

All your favourite things are there: rock, roll, sex, drugs, great sweeping tunes given lavish new orchestral arrangements, manic dance routines, bonkers fantasy sequences and some of the most overripe performances seen outside Albert Square.

See Rocketman and you’re almost guaranteed to leave with a headache. The cinema I saw it in was full of rocking, rolling oldies who let out involuntary gasps at all the gay sex. Only afterwards did it occur to me that the audience had been more entertaining than the film.

Rocketman is, of course, Sir Elton John, bewigged crooner of 50 years’ service, and the executive producer of this film. It’s made by Rocket Pictures, his own company, and husband David Furnish is one of countless producers. It’s written by Lee Hall, who wrote Billy Elliot, which so moved Sir Elton when he went to see it that he had to be led from the cinema in floods of tears. So this is very much the official version of the life, although Sir Elton has always been honest about his failings, which are that he has taken more drugs than Keith Richards and slept with more men than Moll Flanders. Not a whitewash, then. More a pinkwash.

The story is familiar, and interspersed with regular bouts of extended singing. Young Reggie Dwight is a piano prodigy from Pinner, and his shrewish mother is Bryce Dallas Howard, who either has had some very odd plastic surgery or ate all the pies for this part. Gemma Jones is his twinkly gran, Jamie Bell is his loyal lyricist Bernie Taupin and Richard Madden (TV’s Bodyguard) is particularly good as his hard-as-nails manager/lover John Reid.

When Elton grows to manhood, which he does confusingly halfway through a musical number set in a funfair, he becomes Taron Egerton, the young actor best known for his portrayal of Eddie ‘The Eagle’ Edwards. I quite liked him in that film, but here it becomes apparent that he has a certain modus operandi, which is brutal overacting. When Elton rings up his mum to tell her he’s gay, Egerton gurns his way through about 20 expressions in a ten-second scene, as though he’s on stage and you’re at the back of the dress circle in a restricted-view seat. Bryce Dallas Howard sniffs and snorts contemptuously, and for once your sympathies are entirely with her. The film is simultaneously overlong, bland, cynical, dull and sentimental, and feels utterly dishonest. Other than that, though, it’s not bad.

Diego Maradona (12A) is in a different league: the Premiership, maybe, instead of the old Fourth Division. This is the latest feature-length documentary from Asif Kapadia, previously responsible for fine films about Amy Winehouse and Ayrton Senna, and his approach is simple but effective: collect every bit of video footage you can and bung them together with rousing music and new, voice-only interviews with the surviving participants.

I’m no fan of football, but the shots of Maradona confounding defence after defence and scoring impossible goals are extraordinary – some of the most beautiful sporting action you will ever see.

Better yet, the film shows you the cultural impact the young shaver had on the clubs he played for: more than once, he looks terrified by the ferocity of the crowds, and his youth and vulnerability are palpable.

Of course everything goes horribly wrong, as it was always going to: we, the audience, know that it will; the only person who doesn’t is poor Maradona himself.

'A tricky old beast', Marcus Berkmann reviews Their Finest (12A)