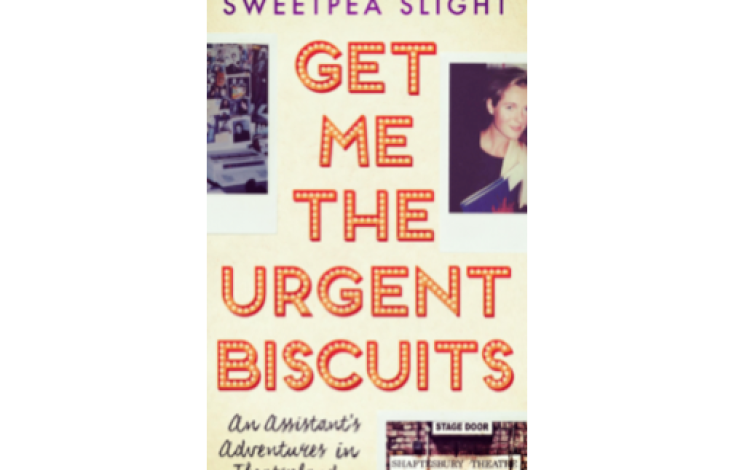 Get Me The Urgent Biscuits: An Assistant’s Adventures in Theatreland by Sweetpea Slight, reviewed by Emily Bearn

Get Me The Urgent Biscuits is Sweetpea Slight’s memoir of the twenty years she spent working as an assistant for the theatrical producer Thelma Holt. But the star of the story is Holt, whose ego looms over the narrative like a monstrous yet gloriously watchable (and sometimes likeable) pantomime villain.

They first meet in 1984, when Slight is 18 and has come to London with hopes of becoming an actress. But a chance encounter with Holt puts pay to that: ‘You would never make [it],’ she tells her, then dictates the letter Slight writes to the head of Rada, to explain that she will not be attending auditions after all.

What is striking is Slight’s total        lack of resistance. But Holt’s magic was clearly strong. ‘Thelma was striking, radiant, utterly captivating,’ Slight writes. ‘I had fallen under the spell of theatre, or, more specifically, Thelma’s world of theatre.’ In the office, Holt calls Slight ‘the child’, and Slight clearly basks in Holt’s approval: ‘She adored me, that much was clear.’

But the surprise punch of this book is that the besotted Slight turns out to be such an eagle-eyed observer. ‘Oh darling, I’ve amused myself,’ is one of Holt’s favourite comments. Slight acknowledges that Holt can come across as ‘difficult’, then demonstrates it on every page.

‘Are you pretty, you c*nt?’ Holt shouts through her office door at a young man waiting for an appointment. ‘If you are, you can come in now, but if not you had better piss off.’ On leaving the Roundhouse one night, she sees a caravan parked outside and scrawls on it in Dior no. 21 lipstick: ‘Get your caravan off my land, you c*nt.’ This time, the ‘c*nt’ turns out to be Rowan Atkinson, who has been given permission to park there, but Holt still demands he replace her lipstick.

Slight is brilliant at conveying the intoxicating world of theatre, in which everyone does things slightly differently to you or I. When Fiona Shaw hosts a supper, she so mistimes the cooking that everyone eats pudding first. Unable to master the instructions for her dishwasher, Holt stores wine in it instead. Mishaps abound. On a touring production of Animal Farm, the armourer is found dead in his Zurich hotel room, with all his weapons stolen. And every mishap is relished. ‘We’re in a f**king Joe Orton play, darlings,’ Holt says gleefully, when one male member of the company accuses another of assault. Slight endeavours to instill calm, but the theatrical bug can be contagious: ‘Sometimes, when very stressed, [Holt] and I would get silly and throw chairs around the office, or scream. We’d often get quite hysterical.’

The excitement comes at a price. After they move to the National Theatre to work with Peter Hall, Slight frequently works weekends and 18-hour days, with ‘no such thing as a lunch break’. She eventually falls ill with endometriosis, and is paid so little that, after 20 years, she is still ineligible for a mortgage. (In 2000, her salary is barely £1,000 a month). To the reader, Holt can come across as unsympathetic. In 1989, when Dustin Hoffman is playing Shylock in Peter Hall’s production of The Merchant of Venice, he invites Slight to watch him in rehearsal, but Holt forbids it, deciding it would be ‘inappropriate’. ‘I didn’t think too much of it at the time [but], retrospectively, I felt robbed of a defining moment,’ Slight writes.

Herein lies the mystery of this book. With the wisdom of age (Slight is now in her 50s), is it a love letter to Holt, or is it her revenge? Strikingly, there is no bitterness in Slight’s tone. And while Holt has ample theories about herself (her first act of self-assertion, she claims, was to kill her twin brother in the womb), Slight is less analytical.

Still, by the end of the book, there are hints of disillusion. She recognises that hers is a world in which, ‘Thelma was always the star protagonist’ – and it is telling that, even at her leaving party, Slight feels it necessary to make the evening ‘more about [Thelma] than me’. The reader might be left wondering why Slight stayed with Holt for quite so long. But the pay off, if nothing else, is this triumph of a book.

Something in the way they grooved – Hunter Davies