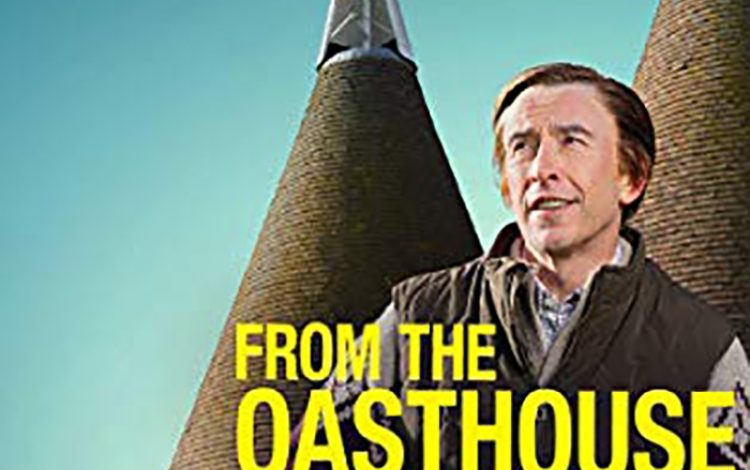 The Alan Partridge podcast: 'so be it'

Alan Partridge, you will recall, first emerged in all his ghastliness in 1992, in Radio 4 comedy’s heyday.

He was the sports presenter in On the Hour, translated to TV as The Day Today. His creator, Steve Coogan, was the latest practitioner of cringe comedy (from Tony Hancock to Patricia Routledge, a noble strain in British humour). Partridge was the inept, tactless TV host who irritates or offends his guests: filled with self-importance but no self-knowledge.

After TV and film, Alan has now discovered the podcast – as have I, nudged by the enthusiasm of my family and others who had enjoyed nearly seven hours of From the Oast House (Audible, £19.99). Alan delivers his philistine, bigoted musings and moanings from Norfolk (in a ‘replica oasthouse’), punctuated by a grating signature jingle. He pontificates in cliché: ‘truth be told’, ‘so be it’, ‘with the best will in the world’ and ‘whatevs’.

And he is so un-cool. ‘Not many men my age can get away with a tight polo neck tucked inside a belted trouser.’ His new fleece is first-class at wicking sweat. His personal hygiene – ‘After cufflinks and watches, what you have to get right is your man pong’ – is five aftershaves mixed in. He adopts the panther walk of his favourite James Bond, George Lazenby, and aims to resemble the Milk Tray man. When he’s caught prowling round a neighbour’s house you hear him being challenged. ‘I’m Alan Partridge, by the way.’ ‘I know you are.’ ‘Oh thank you, thank you.’

Through Echelon, a high-class dating service, he has a date fixed with a woman who ‘runs four dog-grooming parlours!’ (faux admiration). So he practises ad-libs (‘Who designed this place – Genghis Khan?), his chat-up lines (‘Is that your natural skin colour or a tinted foundation?’) and witty asides: ‘This area is quite upmarket – less Deliverance, more Deliveroo.’

Alan commends another podcast – ‘Recall!’ – ‘which follows in detail the lead-up to and fallout of the 1972 product recall of the Triumph Toledo. In 12 parts. Narrated [hear Alan’s pain] by John Stapleton.’

Coogan is brilliant. So fluent. But the sustained cringeing reminded me of several saddo Alan Partridges I have known, especially a pimply youth in the sixth form who organised our school dances and wore leather motoring gloves to drive his dad’s Triumph Herald. This made me plunge with relief into Schitt’s Creek on Netflix, which cheers with endorphin-releasing guffaws.

Kirsty Wark, new presenter of The Reunion, is fine, but Sue MacGregor departed without fanfare or tribute. Reparation came with Archive on 4’s compilation of MacG clips (Thatcher, Mandela, Greer etc), which reflected her reporting skill, well-tempered charm and ability to listen to the answers – often lacked, as Gillian Reynolds says, by BBC presenters on six-figure pay deals. She also understood the forgotten necessity to pronounce people’s names audibly.

Radio 4’s programme Can I Still Read Harry Potter?, presented by Aja Romano, was heralded by a publicity email from a BBC ‘communications trainee’. I reeled when I read that Aja Romano ‘has decided to pack their Potter books away’. And that, in the programme, ‘Aja examines their decision to stop reading the books about the boy wizard.’ The clear intention here is to mask the gender of Tennessee-born Ms Romano – clearly a female; Google her picture on the Vox website. ‘Hi! I’m Aja,’ she chirrups. ‘I’m a culture reporter for Vox. I like horror movies, scary stories, regencies, cozies, YA and the occasional SFF.’ Is the BBC adopting the wilfully erroneous ‘their’, where once it would have said ‘his or her’ – except for the occasions when, and only when, Aja’s gender was in doubt? This is ominous.

I shall write to Charles Moore, the on dit new Chairman. Perhaps he can prevent the BBC from kowtowing to the cancel culture, with its destruction of grammatical clarity.