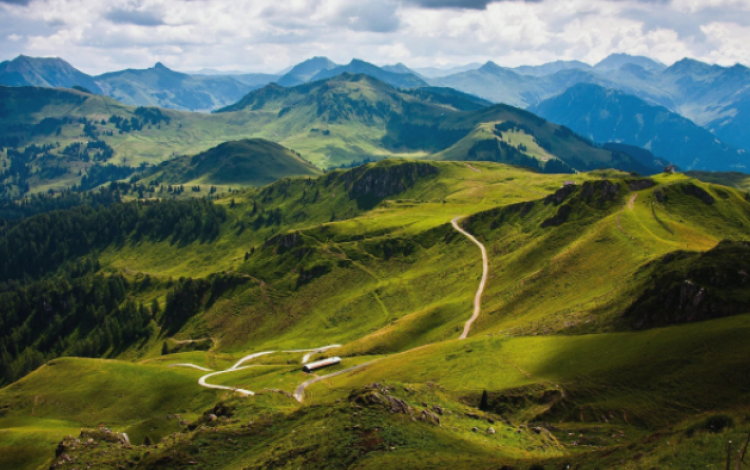 My son Nicholas, 33, a painter with Asperger’s syndrome, has always been fascinated by death. An inveterate texter who can’t spell, he often texts me about this subject:

‘Look, have you thought about your beriel? I do not want the worry of this. If you can’t go in at Frant, I sujest you go in with Aunt Rosemary and Elizabeth.’

My aunt was cremated some years ago, in Devon, and her daughter Elizabeth, 76, shows no signs of kicking the bucket. Frant village in Sussex is where most of our family is buried.

I don’t know whether those with Asperger’s tend towards morbidity – an Asperger’s friend of my age, 67, is certainly very morbid and, in the novels she self-publishes, often depicts scenes of violence, blood and death. Or is it that having Asperger’s simply allows them to see, and state, disturbing topics more baldly?

Death, which others may prefer to forget about, certainly preys on my son’s mind. It has been even more to the fore since, in the past six years, his half-sister Blossom died (of cancer), aged nine; then his uncle Julian; then his stepmother Annabel at only 52.

Nicholas was furious that Julian had died ‘so young’ – he was 74 – and very sorry for his widow and daughters.

He was also grief-stricken by his stepmother’s death and showed great empathy, something that those with Asperger’s are often accused of being incapable of.

‘Annabel came into dads life and went out of dads life by dying. She came and went.’

However, with typical Asperger’s repetitiveness, he then began to discomfit people by going on and on about the poor lady: ‘I thought she had a lot of good to her. And she deserves to be remembered with love. She has suffered a grate deal with blossom and having cancer herself.’ He showed me a moving video of her with her little girl.

He turned down grief counselling, but instead resorted to a variety of psychics, mostly from the internet. Other dead relatives popped up as a result. One psychic informed him, ‘Granny is going back to school.’ I found this disconcerting although, since my mother had often expressed regret at not being properly educated, if schooling was available in the afterlife, why shouldn’t she go for it?

‘Henry the 8th died of sifferious in pain aged 51. His body had ulsa’s all over him.

‘He also lost the girl he thought was the love of his liffe. Jane Seymore. Anne berlyn misscarried his son after henry pushed her down the stairs. He also stole some jewels of the late tomhas beckett.’

When he was six, his teacher asked, ‘Was Henry VIII a good King?’

‘Yes,’ said my son, always pro-Henry. Not the answer the teacher was expecting.

‘I had the right to say that,’ he told me after school.

His investigations into death started early. At five, he had made a model of a cat from paper and Sellotape, then stuffed it with raw mince from our fridge, declaring, ‘That’s all we’re made of – meat!’

But when our neighbour’s Jack Russell died the same year, he described how, in our garden, he had watched Tatio rise up from the long, green grass and disappear into the sky. As he flung up his arms, he cried, ‘He was alive!’

Despite this hopeful re-enactment of Tatio’s Assumption, he then told me nervously, ‘I don’t want to be an angel for too many days.’

Some friends of ours played up to the death obsession.

‘Lucy wants her head pickled in a jar!’ he told me, aged twelve, after meeting Lucinda Lambton for the first time at lunch at his dad’s. She was then keen on cryogenics.

Like many people with Asperger’s, Nicholas finds it difficult to make friends. Consequently, much of his social life now consists of going to much older people’s funerals, arranged by me. Two were at Arundel Cathedral – funerals of Catholics from my parents’ generation I hardly knew, though I did know the deceased women’s daughters. The first funeral enabled Nicholas to spend time with his godmother Cate. As for the second, he was living close by and it allowed me to reconnect with my cousins who were ushers. As a baptised Catholic, Nicholas would get the full whack of a magnificent Requiem Mass.

His unpredictable behaviour in church always makes me nervous. As a child, he once shouted, ‘Happy Birthday’, during the Consecration and, even today, has to be reminded sharply to take off his Russian hat with ear flaps inside church.

At funerals, he often places himself, uninvited, in the front pew, along with the family of the deceased. At the funeral of Maureen, Cate’s mother, in 2009, he sat almost on top of the coffin. He begged to go and stay the night before, in the hope of seeing ‘Morine’ before she was put in. At the Requiem Mass at Arundel, he joined the long queue of people taking Communion, and then got lost. I had to wave hysterically and call out his name.

I am dreading, for his sake – and the equilibrium of those closest to him – my son’s reaction to my own death. I hope he will give my funeral address. I wonder what he will say.

Modern Life: What is Grime?

I Once Met... Daphne du Maurier. By Simon Courtauld