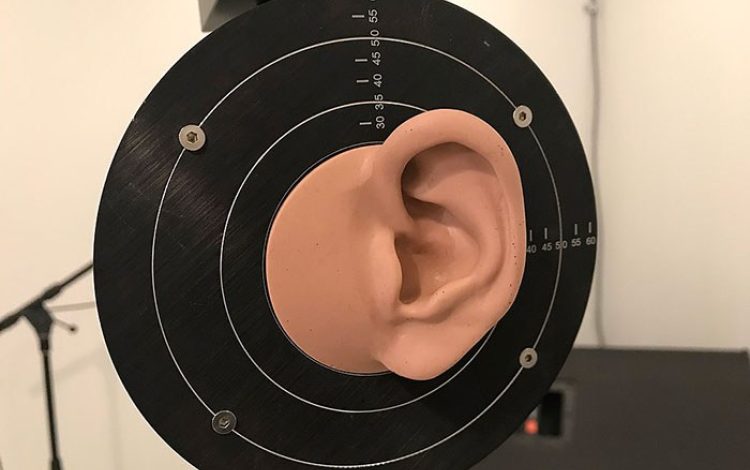 The woman on the telephone said she was from Kingston University’s Department of Geology. I told her rather haughtily that she must have the wrong number, but she wouldn’t go away.

It turned out she was speaking from the Kingston Specsavers department of audiology and she was ringing to confirm my appointment. This, surely, was also confirmation that I needed my hearing tested.

Since the beginning of the year, it had been becoming clear to me that things were becoming less clear to me; that my hearing was getting worse with age. The radio and TV were turned up high; in groups of friends I found myself doing more and more wise nodding while I failed to catch the drift of what they were talking about; my patient wife had to repeat everything she said.

Just as I was deciding that something must be done, lockdown came. Social distancing was a new problem. Holding conversations with neighbours standing not-so-near in the street involved more guesswork.

Meanwhile, I became a connoisseur of TV subtitles. The stage directions are enchanting. Besides an awful lot of ‘sighs’ and ‘chuckles’, there’s ‘chirruping’ and ‘sympathetic piano music’. When the detective arrives at the suspect’s house and presses the bell, you read ‘doorbell ringing’.

The doctor had a quick look, said it was wax, pointed out that the practice wasn’t doing ear-syringing (of course not) and said she thought Specsavers were offering microsuction. I couldn’t hear any of this, of course – so she wrote it down. (I had to lend her a piece of paper and a pen.) The whole consultation lasted about a minute and a half. Hardly worth sanitising one’s hands for.

Hamilton. Lockdown had led to a national build-up of earwax – a hideous fatberg.

I was finally able to get it done in a half-deserted building in south-west London in a small upper room, opposite an abandoned gym with its herd of forlorn, riderless exercise bikes.

I could hear again, but not all that well, so I went to Specsavers for the test. You sit in a booth wearing headphones and pressing a button whenever you hear beeps or squawks of varying faintness. As with an eye test, it’s a struggle with one’s impulse to bluff.

I was easily convinced it was time for hearing aids. All very unobtrusive these days. I was advised to go for those devices that nestle discreetly (and expensively) behind the ears.

A week later, I returned for a fitting. That part of the process was difficult: having complicated things explained through a mask and a visor when one’s hearing is iffy presents an extra problem.

The audiologist warned me that at first extraneous sounds would dominate my hearing – the rustle of papers, footsteps on carpet and so on. And my voice would sound different to me. It was true: I spoke and what came out was strident and slightly tinny. I had turned into the lovechild of Brian Blessed and a Dalek.

As I walked out into the street, I could hear a musician playing the violin in the distance, bin lorries beeping as they reversed streets away, bicycle brakes squeaking and buses wheezing. I felt I was part of the soundtrack in an arty French film.

Then there’s all the equipment you are given – the user manuals, the safety instructions, the extra gadgets and the mystery fiddly parts. It’s like coming away with a brand-new, ever-so-smart phone and also a scale-model kit for an Avro Lancaster bomber.

It would take two weeks for my brain to adjust, as the audiologist (or ‘Hearing Care Professional’) explained to me.

The first lesson I learnt, just a few yards after leaving the shop, was that behind-the-ears hearing aids (or ‘hearing instruments’, as the manual calls them) don’t go well with the strings of a face mask. There’s fierce competition between spectacles, hearing aids and mask for beyond- the-ears territory.

Things began to work out. I got used to the roar of Sellotape being deployed and the amplified clatter when I dropped a fork. Now I am not so aware of these things stuck in my ears, and the raucous rustle of the newspaper pages is calming down.

I’ve started to read the user manual and enjoy the safety hints. I see I mustn’t wear the hearing aid when I take a shower. And I mustn’t dry my hearing instruments in a microwave oven.