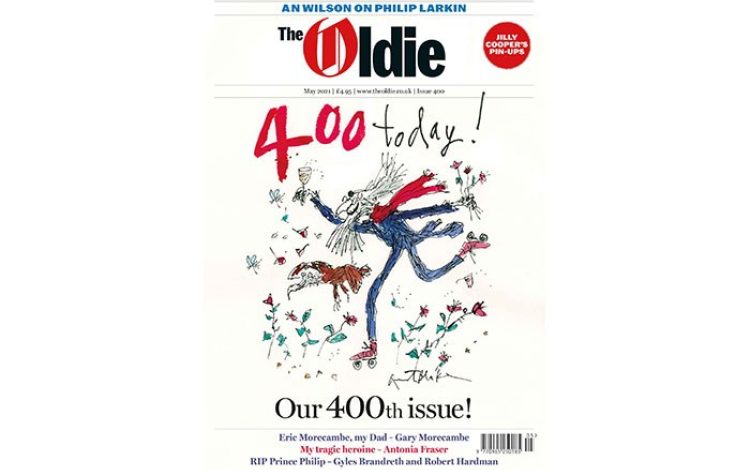 This issue is our 400th. John McEwen explains how he and Richard Ingrams cooked up the first issue in 1992

John McEwen, our Bird of the Month columnist, helped found The Oldie.

‘Thirty years ago,’ he remembers, ‘I awoke convinced there should be a new magazine called Sage, a rival to Saga.

‘Talk of the “grey pound” promised success. Gaga Saga readers might even buy Sage by mistake. I told Alexander Chancellor, editorial saviour of the Spectator, creator of the Independent Magazine.’

For the 400th issue, McEwen rang founding editor Richard Ingrams. Did he approach Alexander or was it vice versa, about starting an ‘oldie’ magazine?

He couldn’t remember, other than recalling that launching magazines was always a topic.

McEwen says, ‘Eventually, The Oldie (the title Sage smelt of onions) was born, with Richard as editor and the late Naim Attallah as publisher. Like-minded spirits – Stephen Glover, Patrick Marnham and Auberon Waugh – invested £12,000 each to lend Naim token support.

McEwen adds, ‘I too bought a place on the board. Among non-board contributors were Lord Lambton, Alexander’s mother and a Maltese banker friend of Richard’s, Godfrey Grima.’

The launch issue sold 100,000 copies, but soon The Oldie settled at a loss-making sub-20,000. Paul Getty proved its saviour, thanks, Richard thinks, to John Brown’s approach, prompted by James Pembroke.

McEwen adds, ‘Richard also said Godfrey Grima is the only person he has known to die of COVID – in Malta, one of the few places currently deemed safe to visit.’

The Queen is right about scones – it's cream first, THEN jam

Bird of the Month: The Fulmar - John McEwen