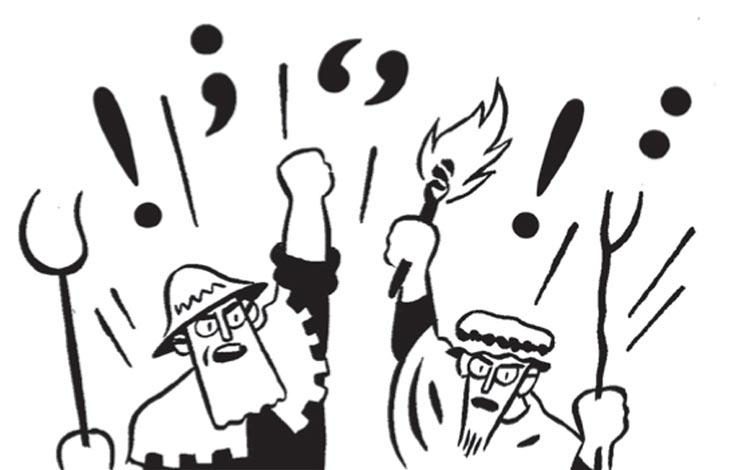 Every evening after the Channel 4 News I am annoyed to be told that ‘The weather is brought to you by Bridge-stone Tyres’. The word forecast has been lost and I don’t think Bridgestone Tyres are really that powerful.

Why do weather forecasters on TV have to give you advice on how to run your life? For example: ‘You will need to scrape the ice off your windscreen this morning’ – no I won’t as I keep my car in the garage overnight; ‘You will need your umbrella today as it will rain’ – no I won’t as I wear a woolly hat. Why can’t they let us make our own decisions – we are older and wiser than most of them.

‘Bargees of the Year’ – I think not. English canals are generally not big enough for barges. They carry boats of a width to pass through the locks. Narrowboats could be used on all canals, including narrow canals with seven-foot wide locks. Wide-beam boats were also used on wider canals, but they are still boats. One can still see barges on the Thames. Graham Nelson

Increasingly, people talk of ‘issues’ when they mean ‘problems’. This isn’t language evolving, it’s evasiveness. Whereas a problem has to be solved, an issue is just a topic to be debated. No wonder companies love and encourage this trend. They can duck an issue rather than having to deal with a problem.

I am irritated by the misuse of lie, lay, lying and laying. I would love to see that beach covered in soft, fluffy feathers and people with strained looks on their faces, as in ‘Everyone was laying down on the sand’.

My complaint is about commentators on rugby union matches who use the wrong terminology. For example, the try-line is actually the goal-line; and a try is not scored by ‘touching down’, it is scored by ‘grounding the ball’. Touching down is the defensive act of grounding the ball in one’s own in-goal – thus denying the opposition possession.

Have we lost a weekday or perhaps gained one? ‘Chewsday’ is now as common as buying ‘chewlips’ at the ‘chewb station’.

Email your grammatical errors, clichés and other bugbears to editorial@theoldie.co.uk with ‘Pedant’ in the subject line, or send by post to Oldie Pedants, 65 Newman Street, London W1T 3EG

Nature or nurture? Nobody really knows