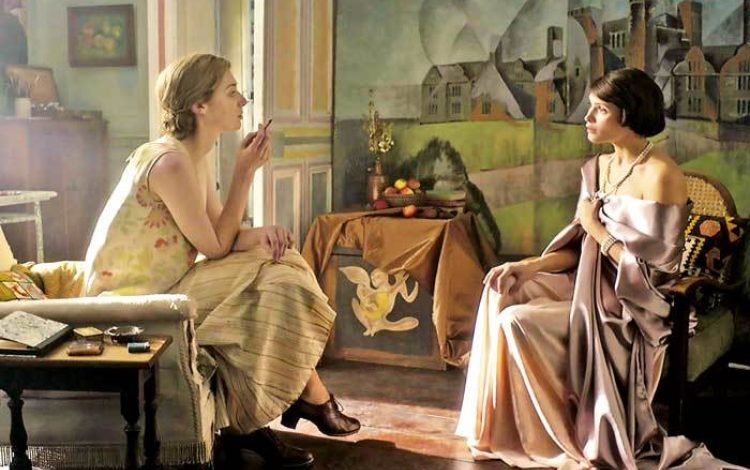 Marcus Berkmann was baffled by the casting choices in Vita and Virginia, but he loved the cars

Maybe it’s the spirit of the age, but no self-respecting actress can say she’s arrived until she has done her Posh Lesbian film. Rachel Weisz and Rachel McAdams did it last year in Disobedience. Weisz (again), Emma Stone and Olivia Colman did it in The Favourite. Now Gemma Arterton and Elizabeth Debicki are doing it in Vita and Virginia (12A). It’s probably worth mentioning that not one of these actresses is a lesbian in real life.

We are in the cosy world of British period drama, with extras in long dresses thronging the pavements and the same vintage car driving past every few moments. Vita Sackville-West, as you will know, is a posh writer of sapphic tendencies who lives with her husband, Harold Nicolson, in a house of such awesome proportions it’s a wonder they ever bump into each other at all. In real life, of course, Vita was tall and imposing, not unlike Janet McTeer, who played her so brilliantly in 1990’s Portrait of a Marriage, while Gemma Arterton is small, pretty and by no means upper-class, but never mind.

Vita, who may not have quite enough to occupy her time, is fascinated by the Bloomsbury Group and goes to a party of theirs, which for budgetary reasons looks like a bring-a-bottle party from the 1970s with slightly posher accents. For some reason, director Chanya Button has chosen to portray the Bloomsbury Group as larky sixth-formers with a wacky sense of humour; or maybe she couldn’t afford real actors.

Enter Virginia, played by the Australian actress Elizabeth Debicki, who is far too beautiful for the frankly odd-looking Virginia, and possibly far too beautiful for real life as well. Debicki has an impossibly posh voice and talks in long sentences you never quite understand. Vita falls for her. They spend long scenes staring at each other, breathing heavily and flaring their nostrils to show uncontrollable lust. ‘You know very well that I like you – a fabulous lot,’ says Vita. ‘Do I?’ says Virginia, raising a well-bred eyebrow. ‘I like things wild and vast and complicated,’ says Vita. ‘So I hear,’ says Virginia, raising the other eyebrow this time. It’s around now that the thought dawns on you that she is a stupid person’s idea of clever person, a thought that’s impossible to shift for the rest of the film.

Why does a film not work? Well, casting, for one thing. Gemma Arterton was instrumental in the film’s being made and acted as its executive producer, but she is no more Vita Sackville-West than I am. Elizabeth Debicki has a lot to grapple with, one thing being that, at six feet two inches tall, she’s at least half a foot taller than her co-star. Soon, we begin to understand, she is at the very least slightly potty: she never cracks a smile throughout and even puts on her lipstick like a madwoman. And the accents are ridiculous. ‘Are you heppy?’ asks her put-upon husband, Leonard. ‘I’m repturously, ecstetically heppy,’ says Virginia with a curled lip. There is something of the school play about quite a lot of the acting. At one point, when Virginia has turned her down, Vita looks like a teenager who has been grounded for staying out too late and drinking a lot of cider. Was that really the idea?

Vita and Virginia was shot in 2017 and has been sitting waiting for a release date ever since, and you can see why. You never feel for these characters, and you don’t care what happens to them. Without emotional engagement, the film is sunk. Nice vintage cars, though.