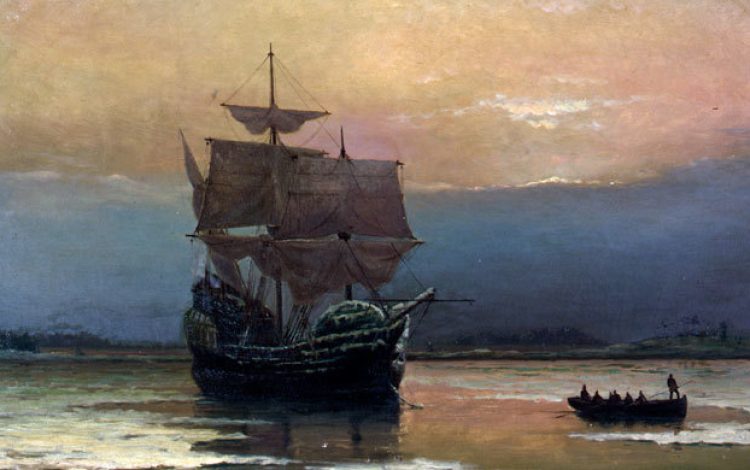 Valerie Grove reviews the best of this month's radio

Broadcasting demands the best in voices. (‘Speak up, Justin!’ is still my cry.)

I commend the excellent Sarah Montague, who deserves her £400,000 compensation for underpayment on Radio 4; the fine diction of William Sieghart, the poetry-pharmacist, prescribing Larkin’s Aubade on Private Passions; and dear Andrew Marr, whom I applaud for using the phrase ‘Suffice it to say’ correctly, unlike those who drop the ‘it’.

How deftly and briskly Marr orchestrates the multiple subjects of Start the Week. I’ve just heard a graphic account of Bishop Hooper’s agonising death at the stake (from Foxe’s Book of Martyrs); a romp through Oliver Cromwell’s life, making links to President Trump; Orwell in the Spanish Civil War; and the Mayflower generation whose quatercentenary is history’s selling point for 2020.

It is jolly educational to have this well-constructed programme in the first hour of the working week, crafted by Marr and his producer Katy Hickman.

The Mayflower celebrations started splendidly in a special edition of the Sunday programme, when the ace reporter and broadcaster Emily Buchanan investigated the religious background of the intrepid Mayflower voyagers, Puritan Separatists all. I had just met Buchanan by chance, when calling on my old friend Marjorie Wallace, who was selling her grand piano: the new owner was test-driving it beautifully – Chopin, I think.

Another remarkable Buchanan programme aired on Christmas Eve. She interviewed Nadim Ednan-Laperouse, father of the schoolgirl Natasha who died on a flight to Nice after an allergic reaction to a Pret baguette.

Women may keep the entire book trade afloat with their slavish preference for fiction, but I’m a non-fiction woman myself, as reader and writer. My favourite Book of the Week so far this year is the late Deborah Orr’s memoir, Motherwell, superbly read by Siobhan Redmond.

Orr grew up in a well-built, long-lasting clapboard prefab in Motherwell, hard by the Ravenscraig Steelworks (later demolished in just six seconds). Orr’s mother believed the crowning achievement of a woman’s life was ‘getting married, being married, staying married’; so she was enraged that when her daughter married Will Self, she kept her name professionally. ‘You are Mrs William Woodard Self, now!’

Orr’s book is a worthy legacy from a writing life cut short too soon.

On the Sunday-papers bit of Broadcasting House, we heard that children can no longer tell the time from a clock face. ‘Yes, we get reporters who can’t tell the time,’ said Paddy O’Connell equably. ‘That’s why they get it wrong.’ Nor can children of the on-screen age hold a pen, read a paper map or construct a sentence with a verb in it (‘So I’m like, wow’). So hooray for 83-year-old Laurie Taylor’s Thinking Allowed, 84-year-old Mark Tully’s Something Understood and 80-year-old Melvyn Bragg’s In Our Time – our University of the Third Age.

Among the guests on a recent Saturday Live was Christabel Carlisle, pioneering racing driver once photographed as ‘the girl in the Mini’ (car). So Aasmah Mir invited calls from anyone who’d been connected with a famous ad. ‘Does it count that my uncle was the Milk Tray man?’ piped up Fay Ripley, fellow studio guest. Fay’s uncle, the dashing polo-necked Graham Rogers, was, she testified, still so good-looking ‘he always looks as if he’s about to sweep you up’. Then she added, ‘My auntie Twinkle, a Sixties pop star…’

Ta-dah! I sat up. Who could forget that Twinkle, who wrote and sang the mawkish bikers’ hit Terry (‘We had a quarrel, I was untrue on the night he died’) had married gorgeous Graham, who was also the sharply-suited guy in the Dormeuil ads? And he’s still with us! I was cheered by that.

But alas, the line ‘Please wait at the gate of heaven for me, Te-err-eeee’ has been my earworm ever since.