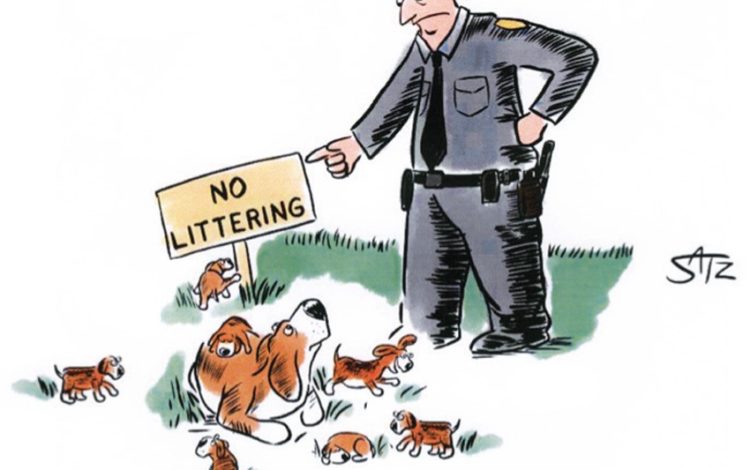 The worm turns: The masses, long abandoned by the ‘progressive’ Left, are flexing their muscles at last, says Simon Carr

We may be witnessing the final flowering of the most powerful, the most pervasive cultural movement since the Second World War. Political correctness is still in glorious blossom, but its fruits are overripe, its decadence is visible and before it turns rotten, I must get this conversation down. It didn’t happen, it won’t happen, so I’ve had to make it up.

In the scenario, I’ve managed to annoy my non-binary, gender-neutral co-worker enough to make the poor fellow engage with me. I’ve managed to trap zhe (to use a non-excluding pronoun) in some inescapable paradox and zhe’s only tactic is to attack. So it goes:

Zhe: You think you’re better than other people, don’t you?

Zhe (sorrowfully): And therein lies the problem with you people.

Self: But everyone thinks they’re better than other people. Isn’t it how we get through life?

Zhe: You, maybe. But not everyone is like you. Luckily.

Self: You think you’re better than me.

Zhe: The whole concept of ‘better’ is a judgement used to oppress those below yourself in a structure of power that you are seemingly unaware of.

And because there is no answer to that, zhe denounces me as a fascist, and calls down a Twitter storm upon me for hate speech.

These arguments can’t be won, only enjoyed.

But through a more important contradiction, it is now clear that political correctness is fatally connected with its enemy, the other overwhelming change since the war: free trade and free movement of labour.

For all their differences, free trade would never have lasted without cover from political correctness. I occasionally mention that to Right-wing business people but it never takes.

Without PC vigilantes proscribing certain sorts of speech against minorities and immigrants there would never have been this mounting influx of low-cost plumbers, plasterers, sandwich-makers, fruit-pickers, traffic wardens, delivery men, Uber drivers, 4am-workers. That which business thinks of as cheap labour. Migrant workers would have faced such unremitting hostility they would have been squeezed out of the workplace.

The ideology of equality, universal access, national welcome (also known by the Blair inner circle as ‘rubbing the noses of the Right in diversity’), has created the cultural conditions for an economic war on the working class over the past forty years. The massive downdraught on wages and conditions created by cheaper mobile labour has been hidden, forbidden, unmentionable. That really was political correctness gone mad. And now it’s going a bit madder, as progressives are losing their grip on the discourse.

The masses who held their tongues for fear of being denounced as bigots are finding a voice, particularly in middle Europe, where they seem to be emerging from sixty years of penance for the Holocaust.

So, the progressive Left needs a new vocabulary, a new moral matrix. Even new dinner guests would do. None of this is easy to come by in a hurry.

The Lefty thought-leaders abandoned their power base, their voters, years ago. They cut themselves off from their roots and emigrated to that other planet in cyberspace.

Remember Owen Jones’s book some years ago, Chavs: ###i

Fair enough, when living on a sink estate, and being born into a class you can’t get out of is as good as anything else. ‘Better’ being a hierarchical and stigmatising judgement.

A liberation theology that keeps people so firmly in their place surely can’t last.