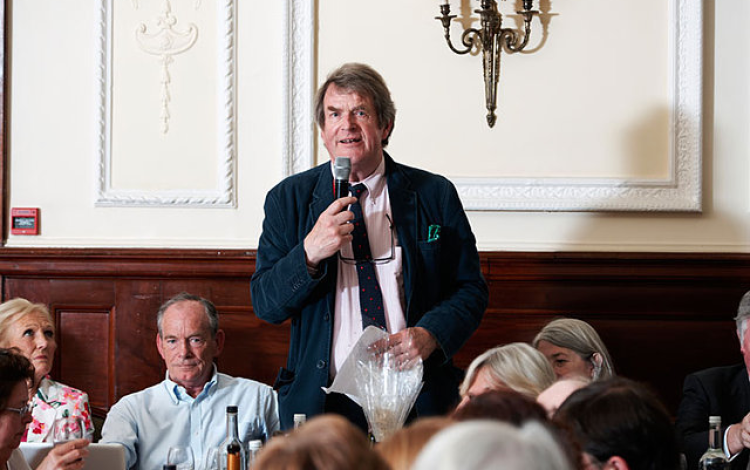 Farewell to the magazine's presiding deity

The death of Jeremy Lewis yesterday has left the Oldie in mourning.

For 20 years, he has been the magazine's mainstay. He edited copy, went through the slush pile of unsolicited articles, corrected proofs and wrote a wonderful column. Today's obituary in the Telegraph is extremely good on his unique career in Grub Street.

His last column, in the latest issue, is classic Jezza - with a sideways look at the publishing world where he worked for nearly 30 years before turning to biography and journalism.

His description of Jilly Cooper - who he worked alongside for Collins in 1967 - reflects Jeremy's exceptional powers of humour, historical understanding and sympathy. He remembered Cooper lying 'with her arms crossed on the keyboard of her typewriter and her long, fair hair streaming down either side of it, recovering from one of the long, bibulous lunches that were so congenial a feature of publishing and journalism before the Perrier invasion of the early Eighties'.

Jeremy was so polite and self-deprecating that his brilliance as a writer hasn't been sufficiently recognised. His biography of Cyril Connolly not only captured the spirit of the critic; but also his intellect. Jeremy would have burst out laughing at the idea of him being an intellectual - no greater insult in journalism! - but his brain was planet-sized.

Most of all, he was the greatest of companions - first and foremost to Petra, his adored wife Petra, and Jemima and Hattie, his daughters. He was adored in the office by all. To me, as the new editor, arriving in the enormous vacuum created by the death of the much lamented Alexander Chancellor, he was extraordinarily reassuring - full of ideas, a natural journalist, a subtle critic of all that was second-rate.

I have been inundated with sad, affection-filled tributes from old colleagues. Rowan Pelling, sitting alongside me in the office now, says, 'Every woman who ever worked with him thought he was the one person who was incapable of being patronising or mansplaining to a woman. He always made you feel like you knew more than him - which was ridiculous.'

Beneath the endless tide of jolliness, friendliness and modesty, he was an acute observer of life and a fine judge of what was right and wrong, in both the literary world and the world at large. It made him a unique publisher, biographer, autobiographer and journalist - and a much loved man.