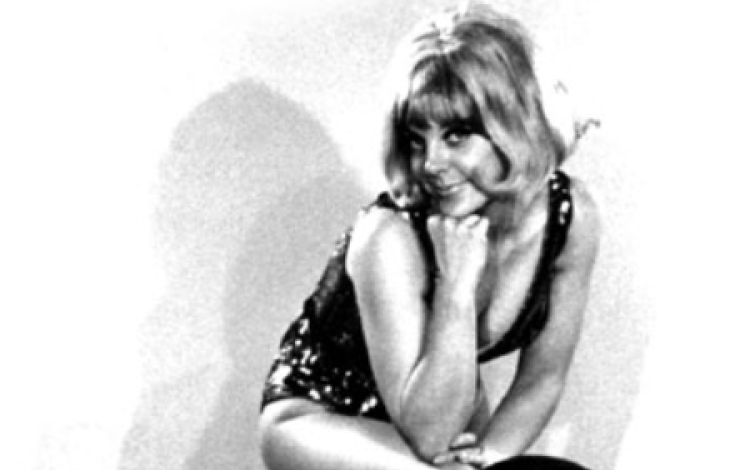 Aimi MacDonald, from At Last the 1948 Show, tells Louise Flind about John Cleese, Elvis Presley and a doctor always ready with his needle

Barbados – its warmth wraps its arms around you. That was play, not work.

A talent contest in Dunoon in Scotland. My friend Florence came on holiday. I was into performing and she wasn’t. But I forced her and we did this duet We won a recording of the song we’d sung, ‘Glory Hallelujah, Oh Rodger Rum’. I must have been seven and she was eight – the start of my career, darling.

Finding somewhere to stay which was on the digs list – but it turned out to be for asylum-seekers.

Did you go on location for various programmes?

I did a film with Roger Moore and there was a scene in France, but they didn’t take us; they took the doubles.

Was At Last the 1948 Show always filmed in the studio?

Yes. I’d introduce myself and they’d scribble down things I said, and then use it in the script the next week. I said to John [Cleese] when the other girls came in, ‘I don’t care – I’m the loveliest.’ And then, blow me, the following week I was the last girl on, and I said, ‘And my name is Aimi MacDonald and I’m the loveliest.’ That was John, Tim Brooke-Taylor and the late Marty Feldman and Graham Chapman.

He was lovely. My biggest memory of him was when he came on the set and he was obviously really hungry because he had to have some chips. Doing the countdown, he was eating chips like they were going out of style, and then he said, ‘Good evening, everyone...’

I had a little MeToo moment with a big Hollywood producer – I left him on the floor clutching his undercarriage.

In Paris and they took a show to Vegas – it was a group of us called the Charley Ballet and we did contemporary. I fell in love with one of the musos, got married – because you did in those days – and, when that fell apart, I escaped back to England with $30 and a baby.

What was it like meeting Elvis in Las Vegas?

Elvis came to the show one night. Everybody was saying, ‘Elvis Presley is out front...’ He was surrounded by his entourage and they were all little boys. We all thought, ‘Is he gay?’ He came and said hello afterwards. I was 16 when I got to Vegas.

I’ve been doing this one-woman show. I intersperse the music with stories about my career and a little bit about the men in my life... I learn the lyrics when I’m walking on the common.

Youngstown, Ohio, to meet the in-laws.

I did a Neil Simon play – ‘Last of the Red Hot Lovers’ – and we went to Hong Kong, Singapore and Bangkok. During an interview in Singapore, the journalist wanted us to taste a durian fruit, a delicacy there. It was the most horrible smell, which alone would make you faint.

I’m not a good sailor. In lovely Barbados, on a shing boat, we refuelled. With the smell of the petrol and the boat rolling, my limbs all seized up. Fortunately, one of the group happened to be a doctor. His name was Victor and they called him Vic the Prick, because his answer to everything was an injection. I was in a bikini trying to get this top on but I was rigid. So Vic the Prick gets a needle out – then I was ne.

There’s a pub with rooms next to the theatre in Bath, and I woke up in the middle of the night to what sounded like somebody in the kitchen doing the cutlery. The next day, I told the landlady and she said, ‘Oh no, you heard the ghost.’ Apparently, in the 17th century, this woman’s husband and lover had a duel. What I heard were the swords clashing and the wrong one got killed. So she threw herself out the window, and she wanders around, too. I moved out the next day.

My darling sister said, ‘When you pack, don’t fold. Roll, and it keeps its shape.’

A walk on the perilous side

King of the Natural World