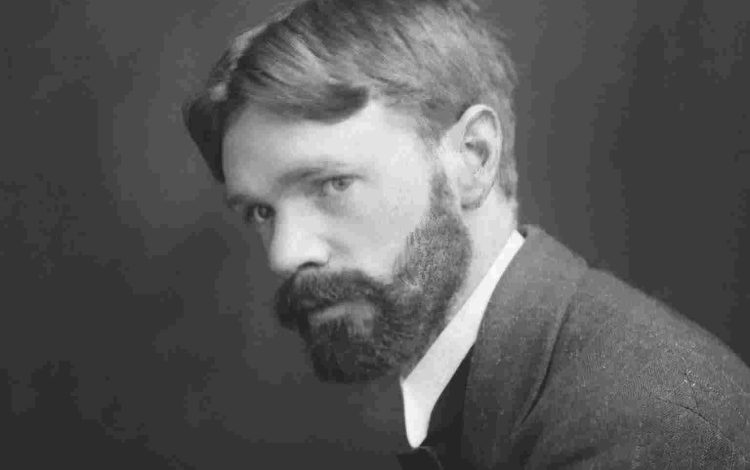 His amoral wife made the jealous writer think sex was a tragedy. By Frances Wilson

In his poem Tortoise Shout, D H Lawrence describes tortoise sex from the perspective of the male.

‘Mounted and tense’, as though nailed to the cross, he ‘cleaves behind the hovel wall of the dense female’ and, with his wrinkled neck and long limbs vulnerably ‘extruded’, curves his ‘deep, secret, all-penetrating tail’ beneath her carapace ‘’til suddenly, in the spasm of coition, tupping like a jerking leap, and oh!’ It is the only description I know of tortoise orgasm.

Lawrence liked tortoises, but this poem is about himself and not only because he and his wife also carried their homes upon their backs (the Lawrences never stayed put for more than a few months). The Lawrentian heroes who strut through his novels, like Birkin in Women in Love or Mellors in Lady Chatterley’s Lover, are domineering sex gods but, in Tortoise Shout, the fragile party is the male of the species, smaller than the female and impaled upon her like a martyr.

Forget the ‘priest of love’ of the Ken Russell films, where Alan Bates plunges his tongue into the flesh of a fig while eyeballing Eleanor Bron: Lawrence in the sack was a beast of burden.

Fewer writers have been as misunderstood as D H Lawrence, long considered the Richard Desmond of the literary world. The Rainbow, published in 1915, was not only banned for obscenity: 1,011 copies were burned by a hangman outside the Royal Exchange. Where, you might wonder, are the novel’s juicy bits?

Even the court prosecutor, Sir Herbert Muskett, admitted they were hard to locate. ‘Although there might not be an obscene word to be found in the book,’ Muskett explained, ‘it was in fact a mass of obscenity of thought, idea and action.’

Fifty years later, it was Lawrence who, as Larkin put it, invented sexual intercourse, which ‘began in 1963 … between the end of the “Chatterley” ban and the Beatles’ first LP’.

So what exactly did Lawrence have to tell us? Like many teenagers, I assumed that his books were an upmarket version of Cosmopolitan, in which I would learn where to find my G-spot. My mother’s Lawrence-loathing suggested I was right: he was, she scoffed, humourless about sex.

‘All those rippling wombs and quivering loins and singing hymns to each other’s pubic hairs,’ she used to say, before quoting with derision the passage where Lady Chatterley has an orgasm: ‘There awoke in her new, strange thrills rippling inside her. Rippling, rippling, rippling, like a flapping overlapping of soft flames’.

Why should sex be funny, I wondered? And, more importantly, how could I too get that rippling feeling? But, beyond his reverence for bodies, Lawrence had very little to reveal about the nuts and bolts of intercourse. In fact, he made it way more complicated than it already was: as a sex manual, the works of D H Lawrence were mighty confusing.

Why, for example, in Women in Love, did Ursula and Birkin have the ‘right’ kind of sex while Gudrun and Gerald had the ‘wrong’ kind? What was the difference between what they were doing? Did Lawrence think it was wrong to have sex without love, or wrong to have love without sex? And if bodies were all good and minds were all bad, how come his own whisker-thin and wheezing body was so evidently failing him? Lawrence, who contracted TB in his youth and died from it, aged 44, in 1930, was at the mercy of his body all his life.

What about homosexuality: was that a good or a bad thing? On the one hand, Lawrence liked a bit of male-on-male body surfing: take Birkin and Gerald (AKA Alan Bates and Oliver Reed) wrestling naked by the fire, driving deeper and deeper into each other, and that fine description in The White Peacock of Cyril and George drying each other after a swim: ‘To get a better grip of me, he put his arm around me and pressed me against him, and the sweetness of the touch of our naked bodies against the other was superb.’

On the other hand, homosexuality was the most repellent of all possible things; the place where madness lay. Witness the account in Lawrence’s letters of the visit to Cambridge where he met Maynard Keynes. As he clocked that Keynes was queer, ‘A knowledge passed into me, which has been like a little madness to me ever since. And it was carried along with the most dreadful sense of repulsiveness – something like carrion – a vulture gives me the same feeling.’

Lawrence, I now understand, lived inside his contradictions and believed, as did William Blake, that there is no progress without contraries. The warring of opposites began in his childhood: his mother, a socially ambitious puritan, was all mind and his father, an illiterate coal miner, all body, and Lawrence carried their differences into his own marriage, choosing a wife who was so preoccupied with physical pleasure that she seemed not to have a mind at all.

The daughter of a Prussian aristocrat, Frieda von Richthofen was amoral, promiscuous, and plump as a Christmas pudding. She and Lawrence met in March 1912 when he was invited by her husband, Ernest Weekley, Lawrence’s former professor, to Sunday lunch.

Lawrence had been struggling to find a girl who would sleep with him without what he called ‘the dirty coin of marriage’ and here, on the doorstep of this house in a Nottingham suburb, was his answer.

Brenda Maddox suggests in her biography that Frieda took Lawrence straight to bed on that day, which is typical of the tosh that is written about him. Apart from the logistics of penetrating your host’s wife while your host is carving the beef, there is the fact that Lawrence took sex very, very seriously and almost never acted on instinct. Which was of course another contradiction, because his entire philosophy was based on a belief in the instincts.

Five years older than Lawrence, Frieda was a 31-year-old mother-of-three living a secret double life. In England, she was a respectable wife who took tea with other respectable wives, but in Germany, where she went annually to visit her family, Frieda was the definition of sexual freedom. Her current lover was serving a jail sentence in Zurich for bombing a police station and her previous lover, whom she shared with her sister, was hiding in an insane asylum to avoid arrest for assisting in a suicide.

Within weeks of meeting, Frieda and Lawrence had run away to Germany.

As Lawrence’s wife, Frieda continued to shag whomever she felt like shagging, including a handsome 20-year-old who had her in a hay hut when she and Lawrence were on their honeymoon.

And Lawrence did his best to accommodate her because Frieda, they both believed, was ‘life’ itself and there was no stopping ‘life’, unless of course you wanted to be ‘anti-life’ like the husband she had just left.

Lawrence’s genius as a writer, I soon realised, lay in his forensic descriptions of sexual jealousy.

It seems likely that Lawrence became impotent, which was a tragedy for a man who believed in the power of the phallus.But sex was, for Lawrence, a form of tragedy and this is what we hear in Tortoise Shout. The tortoise, in his ecstasy, is the loneliest creature in the world.

My intellectual snobbery was born in London - Tom Hodgkinson