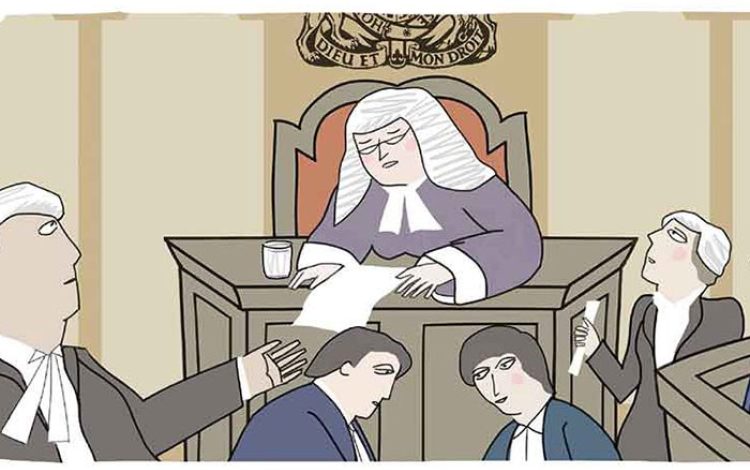 One of the saddest cases I ever tried involved a multiple pile-up on the M1. A lorry driver fell asleep, allowing his vehicle to veer into a stationary line of traffic, queuing to leave the motorway. There was an instant conflagration and several people died.

The charge was manslaughter and the question for the jury was whether the driver knew of his propensity to sudden, compulsive sleep. They found he did and a term of seven years followed.

Ever since then, whenever the merest hint of drowsiness has overtaken me at the wheel, I have found the nearest service station or exit and stopped.

Happily, however, sleepiness was never a problem which afflicted me on the Bench. Maybe that was just my good luck. Maybe it was because I used to participate in proceedings rather more directly than I should have done, probably asking too many questions.

Some judges, however, did have a problem. Lord Denning (1899-1999) in his later years, would sleep for five minutes precisely, invariably on the dot of 3pm. He’d then wake up sharper than ever – so that only the briefest recapitulation was required. But Denning was in his eighties.

Other judicial sleepers had less excuse. By definition, they were under 75. Tom Denning was the only judge unaffected by the compulsory retirement age – the age of ‘statutory senility’, as Lord Bridge resentfully called it. Denning was appointed to the Bench before a mandatory retirement age was introduced.

It isn’t just judges who sometimes fall asleep in court. In a Yorkshire case, Judge Pickles (1925-2010), was told by defending counsel, ‘I don’t know whether Your Honour has noticed, but one of the jurymen is asleep.’

‘So he is,’ Pickles said. ‘Well, Mr Green, you put him to sleep, so you’d better wake him up again!’

What’s the most troubling instance of sleepiness in court I can recall? It was a hot summer’s afternoon, sitting in the Court of Appeal in one of the Royal Courts of Justice’s then newly commissioned Crypt Courts. John Balcombe was presiding; Peter Gibson and I were his wingers. I forget what arcane point of chancery law we were addressing but, around mid-afternoon, I suddenly heard a most disturbing sound. It was John snoring loudly. Glancing round, I saw he was dead to the world.

Not only were those courts low-ceilinged and hot but the Bench was unusually and embarrassingly close to where the lawyers sat facing us. Not only was John snoring loudly but one or two of the lawyers were sniggering. The situation was intolerable.

Naturally I did my best to try and wake John discreetly, initially by raising my voice and asking counsel a series of (needless) questions. Then I noisily dropped a heavy volume of law reports on the Bench between us. None of this had the least effect. Eventually, I had no alternative but to lean across, tug John’s arm and ask him whether he was feeling all right.

Finally waking up, the poor man was suffused with embarrassment, looking guiltily around like a child caught raiding the chocolate box. Nothing, however, was said and the hearing continued to its conclusion, judgment then being reserved.

John himself was to have written the judgment, the point at issue being squarely within his expertise. But given the sleeping incident, Peter and I felt this might not be such a good idea. The task fell to Peter, the other Chancery judge on the court. Writing the judgment would have been well beyond my own competence.

I have one other memory of audible snores in court. Regrettably these emanated from my elderly father on the single occasion he came to court to witness his son’s forensic brilliance.

Not all legal trials are feasts of advocacy. Nor, alas, do all sons live up to their father’s expectations.

This Sunday is Britain's day of the dead - Celebration Day. By Charlotte Metcalf