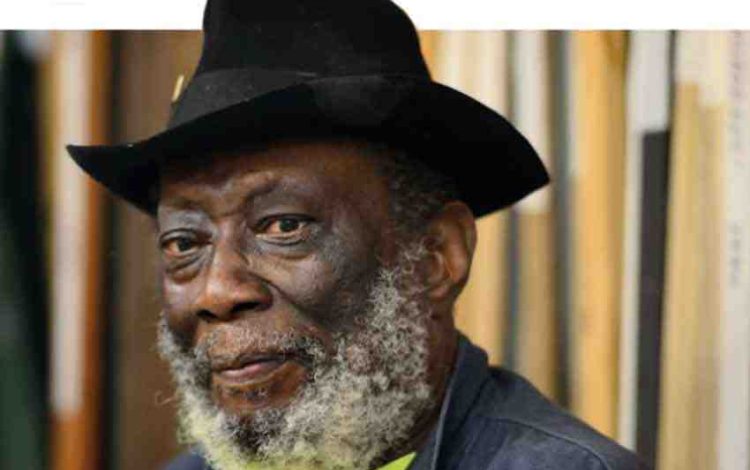 Knighted in October, Sir Frank is a poet and musician in paint

Sir Frank Bowling, 86, is not just a national treasure, knighted in October. He is treasured internationally.

Although he left Guyana at 19, its colours and brightness light up his canvases. In Britain, he won a scholarship to the Royal College of Art, where contemporaries included David Hockney, Peter Blake and R B Kitaj. When, in 1962, he was awarded the silver medal many thought that he, rather than Hockney, deserved the gold.

In the following year, along with Peter Blake and others, he was commissioned to produce paintings for the Shakespeare400 exhibition at Stratford-upon-Avon.

It took a while, partly because he disappeared for a while to New York, but, in 2003, he was the first black Briton to be elected to the Royal Academy. Now he is a greatly respected Senior Academician. He was appointed OBE in 2008.

His move to America in 1966 was prompted partly by his wish not to be pigeonholed as a Caribbean artist, and he was evolving from figurative painting to abstraction. He plunged into the New York art world, living for a time at the Chelsea Hotel alongside Warhol and Rothko, and in 1967 he was awarded a Guggenheim Fellowship. The formidable critic Clement Greenberg made him see ‘that Modernism belonged to me also’. Nowadays Bowling is still at work, directing assistants like a conductor, in New York and London studios. The simile is apt; he is a poet and musician in paint.