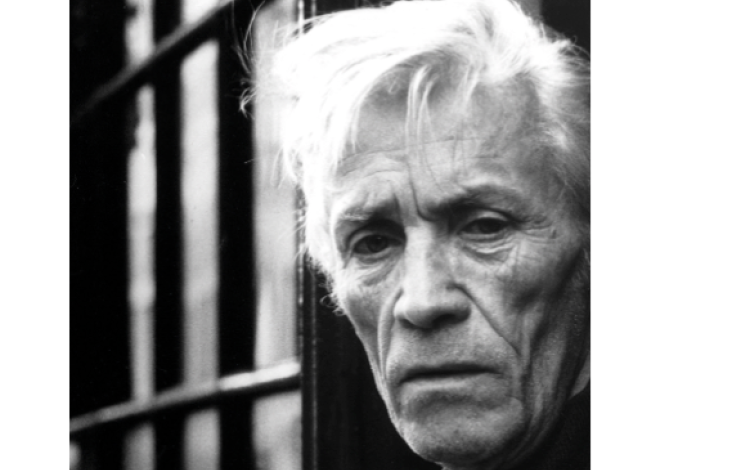 I spent more time with Jeffrey Bernard than Boswell did with Dr Johnson. But, in the Soho of the Eighties, it was difficult to remember what had happened the night before. In any case, Jeffrey was his own Boswell in the Low Life columns for the Spectator that gave a version of his life.

He spent most of the hours between periods of unconsciousness in conversation. He was good at it, and it served as a rehearsal for his columns, typed in the unreal, early hours of press day with seldom a correction.

The Coach & Horses was his rehearsal room. In that decade, it was one of a clutch of Soho conversation pubs where painters and poets gathered, with Francis Bacon and Lucian Freud among them. Stagehands, actresses and shoplifters (down the other end, with the Italian gangsters) talked and shouted at each other, too. Its radical democracy admitted anyone but bores.

There was no music in the Coach and, in the evenings, swelled by students from St Martin’s School of Art, it was jammed like a rush-hour Underground train. The air was full of cigarette smoke and voices.

Jeffrey was best at the plateau of lunchtime. At 11am, he came into the pub by the door from Greek Street at the far end, the shallow end. Perhaps he’d take a paper napkin – from a bunch put out, folded in a glass, on the counter by the landlord Norman Balon’s mother, ready for the lunch trade – and blow his nose, dripping with the exertion in the fresh air of getting to the pub.

His hand shook. It was, he remembered being told by a medic, a benign tremor. His muscles were beginning to waste. And this was a man who’d fancied himself as a boxer.

‘I’m as weak as a kitten,’ he’d say, as he climbed on to the high stool at the bar. By the end of the decade, when he was in his late fifties, his knees were thicker than his thighs.

We’d sit, five or six regulars, at the end of the bar towards the lavatories. Jeffrey drank vodka, ice and soda. He had stopped taking lime; because of diabetes, he said. Norman provided soda siphons, heavy things of polygonal, thick glass with a cream, Bakelite nozzle. Soda was free. It could also be a weapon in the daily combat of pub life.

‘Don’t drown it,’ Jeffrey might say if the barman added too much.

‘Any chance of some soda?’ he would cry if the siphon was empty or out of reach.

His once stylish dress was a bit dog-eared and unfashionable. He’d wear a blazer and jeans and sometimes grey leather shoes – a mistake. He hadn’t lost his hair, now grey, and his eyes were part of his charming smile. His cheeks were sinking in.

When admirers came into the Coach, they would sometimes say, ‘Are you Jeffrey Bernard?’, pronouncing the surname like the St Bernard dog. He would say, with a loud sforzando, ‘B’nard.’

He was proud of a quiver of facts: that his mother was an opera singer; that he had first made a betting book at school aged 15; that he had five hundred books on his shelves.

Jeffrey had heroes: boxers, jockeys, writers and Nelson, a small bust of whom stood on his desk in his lodgings.

Another was Byron, and Jeffrey made his life an audition for the role of Byronic hero. In his room at the art-writer Geraldine Norman’s flat, there were framed photographs covering a whole wall, showing Jeffrey alongside a series of greats, including Graham Greene, Lester Piggott, Francis Bacon, Richard Ingrams and Peter O’Toole.

At a party at the flat, a woman asked his brother Bruce whether that was Jeffrey’s room. ‘Either that,’ he replied, ‘or someone who likes him very much.’

Homelessness came to Jeffrey as a counterpart to freedom, after he left his mother’s house in 1948 at the age of 16. He had already been introduced to Soho by his brothers, Oliver and Bruce, and took odd jobs as a labourer or washing up.The artist John Minton, then 30, rescued him from shipwreck. Homosexual, Minton took promiscuous pleasure with rough trade – ‘sailors, mostly’ – but enjoyed the company of good-looking, young men.

Jeffrey went with him to the cinema and ate with him in restaurants. He gave Jeffrey ten shillings a week. I don’t think he did anything for it but be charming. Minton killed himself, aged 39. Perhaps it was the charm that made Graham Mason, the drunkest man in the Coach & Horses, caution me, ‘Don’t mess with those Bernard brothers.’

But I did, first with Jeffrey, then with the often silent middle brother, Bruce, who had a deep knowledge of photographs and paintings, and shouted when he sensed injustice. The eldest, and last to die, in 2013, was Oliver, the poet and translator of Rimbaud, of whom in youth he was the double.

Who can account for their extraordinary abilities? They weren’t just talented; they were uncompromising.

Who made Jeffrey famous? Keith Waterhouse, perhaps, with his play Jeffrey Bernard Is Unwell (1989), to which Peter O’Toole took with such sympathetic gusto. But Waterhouse simply presented on stage some of Jeffrey’s Low Life columns almost word for word.

Norman Balon provided a pub as Jeffrey’s refuge and office. It was not always a convenient office. One afternoon, just after opening time at 5.30, I found Jeffrey there with Finola Morgan, a bright and pleasant Islington teacher. He went over to the phone to file his copy for the Sunday Mirror.

After a bit, he shouted over to Finola for a drink and a cigarette, which she supplied. A couple of minutes later, he shouted for a match. Finola said, ‘I haven’t got any.’

Jeffrey broke off from dictating to say, ‘Well, f**king buy some.’

She did buy some and threw them over to him. As he had the receiver in one hand, and a manuscript and a glass in the other, he dropped them. He shouted, ‘You are the most f**king annoying woman I’ve ever met.’

After he’d filed, they kissed and had another drink.

Michael Heath the cartoonist perceptively remarked that Jeffrey’s hobby was observing his own physical dissolution. Two sebaceous cysts developed behind his ears. Heath suggested he make a feature of them, with little hats. Jeffrey laughed. But a brilliant surgeon from the Middlesex removed them without Jeffrey dying under the anaesthetic.

He was drinking a bottle and a half or two bottles of vodka a day. He dreamt, when he could sleep, of being eaten by giant maggots. Diabetes led to gangrene and a leg was amputated below the knee, by the same brilliant surgeon. Jeffrey could now, when annoyed, wave his stump. A prosthetic leg was left standing in the bath at home. I sometimes wheeled him back to the high-rise council flat in Berwick Street he’d now got.

He resented, I discovered, my attempt to save his life when he’d gone off on a freebie to Venice; I managed to get a nurse to accompany him on his flight back. He meant to die there, to match the headline ‘Jeff in Venice’. Later, he was on dialysis. He held a party the day he turned the machine off. I didn’t go.

One day, Michael Heath and Jeffrey were playing the gambling game spoof in the Coach. Conan Nicholas (the man who invented cat racing) said, ‘I had a game of spoof with Frank Norman once and I won £1,000 off him. I said, “Forget it, you can buy me lunch.”’

Jeffrey leant over and said, ‘The true story is that Frank won the £1,000 and then dismissed you with contempt. He said, “F**k off. Forget it.”’

‘Honestly, Jeff,’ said Conan, ‘I can’t remember which way round it was.’

‘I should drop that word “honestly”,’ said Jeffrey.

It was a chilling example of how Jeffrey could drive people away by ruthlessly withdrawing affection and challenging them to rebuff him.

My own affair with Soho outlasted Jeffrey. Despite everything, he was lovable.