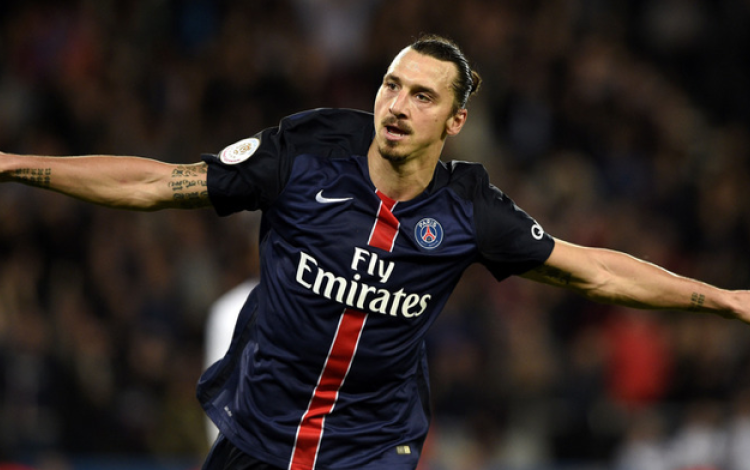 It is a secret ballot, a matter to be shared solely between the person making his or her decision and the paper on which it is written (or in these days of electronic voting, the email). So it would be breaking all protocol to reveal that, for this year’s Football Writers’ Association Footballer of the Year, I will be putting my cross alongside the name of Zlatan Ibrahimovic. Oops.

This is the football season’s most prestigious gong, handed out every year since 1948, when Charlie Buchan, the founding chair of the FWA, first presented the award to Stanley Matthews. The guiding principle of voting is enshrined in the organisation’s constitution. The award, it says, should go ‘to the professional player who by precept and example is considered by a ballot of members to be the footballer of the year’. And for oldies everywhere, when it comes to precept and example, Ibrahimovic has no peer. This is the man who gives hope to all of us of advancing years.

Ibrahimovic is 35. That might seem insultingly young. But like dogs, footballers age at a quicker rate than the rest of us. Just look at Wayne Rooney, a man at sixteen and a creaking, arthritic has-been at thirty. For someone plying their trade in the Premier League, 35 is well on the wrong side of past it. Yet, in his first season in England, Ibrahimovic has proved to be as effective as ever; at present he is in serious danger of finishing as the league’s leading scorer.

I admit, when he signed for Manchester United last summer, I was among the manywho thought he was coming to England simply to buff up his pension. He had worked with José Mourinho, the freshly appointed United manager, before, and the Portuguese clearly trusted him. But it seemed a signing whose time had long passed. Sure, the giant Swede had been a totemic figure in Spanish, Italian and French football. But that was then. And the English game is unforgiving of those unable to keep up with its frantic pace.

I saw him play for Paris Saint-Germain last season and frankly I have seen wardrobes move more frequently than he did. He stood in the centre circle, seemingly aloof from the action, his entire contribution once ambling into the penalty area to connect with a cross. The fact that he scored I put down to pure happenstance.

For sure, he had been a player I had long admired. His skill, his presence, his lynx-eyed finishing ability: these were assets any team would covet. Plus, he was always likely to liven up the discourse. He is the author of the finest sporting autobiography of all time (the modestly titled I Am Zlatan). His inflated sense of self-worth is heroic in its comical reach. That day I saw him in Paris, he had spent time after the match speaking to the press in four different languages, filling notebooks with fizzing one-liners.

What an asset he would have been in the Premier League, I remember thinking, as he made me smile with his analysis. Just a shame it seemed far too late for him properly to make his mark.

How wrong I was. Seven years older than Eric Cantona was when he first signed for United, Ibrahimovic has proved to be almost the Frenchman’s equal in terms of the effect he has had on the club. It is not just the goals he has brought – though that is the single most important currency in the game. It is the lack of inhibition, the absence of self-doubt, the infectious sense of certainty that he delivers.

For sure, he is not the most engaged player on the pitch. He is not acquainted with every blade of grass, unlike Chelsea’s ubiquitous N’Golo Kante – along with the dazzling Eden Hazard, his only legitimate rival for the award. Ibrahimovic doesn’t do covering or hassling or closing down. Actually he doesn’t move that often. But when he does, it is invariably to telling effect, pouncing with cobra-like precision. His rationing of his effort is an art form.