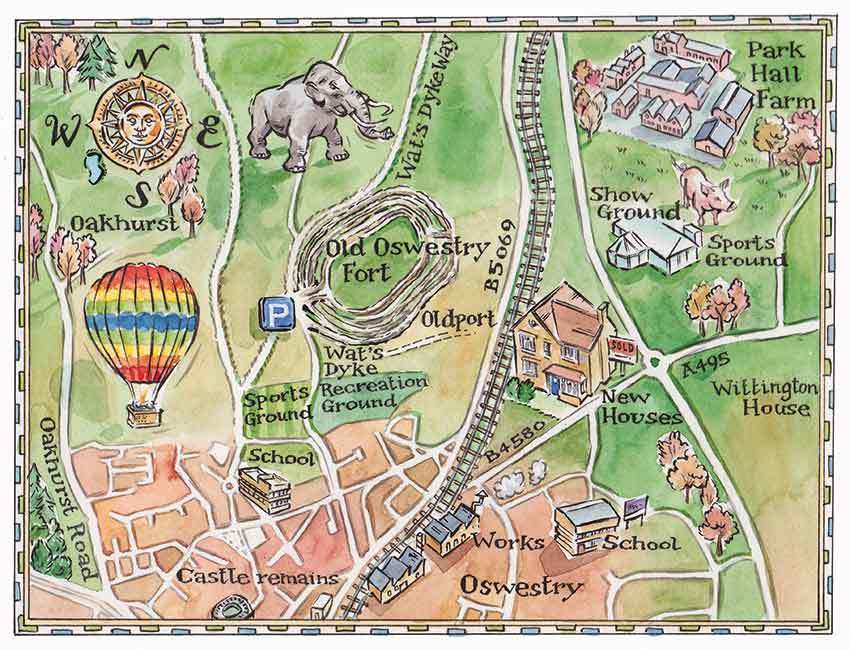 This walk is a circle in a landscape of lines. Through the borderlands of England and Wales is the arrowing diagonal of Watling Street, paved by the Romans; and Wat’s Dyke and Offa’s Dyke, the linear ditches that once divided warring kingdoms. Amidst them, rising majestically, is Old Oswestry hillfort, an epic circle of ramparts enclosing 20 acres of grassy hilltop where once stood an Iron Age city.

There was no sense of the scale of ‘the Stonehenge of the Iron Age’ when I climbed from the lane below its western boundary with my friend John Vidal and his partner, Jenny. (They live nearby in a cottage with a garden that contains the first industrial forge in North Wales. ‘This is where the Industrial Revolution started,’ John likes to tell his guests, insouciantly waving at his dahlias.) There was no sense of much at all, to be honest, because we strode out, heads bowed, against a filthy late summer’s day, rain cascading from a gunmetal-grey sky.

There was no visitor centre or heritage factory nonsense; just a lane-side parking spot, a steeply ascending path and a couple of earnest, archaeological noticeboards proclaiming Old Oswestry to be a fine example of a ‘multivallate’ hillfort – one with more than three ditches.

These ramparts were constructed over a thousand years, from 800BC, during which the fort was in use. Legend has it that Queen Ganhumara – Guinevere of Arthurian legend – was born here.

The riddle of earthworks on the western side, their depths partly obscured by swaths of bracken and broom, may have been constructed to maze potential attackers or simply to display the mighty power of the possessors of the fort.

At the top of the hill we found two ramparts we could circumnavigate, making this a stroll of two laps; a pleasing circle within a circle. The large, flat top was almost cloud-struck but through the mizzle we could dimly make out the rolling, well-hedged hills of Wales to the west and the flatter plains of Shropshire to the east. On a clear day, such views will be spectacular.

There was no hint of another living thing in the murk, which helped these ancient earthworks grow in presence and meaning. They positively hummed with a sense of deep history and past lives. When we reached the centre of the inner circle, we stumbled on the most enormous cowpats but no super-sized bull. ‘They have elephants up here!’ exclaimed John. ‘No – mastodons!’

Anything seemed possible in a landscape wrought to an unfathomable scale by humans long before machines. This feat was as impressive as the grandest schemes of the industrial age. Such diggings have proved impossible for any following epoch to undig, although we have periodically put them to use. Soldiers, possibly including Wilfred Owen, were prepared here for the trenches of the First World War.

Old Oswestry today is under siege by a much pettier but irresistible force. New Oswestry has crept closer to the old hillfort, and now there are plans to build 52 homes (and possibly more) an intrusively close distance from its base.

As we circled the fort, eventually meeting one dog-walker whose coated terrier looked furious about his soaking, John told me of gathering resistance to the plans. Archaeologists have spoken out against the new houses, and there are enough protesters to link hands around one of Old Oswestry’s circles. Will they see off the marauding house-builders?

Even the developers appear to be aware of the absurdity of despoiling such a monument with something so feeble as red-brick homes with a 30-year lifespan. ‘The house-builders have been saying, “We can take these houses down again in the future and go back to nature,”’ said John. ‘Can you believe it?’

I can. And I suspect that, whatever unfolds in the surrounding fields in the coming years, Old Oswestry will win. 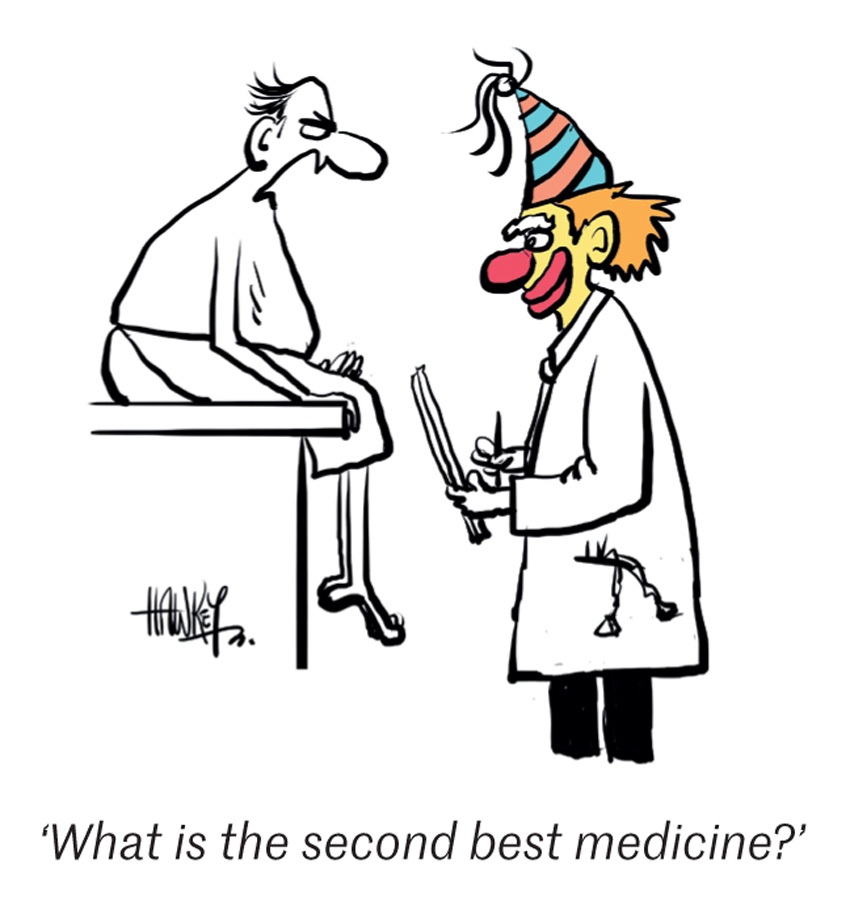 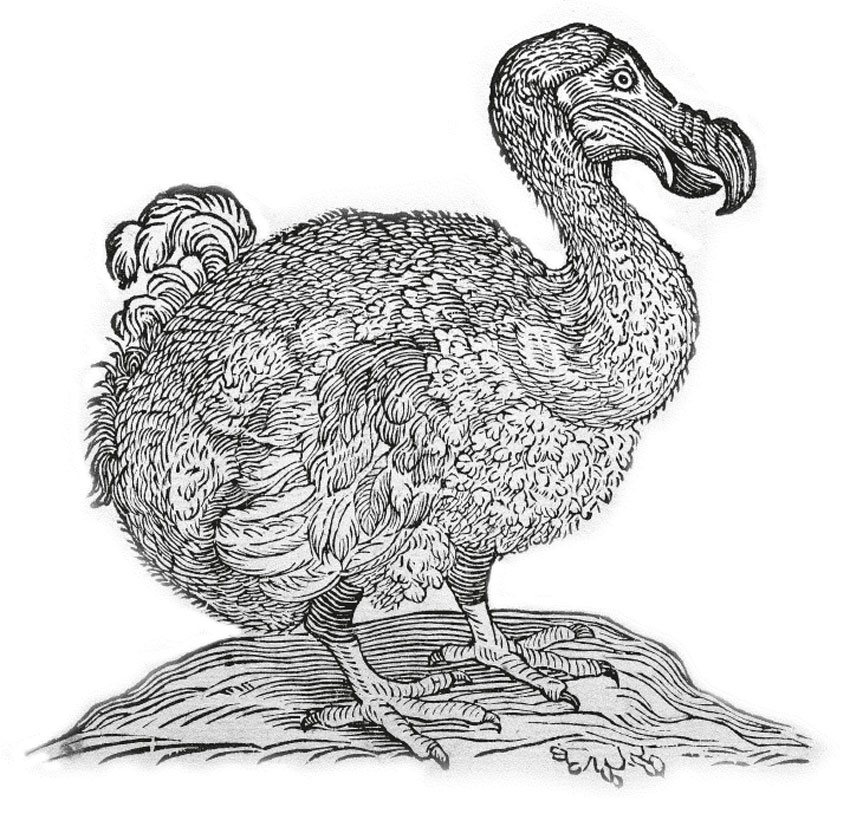 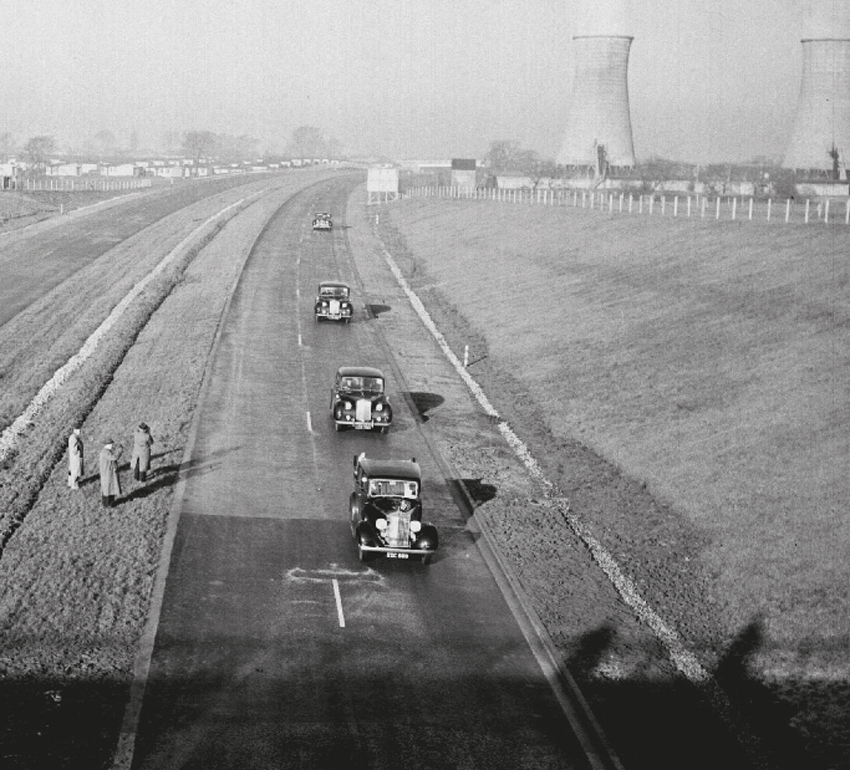 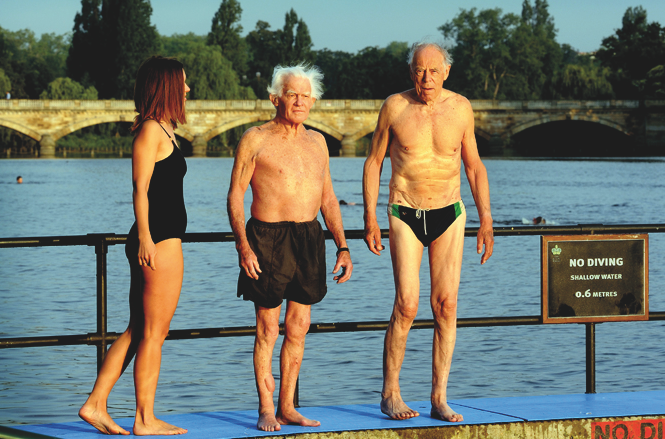 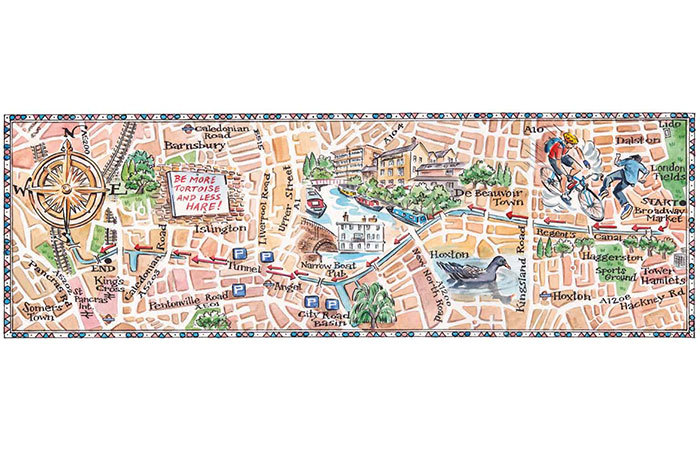 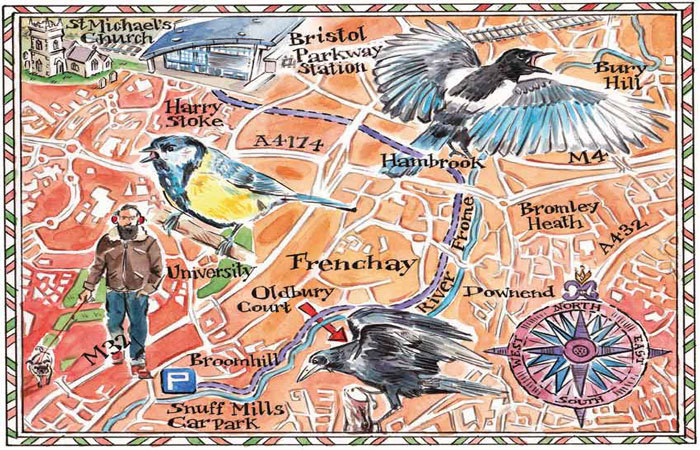 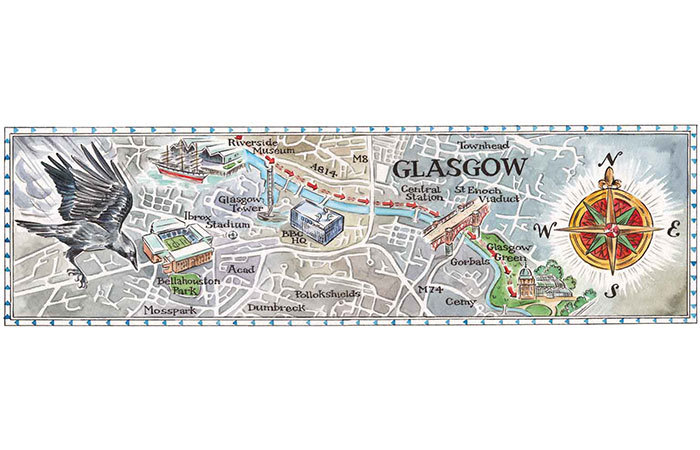 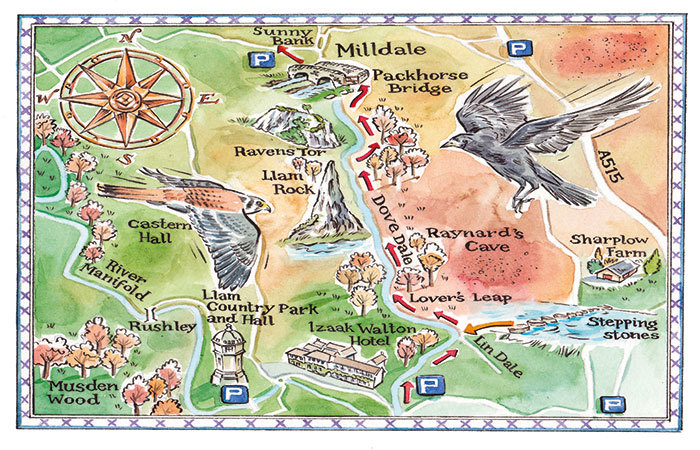 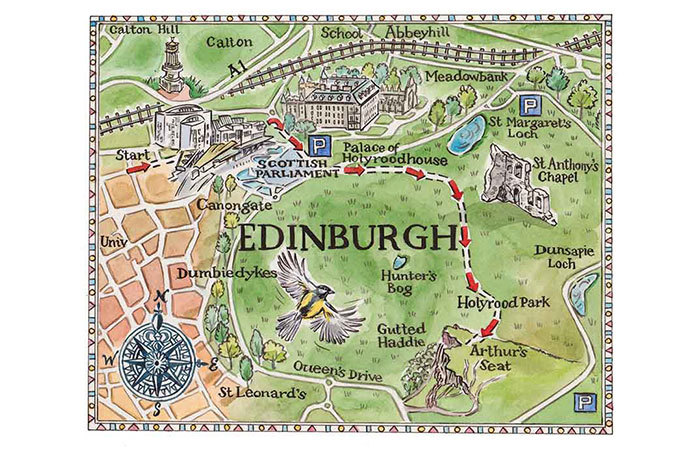 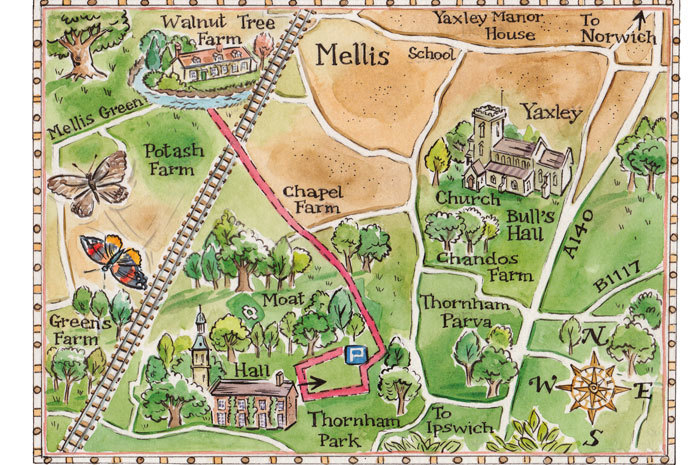