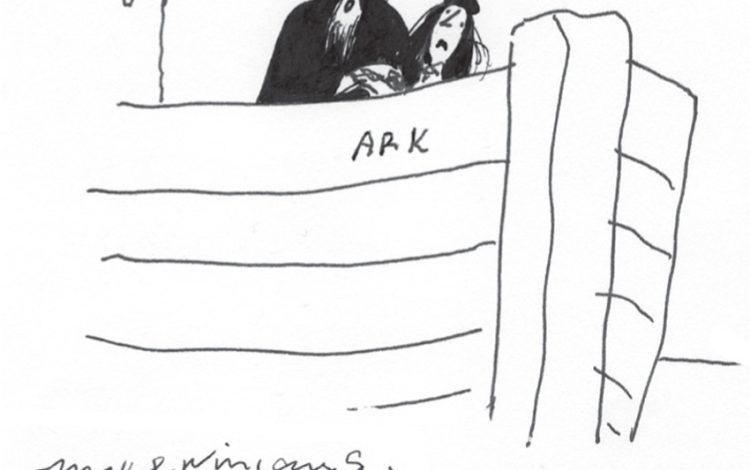 ‘Phobias simply aren’t funny.’ That’s what I tell the guffawing boys in the school where I work, when they spend playtime planting spiders in the hair of screaming girls. I am the last person to find humour in the phobia of another. I have so powerful a dread of certain creatures that I cannot even look at their photographs. I can hardly bring myself to write the name of the monstrous beasts. Moths. There, I’ve said it – or rather written it. Flicking through a free newspaper on a crowded Tube train a few weeks ago, I turned a page and – aaagh! There it was! A photo of a giant moth with zombie eyes on the back of its mottled wings. An animal cry escaped my lips and I involuntarily hurled the newspaper across the carriage.

The problem with being afraid of moths is that many of my Jamaican friends believe that when you die your spirit enters a moth. The human condition, Jamaicans have told me, is akin to the state of a caterpillar – a prelude to morphing into a moth. That Jamaicans turn into moths can be scientifically proven. Every Jamaican acquaintance of mine has discovered a giant moth in their house following the death of a loved one. Most Jamaicans are philosophical about this and blandly refer to the moth on their wall as ‘Uncle Devon’, or ‘Aunty Hilda’. My poor friend Bluebell is, unfortunately, a fellow mottephobe. A while ago, she phoned me up in a state of anxiety. Aunt Eadie, in moth-incarnation, was sitting on her kitchen wall. Bluebell was in a quandary. Should she cherish or swat Aunty Eadie? Her solution was to ask me – me of all people! – to call round with a large glass, place it gently over Aunt Eadie, slide some paper under the glass, open a window and let her flutter mothily away.

Never have I experienced such terror as when exchanging glances with the eyes on Aunt Eadie’s wings. Dropping the glass from my nerveless fingers, I instructed Bluebell’s seven-year-old child Cynthia to perform the deed. Cynthia escorted Aunt Eadie from the premises with a smirking, superior manner. Grown-ups screaming at something patently non-frightening must be the most delicious sight a child can witness.

However, a few children stand out as being uniquely noble when it comes to phobias. One such child is my grandson, Dante. Eight-year-old Dante lives three doors away from me. I fetch him every morning and take him to school. The other morning, as I ran down from my upstairs flat, I noticed a strangely shaped blob next to the door knob. Close inspection revealed it to be an unusually demonic moth, with raggedy wings and a furry bumblebee back. It appeared to be sneering at me as it barred my way. If it were human it would have had a broken nose, tattoos and a skull daubed on its torn leather jacket.

I ran straight back up the stairs, then realised this was a bad idea. How would I be able to collect Dante and get to work? Girding my loins with every fruit and fibre of my being, I ran down the stairs a second time, looked at the monster, screamed, and ran back up again. Having repeated this exercise several times, I stood at the top of the stairs panting, wondering what to do. The moth looked as if it was comfortably settled in for the next few days. I could not open the door without going near it – and I could not go near it. Perhaps it was dead and would never move, in which case I was trapped in my house forever. Should I call the police, fire brigade or ambulance?

Ten minutes later, the doorbell rang. It was Dante! My saviour!

‘Dante!’ I shouted through the door.

‘Granny! Where were you? I’m late! They’ll make me miss my playtime.’

‘Dante, listen. There’s a moth. Just by the door, so I can’t open it. I’ll throw the keys out of the window. You must fling the door wide open and I’ll run out. Got that?

But Dante could not turn the bottom lock. The key rattled loudly. The door was kicked a few times. More key rattling and clattering. Another kick. Seconds – minutes – ticked by, punctuated by my howls: ‘Turn it to the right. Clockwise, Dante, clockwise!’

After what seemed like hours, the door was hurled open, at which point the moth stirred to life and batted its mighty wings at Dante who, with a terrible shriek, slammed the door shut again before I had time to get out. Then for some reason, he double locked the door once more. The moth settled back into its cosy position by the door knob, and Dante and I resumed our ‘Clockwise! To the right!’ ‘I can’t! The key’s stuck!’ routine

Just as I was wondering how many sheets I would need to knot into a rope, and how proficient I would be at scaling down two floors, Dante suddenly clocked which way a clock hand turns and burst the door open. I ran blindly to safety screeching with terror. Dante and I streaked down the road, bellowing with laughter. Apparently Dante stopped laughing when he missed his lunch break for being late. And I stopped laughing when I remembered I would have to go home at the end of a long day to face the monstrosity on the doorknob. But I still smile when I think about ‘the Moth Day’ as Dante calls it. Why? Who knows? Phobias are just, well, funny.

Locked down with my daughter - Anne Robinson