The Beatles and me 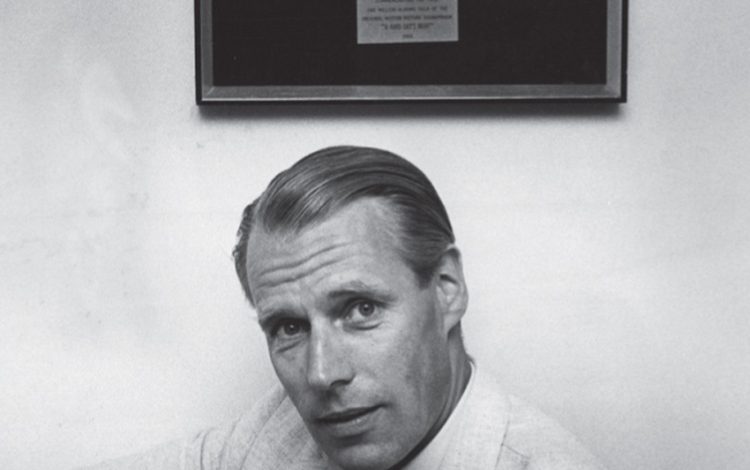 Mark Ellen recalls a conversation nine years ago with the Beatles producer George Martin, who has died aged ninety

Every Christmas Paul McCartney sent George Martin a top-of-the-range Fortnum & Mason hamper and the Martins would lift its creaking wicker lid and fear the worst. Sure enough: all the meat and fish products had been confiscated. ‘Those delicious pâtés,’ he sighed, ‘the smoked salmon, the turkey, the hams – all gone. Nothing much there apart from some now rather redundant cranberry sauce and mustard and a few biscuits. But that’s Paul,’ he shrugged fondly. ‘He’s a militant vegetarian.’

He smiled, too, at the glorious contradictions in the life of George Harrison, who once turned up when Martin was recovering from an ear operation to place a health-giving statue of the Hindu elephant god at his bedside. After parking his £660,000 scarlet McLaren F1 in the drive.

Fittingly it was the Beatles’ off-beam wit and charisma that caught his attention when he auditioned them back in 1962. He felt they had the raw charm to be entertainers; he could work on their sub-standard music later.

‘We took them out to this posh restaurant just off Manchester Square,’ he remembered. ‘The waiter arrived with some mangetout peas and John Lennon took one look and said, “Can you put that over there, away from the food?” ’

George was 81 when I interviewed him in his splendid old stone house in 2007. You could see Wiltshire from one window and Oxfordshire from another, out past the tree house and trampoline for his six grandchildren. Wise, soft-natured and effortlessly optimistic, he topped up our wine glasses and told me the reason the Beatles had taken to him: it was because he was the man who’d produced the Goons, Bernard Cribbins and, later, the four Cambridge students he transformed into international recording stars in 1961.

‘Peter Cook was the funniest of Beyond the Fringe but he was so cruel. Someone asked him what his biggest regret was and he said “saving David Frost from drowning”. Frost had got into difficulties in a swimming-pool and Peter had dived in and pulled him out. I remember David ringing him once and saying, “I’m having a dinner party with a few friends, would you like to come?” And Peter said, “When is it?” And David said, “The 26th, about three weeks’ time.” And Peter wandered off to look in his diary and eventually returned to the phone. “Sorry, old boy,” he said, “I can’t make it. I see that I’m watching television that night.” ’

What did he remember about recording ‘Alfie’ with Cilla Black?

‘Poor old Cilla. We put these screens around her, thirty-piece orchestra, completely live, you couldn’t make a mistake. She was absolutely petrified. She was only 22. And Burt Bacharach [who wrote the song and was playing piano] kept making her do more and more takes so inevitably she started fizzling out. And I said, “Burt, what are you looking for?” – all this over the intercom, everyone’s listening – and he said, “That little bit of magic, George.” And I said, “We’ve got it, Burt, in Take Three.” I played it back to him and he eventually agreed. Cilla still tells this story now, very sweetly: how George Martin saved my life!’

Didn’t he once get to watch a Frank Sinatra session?

‘Yes, that was for “Come Fly With Me”. I watched in the control room with Frank’s date at the time, Lauren Bacall. I remember his explosive reaction when he saw the album cover – an aeroplane sporting a very prominent logo for Trans World Airlines, indicating Capitol had done a deal with TWA but cut the singer out of it.’

Out in George’s hallway hung a magnificent mirror framed with exquisite, hand-chiselled marquetry full of symbols to celebrate every aspect of his life, a gift on the occasion of his knighthood in 1996. Some flagged up his passions – a yacht, a snooker frame, a grapevine; others were images from his professional life like the emblem of the Fleet Air Arm which he joined aged seventeen in 1943, though happily avoided any action. Their aircraft-carrier, bound for Japan, was told it was surplus to requirements as an atom bomb had been dropped on Hiroshima. ‘I was so lucky. Do you remember that sketch that Peter Cook and Jonathan Miller did, “The Officer and The Commander”? “The war’s not going so well, Perkins. We need a futile gesture. I want you to take a Mozzie and a few bombs – not too many – and nip over to Berlin. And Perkins … don’t come back.” ’

At the bottom of the mirror was a coat of arms, a swift-like bird with a small wind instrument above three insects – ‘a Martin with a recorder and three “beetles”, as only three were alive at the time’ – and below them the inscription Amore Solum Opus Est, All You Need Is Love.

Any regrets about his long and illustrious life?

‘My only regret with the Beatles is that I was wrongly advised and signed away my royalties to their records – about half a penny per title but, with them, that would have been an enormous amount. But I’ve got all the money I could want. I tend to look at people and think: are you a good human being? That’s what impresses me most rather than what they’ve achieved. These days people don’t believe in anything apart from money and success. I really believe family and love are more important than anything. Amore Solum Opus Est, indeed!’