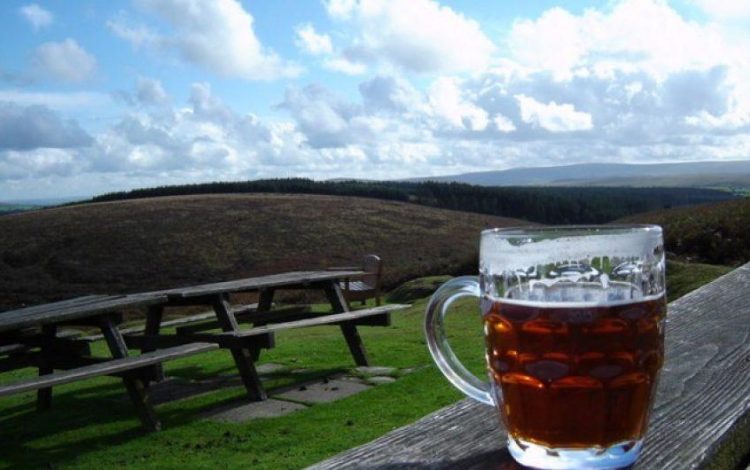 Come April 12th pints of foaming ale will once more gush from hand pump to tankard, and we will cavort merrily around picnic tables like Breugel’s peasants, rejoices Bill Knott

Pubs, so we are told, have been swamped with garden bookings from 12th April onwards, when pints of foaming ale will once more gush from hand pump to tankard, and we will cavort merrily around picnic tables like Breugel’s peasants.

Until it rains, of course, when, snubbed by the snug, we shall have to huddle under sodden parasols or retreat to our cars.

At the Plough and Fleece in Horningsea, near Cambridge, in the mid-1970s, it always seemed to be raining. I know this because my brother and I were frequently banished to the back of the family Escort as the rain lashed down and our feckless parents caroused within. One or other would occasionally emerge with halves of lemonade and a bag of crisps, or – had we been tooting the horn – a clip round the ear.

On my 14th birthday, I was finally allowed inside, for dinner in the lounge bar. I have long forgotten what I ate but the sneaky half of bitter shandy, served with a sly wink by a benevolent landlady, was truly memorable. I have never looked back.

The landlord at another of my parents’ favourite haunts, the Tickell Arms in Whittlesford, would not have been so obliging. Squire Kim Joseph Hollick De La Taste Tickell, as he styled himself, was eccentric by name and even loopier by nature: children were banned, as – according to a rambling notice on the front door – were CNDers, lefties, jeans-wearers, unescorted or ‘modern’ women, men with earrings and any other undesirables who sprang to mind.

His list was longer than Ko-Ko’s in The Mikado; even had I been 18, I would have needed a severe haircut before being served, since the Squire treated hippies with especial opprobrium.

Suitably shorn, I first visited the pub in the mid-1980s. The Squire was disappointingly well behaved: soothed, I suspect, by several pewter goblets of Champagne, some stirring choruses from Wagner and the attentions of his inamorato, the lederhosen-clad Siggi, short for Siegfried.

I goaded him by asking the way to the toilets – his stock reply was ‘You will see a sign above the door inscribed “Gentlemen”. Ignore it and go straight through’ – but he merely pointed the way and carried on conducting the valkyries.

His death, in 1990, prompted many reminiscences from patrons he had either entertained or vilified, and often both. One correspondent in the Times recalled an arrogant student complaining of the cold and asking for another log on the fire. The Squire vaulted the bar, told the student to stand up and ‘proceeded to smash his chair against the wall, break it into bits and put it on the fire’.

Another remembered his morning habit of bathing naked in the garden’s trout pond, and then walking naked through the bar ‘with algae dripping from his personage’.

Come the Glorious Twelfth, the Tickell Arms and its gardens will be open once more. Patrons are no longer in danger of being chased from the premises by a monocled, mace-wielding Squire, nor will errant parkers have their registration numbers bellowed through a loudhailer, and the only creatures emerging naked from the pond will be ducks.

They sure don’t build them like Squire Kim Joseph Hollick De La Taste Tickell any more.