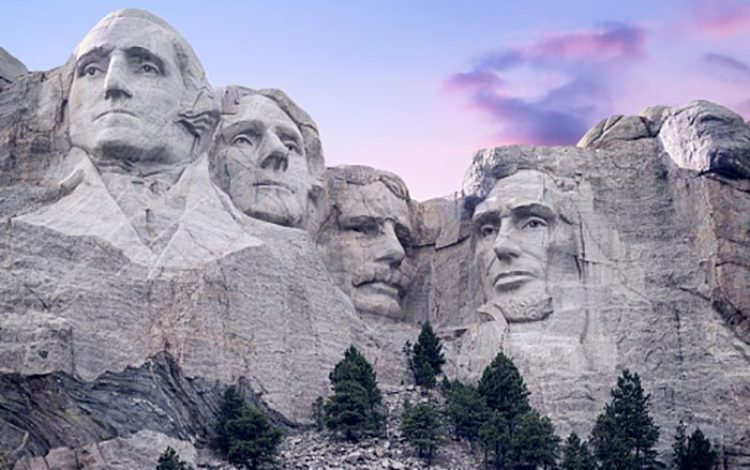 David Horspool explores American presidential slip-ups, from the fall of Saigon to the Afghanistan scuttle

Not many people in this country, I would guess, grow up wanting to be Prime Minister – apart from the present incumbent, who at the age of five declared that he wanted to be ‘World King’.

In the United States, the story is different. An annual holiday around the time of George Washington’s birthday (22nd February 1732) is popularly known as Presidents Day, and every American child knows that (as long as they were born in the USA) they can grow up to be president. Presidents are engraved on the currency and carved into rock faces.

Iain Dale, who previously edited a collection of essays on the British prime ministers, has compiled a new collection on the US presidency. Our eyes light on some of the starrier choices of contributors and the presidents they have written about. George Osborne tackles Lyndon Johnson. If LBJ – civil-rights champion, architect of the Great Society – seems an odd choice for a former Chancellor remembered mostly for austerity, who was part of a government that initiated the ‘hostile environment’ policy on illegal immigration, Osborne reveals why.

LBJ’s presidency, Osborne writes, is a ‘timeless study in politics. Weighing his often gross methods against his enormous achievements, you are confronted with a perennial question: when do the ends justify the means?’

It’s a question that those politicians not in possession of a faultless moral compass – ie most of them, like most of us – must ask quite often. Osborne, known as the canniest political operator in government, also clearly admires Johnson’s legendary powers of persuasion and mastery of personal manipulation: ‘Visit his Texas ranch and he’d manoeuvre you into the deep end of his pool, where he could stand, and have you tread water while he negotiated with you.’

At six foot three and a half, Johnson was the second-tallest president in history (after Abraham Lincoln, who in this, as in everything else, overshadows his rivals). In his contribution on Harry S Truman, the economist David Blanchflower treats us to a short disquisition on the importance of height to winning the presidency, where the taller candidate generally beats the shorter.

For anyone looking for patterns and precedents among the presidents, they are certainly there, and often among the less celebrated. If you think the last two elections were the most bitterly contested in US history, consider the one in 1876 that put Rutherford B Hayes in the White House – a Republican who had to rely on a Democratic concession to break a deadlock when three states returned competing results.

The compromise was one of the most far-reaching – and pernicious – in post-Civil War history. Hayes agreed to withdraw federal troops from the south, thus ensuring that Reconstruction, the process by which the gains of the North’s victory in the war were being shored up, ended. The result was segregation, Jim Crow laws, black-voter suppression and the promotion of the myth of the Lost Cause of the Confederacy, which still bedevils US politics today.

The Vietnam War is another precedent that continues to preoccupy the minds of those in the Oval Office. Osborne gives Johnson, and his escalation of the war, the benefit of the doubt, on the basis that foreign-policy interventions are always hard.

Colleen Graffy, a former Deputy Assistant Secretary of State, writes that George H W Bush’s limited intervention in Iraq was planned ‘with Vietnam in mind’. However, she doesn’t say how that squares with his ill-advised call ‘for the Iraqi military and the Iraqi people to take matters into their own hands and force Saddam Hussein, the dictator, to step aside’.

Bill Clinton, Poppy Trowbridge tells us, initially resisted intervening in the former Yugoslavia because he was ‘not going to go into my own Vietnam.’ Andrew Adonis’s essay on Joe Biden doesn’t make the specific parallel between what he calls the ‘scuttle’ from Afghanistan and the fall of Saigon, but Biden, an opponent of the Vietnam War as a young man, cannot have been unaware of it.

Some precedents might seem to be missing. Spanish Flu, the pandemic that killed nearly as many Americans as has COVID, is mentioned in the essay on Woodrow Wilson by Roy Hattersley, only to say that the President may have contracted it in Paris.

In fact, the American response to the outbreak, which include familiar measures such as mandatory mask-wearing and business lockdowns, was enacted mostly at a state and city level. One reason is that, for the last 18 months of his presidency, while the flu raged, Wilson was incapacitated by a stroke, which also put paid to his attempt to promote the League of Nations.

The overall impression, when one considers the American presidents en masse, is that for all the great men who have occupied the role, there have been as many – if not more – duffers. Honesty might have elevated some (Washington, Lincoln and John Adams), but dishonesty wasn’t a bar (Thomas Jefferson, Lyndon Johnson, Nixon, Clinton and Trump).

With few exceptions (Taft), they became president because it was what they wanted to do above everything.

And, as the journalist David Broder said, ‘Anybody who wants the presidency so much that he’ll spend two years organising and campaigning for it is not to be trusted with the office.’

’Tis the season to be jolly drunk - David Horspool