The enduring popularity of John Piper 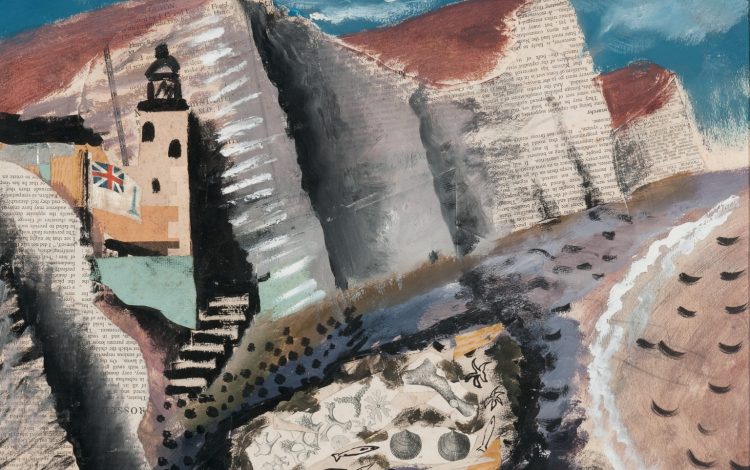 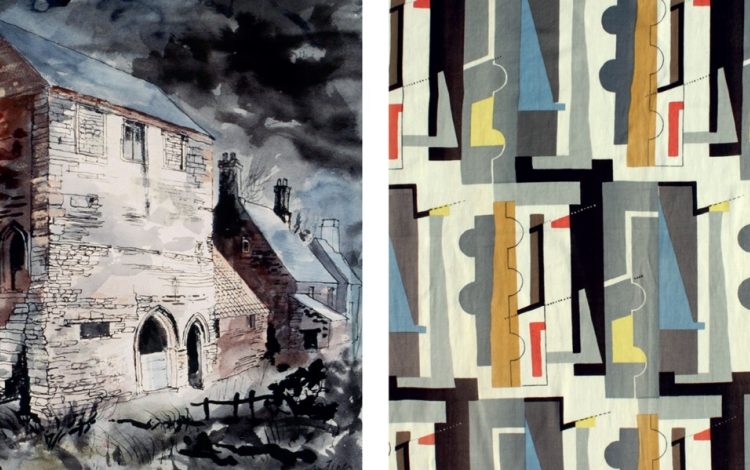 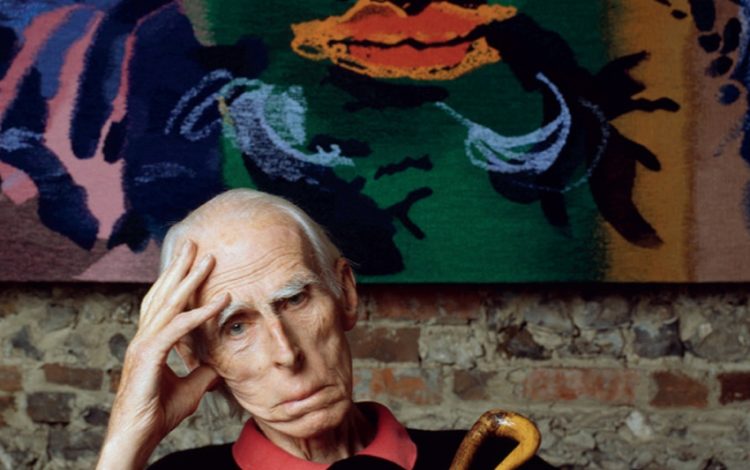 There are currently four Piper exhibitions in various parts of the country, though there is no anniversary to celebrate. Andrew Lambirth salutes the English painter whose acclaim increases by the day

During his lifetime, John Piper (1903–92) knew a fair measure of financial and critical success, though he lived long enough to go in and out of fashion in the fickle world of art. Since his death, he has grown ever more popular, his prices accelerating at auction, while museums have been falling over themselves to mount exhibitions about different aspects of his wide-ranging and prolific career. Since 2003, his centenary year, we have had half a dozen substantial shows in public galleries, notably ‘John Piper in the 1930s: Abstraction on the Beach’ at Dulwich Picture Gallery and ‘John Piper and the Church’ at Dorchester Abbey. Books and catalogues proliferate, chief among them Frances Spalding’s monumental biography of Piper and his wife, Myfanwy, published in 2009, three editions of the catalogue raisonné of Piper’s prints and a sumptuous new monograph on the artist by David Fraser Jenkins and Hugh Fowler-Wright (Unicorn Press £45). The Piper industry is in full swing.

There are currently at least four Piper exhibitions in various parts of the country, though there is nothing particularly to celebrate apart from Piper’s enduring popularity. The two main museum shows in England are on the south coast, within easy reach of each other, at Pallant House Gallery in Chichester (until 12th June) and at the Jerwood Gallery in Hastings (until 8th May). It is a measure of Piper’s standing that neighbouring museums can mount shows devoted to the same artist without worrying about competing for a limited audience. The Jerwood recently bought Piper’s ‘Beach and Starfish, Seven Sisters Cliff, Eastbourne’ (1933–34), a major acquisition for their already impressive permanent collection of modern British art, which inspired this display of some thirty works from thirty years, including paintings, prints and theatre designs.

Executed in gouache and pen and ink with paper and fabric collage, ‘Beach and Starfish’ incorporates various items of marine imagery, while the cliffs are constructed from sheets of newsprint taken from the New Statesman, to which Piper was a regular contributor. (Among his many talents, he was a highly effective writer, and functioned as an art critic from time to time.) In the early 1930s, Piper rented a cottage on Rye Harbour and returned often to the area in later years as a prime source of imagery. The Jerwood exhibition also extends to a room of Piper’s foliate heads, based on mediaeval representations of the Green Man, now something of a local Hastings celebrity and prominent character in their May Day celebrations.

At Pallant House, the focus is on Piper’s textiles and tapestries, and if you can’t afford a Piper painting or print, you might like to buy a length of fabric screenprinted with his designs. ‘Arundel’ with its parade of kings and queens is a fine dramatic frieze-like pattern, while ‘Stones of Bath’ is more abstract and atmospheric. Both were marketed by Sanderson’s and can be sourced on the second-hand market. Several publications have explored Piper’s textiles in the context of his other work, notably the informative 2011 ‘John Piper: Creative Partnerships’ catalogue produced by Hereford Museum, but Pallant House’s useful catalogue is the first in recent years devoted exclusively to the subject. The exhibition is linked to the great tapestry Piper designed for Chichester Cathedral, which has long divided the opinions of visitors and worshippers alike.

It’s not such an easy task to make a large tapestry work in a cathedral, as Graham Sutherland discovered with his only partially successful 1962 ‘Christ in Glory’ for Coventry. Piper too ran into problems, not least the fact that his tapestry had to be divided into seven vertical panels to fit the space. Some of his 1965 preliminary designs are far better than the actual tapestry, which ultimately fails to cohere. That lack of coherence bothered me forty years ago when I first got to know it, and still does today. But then Piper had trouble with large-scale projects – witness the dullness of his multi-panel mural for the Festival of Britain, another curate’s egg of a work. Clearly he worked better on a smaller scale.

Piper is an unusual figure because his work spans both the avant-garde and the traditional, the abstract as well as the romantic and figurative. He brought architecture and landscape back into his abstractions, and enlivened his views of landscape and buildings with the visual drama and dynamics of abstraction. I’ve long been interested in his work, but recognise too that not everything he did is of museum quality – a fact he modestly acknowledged by thinking of himself as primarily a jobbing artist-craftsman, though he retained a healthy appreciation of his best work.

If you’re in the market to buy a Piper, there are many dealers who trade in his work, or if you fancy the excitement of the auction rooms, his paintings and drawings come up regularly. Mike Goldmark of the Goldmark Gallery in Uppingham, Rutland, specialises in Piper prints and offers a very attractive service of framing and delivery to your door. The Bohun Gallery in Henley-on-Thames has enjoyed a forty-year relationship with Piper, beginning with personal knowledge of the artist who lived locally. Currently showing a strong mixture of prints and works on paper (until 4th June), the subjects range from the picturesque to the severely abstract, and include ceramics and a six-foot tapestry. Meanwhile, if you’re within reach of Anglesey, an excellent Piper touring exhibition entitled ‘The Mountains of Wales’ features his 1940s and 1950s landscapes and can be seen at Oriel Ynys Mon in Llangefni (until 19th June). With Piper, there’s always plenty of choice.

The joke’s on me - Benedict Nightingale