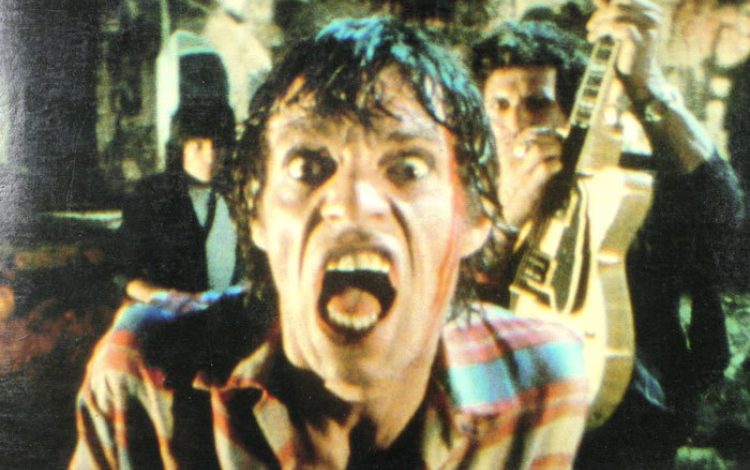 "Rolling Stones - Too Much Blood" by kevin dooley is licensed under CC BY 2.0 (cropped)
View Full Size
1
of 1

In October, on polo fields near Palm Springs in the California desert, a festival weekend of concerts from dreamland – two performers per day: Friday, the Rolling Stones and Bob Dylan; Saturday, Paul McCartney and Neil Young; Sunday, The Who and Roger Waters of Pink Floyd. This is the true gerontrockracy – the Sixties ne plus ultra. Their average age in October will be 72; the average age of the House of Lords at the start of this year was 69. This was not supposed to happen. The most famous line from The Who was ‘I hope I die before I get old’ and that was 51 years ago. Any reasonable person would have expected Keith Richards to be long gone. But these men seem indestructible. ‘A doctor told me I had six months to live,’ said Keith. ‘I went to his funeral.’ Bob Dylan, 75, has been on the road continuously since 1988 on what is known as ‘the never ending tour’.

Who would have thought, in 1964, that Mick Jagger would become a global exemplar of British pluck and endurance? A knight of the realm, he has kept his successful business going for over half a century, contributing mightily to the export trade. Like a Savile Row tailor or a good fish and chip shop, the Rolling Stones do exactly the same thing they’ve always done. And they do it as well as they ever did. Hardly anyone except Sir Mick has remained a national icon for more than half a century. He and the Queen have a lot in common. Reassuringly they both remain more or less exactly as we have always known them. Jagger, almost miraculously, dances in much the same way he did fifty years ago. The Queen, unlike him, has changed the way she speaks.

The thousands of whatever nationality flocking to the (appropriately named) Empire Polo Club in Palm Springs will come in a spirit of respect, awe and affection and with the comfortable feeling that they know precisely what they’re going to get. Of the players, only Dylan may do the unexpected but that too is only to be expected. His latest album is of numbers such as ‘Come Rain or Come Shine’ and ‘All Or Nothing At All’ (the first song Frank Sinatra recorded) but there’s no guarantee he’ll play them and even when he does his own songs from the Sixties and Seventies, there’s no saying he’ll play them in a way that makes them recognisable. Neil Young is forever producing new work, which is often interesting. They are both still functioning creators but mostly this will be a heritage show.

There is a special happiness in hearing and joining in with the songs we know and love. Think of the WI and ‘Jerusalem’, think churchgoers and ‘Dear Lord and Father of Mankind’. Paul McCartney singing ‘Yesterday’ is to Sixties people what ‘We’ll Meet Again’ was to their parents; ‘My Generation’ is their ‘My Way’. That wasn’t the plan. More than four decades ago, Pete Townshend said The Who weren’t doing new stuff so they should jack it in. Repeating the same songs year after year was all right for Mantovani but not for them. ‘My Generation’ came out four years before ‘My Way’ and The Who have been playing it for half a century

The Prime Minister is a mere child compared with these musicians, the Archbishop of Canterbury an adolescent, yet the magic of the Rolling Stones, grizzled as they are, is that they can do what even a triple-locked pension or a prayer can’t – they can make septuagenarians feel young. As it turned out, Sir Mick’s effect on society was not disruptive and deleterious as some feared. His worst sin was to provoke millions of men to try, tragically, to dance like him. One of the less sightly things about ageing audiences at outdoor rock concerts is any terpsichorean outbreak or other attempts at movement, but at least the men do not raise women on to their shoulders, destroying the view of hundreds behind.

Yesterday: Vera Lynn's 'We'll Meet Again' was the anthem of an earlier generation

Tickets for the event, said to have produced a turnover of $150 million, sold out in less than three hours. This is no rough-and-tumble affair. For $399 you can stand wedged among many thousands, for $1,599 you get a decent seat and for a minimum of $6,549, two people are rewarded with prime positions and three nights in a very fancy country club. Such is the demand that they’re doing the whole thing twice on successive weekends. There certainly could have been more. The young people whose disposable income ignited the Sixties are now what the Americans call ‘seniors’ and, freed of family responsibilities, have disposable income again.

Rock ’n’ roll is more than sixty years old. Born in America, it spawned thousands of British imitators, though it took some time to impinge on British middle-class life. Well-brought-up teenagers in duffle coats wanted New Orleans jazz and folk music, with the latter’s ethos of righteousness, tradition and political commitment. It was the Beatles who began to make rock music respectable and mainstream; and then, very quickly, for many of their contemporaries and younger, it became more than just dance music – not Tin Pan Alley, more the road to Damascus and a changed world.

For multitudes of others, rock music hardly impinged other than as an unwelcome and unpleasant symptom of social decay. The division between those who like it and those who don’t is often just a matter of age difference, a few crucial years, maybe the ones when the hormones kick in. Famously, Philip Larkin announced the dividing line as 1963 (when ‘sexual intercourse began/Between the end of the “Chatterley” ban/And the Beatles’ first LP’). A different country lies beyond it; it is worth remembering that the first British single to top the US Billboard Hot 100 chart was the clarinettist Acker Bilk’s ‘Stranger on the Shore’, in May 1962. The Beatles and ‘I Want to Hold Your Hand’ came twenty months later.

There is also the matter of temperament. The Daily Mail has never had any truck with the post-1963 mentality, though its editor, Paul Dacre, 67, was at his (dangerously liberal) Hampstead public school when the Beatles ruled the world. Later, when he shared digs at Leeds University with some free-minded spirits, he was, I am reliably informed, always more a brown ale than an Afghan Black man. In his Desert Island Discs in 2004 there was no hint of electric guitar and the only solo male voice was Bing Crosby.

But music can’t be kept in separate compartments labelled ‘age’ or ‘generation’. Recently I went to an unusually uplifting funeral. The deceased, Lionel Selway, was an engineer who designed gun turrets for RAF planes during the war; in 1941, he was working at a factory in Gloucestershire when a German bomb killed 55 of his colleagues.

At the end of proceedings a record was played, one of his favourite songs. Vera Lynn? No. Dylan singing ‘Don’t Think Twice It’s All Right’. Mr Selway was 100.