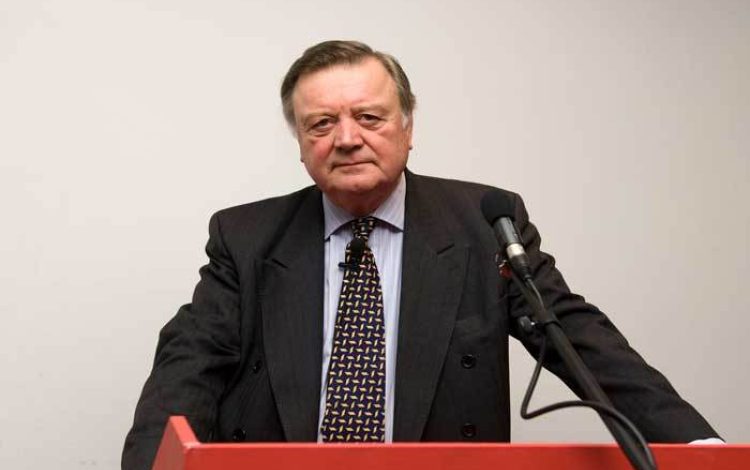 Kenneth Harry Clarke, P.C., Q.C. MP (born 2 July 1940), a British Conservative politician who is currently the Member of Parliament for Rushcliffe and a Minister without Portfolio in the UK Government. By P.vladi. - Own work, CC BY-SA 3.0, https://commons.wikimedia.org/w/index.php?curid=9109806
View Full Size
1
of 1

Ken Clarke confessed that he was relieved to talk about something other than political dramas when the Old Un reminded him that this August sees the 60th anniversary of the classic Miles Davis record Kind of Blue.

‘It’s one of my all-time favourites,’ said the great jazz buff, ‘and one of the bestselling albums ever.’

Kind of Blue has sold millions since 1959: why was it so important in the evolution of jazz?

‘There was a change in the harmonies – it was much more based on tonalities,’ Ken, 79, explained. ‘And Miles and his band were all on great form – John Coltrane was quite brilliant. I was young and impressionable at the time, but it just seemed to me to be a near-perfect example of hard bop. And hard bop is the jazz I like best.’

(Hard bop was a more accessible, more rhythmic, more soulful reaction to the excesses of bebop.)

Miles brought his band and its new sound to what was then the Gaumont Palace, Hammersmith (now the Apollo), in 1960. Ken, then a 20-year-old undergraduate, was in the audience.

‘It was more or less the quintet from Kind of Blue but Coltrane wasn’t there – instead Sonny Stitt was on alto sax. I was just really getting into jazz and it was a great gig.’

Always moving the musical goalposts, Miles went electric a decade later. Ken saw him again but was less impressed: ‘Kind of Blue – that was the peak. It’s going to be one of those things that remains timeless.’

And Kind of Blue was the title Ken chose for his political memoir in 2016. ‘The difficulty with all things you write – including Government white papers – is choosing a title,’ he told the Old Un. ‘But my publisher liked that idea.’

Ken, who’s retiring at the next election, said, ‘I’ve sometimes been in the mainstream of my party, sometimes not. Kind of Blue was rather apt … a slightly quixotic description of my role in the Tory Party.’