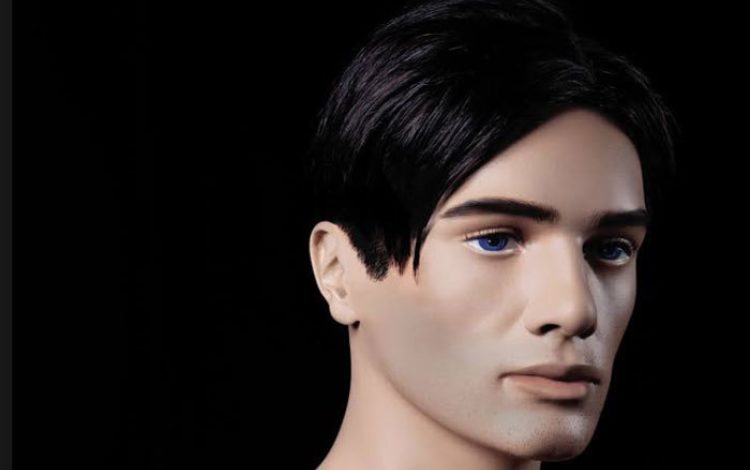 Machines Like Me by Ian McEwan reviewed by Alex Clark

Ian McEwan’s new novel takes place in both the past and the future, its setting a pair of small South London flats, but its dimensions are apparently limitless.

The year is a radically altered 1982. Britain is about to lose the Falklands War, and its citizens are ready to don black ribbons of mourning and put their political faith in the leader of the Labour Party, Tony Benn. The four surviving Beatles are now middle-aged men, still releasing records. Instead of killing himself, Alan Turing has become a hero of open-source, revolutionary technology and dines contentedly in Soho with his male partner.

But Machines Like Us is not a simple allohistory, toying with what might have ensued had crucial historical events been otherwise. For Tomorrow’s World is also present, in the shape of a limited-edition flotilla of artificial humans, all cheesily christened Adam or Eve and sold off to the wealthy and curious.

One such buyer is Charlie, temporarily enriched by inheritance and avid to observe at close quarters how this bold experiment might play out – once, that is, his model’s batteries are fully powered up (‘I thought for the sum that I’d handed over after lunch,’ he notes pettishly if reasonably, ‘Adam should have been charged up and ready to go.’).

Charlie is a deliberately unconvincing version of the obsessive geek. He’s already regretting that he was too slow off the mark to get an Eve, and seems to have thought little about what role – servant, companion or pet? – he wants Adam to play in his life.

It’s all too easy, then, for him to be sidetracked by his mounting romantic interest in his neighbour, Miranda, and to cook up a frankly preposterous scheme for her to contribute to programming half of Adam’s ‘preferences’ – the set of decisions by which owners customise their purchases.

Much of what ensues will be familiar to McEwan’s regular readers. At times – again, apparently deliberately – Machines Like Us feels like a medley of his greatest hits. There is the sudden threat of violence, as in Enduring Love and Saturday, which also echoes those novels’ concern with class tension; a further exploration of how the state intersects with the ethics of family life as seen in The Children Act; and even a reprisal of one of Saturday’s set-pieces, in which the protagonist becomes unwittingly caught up in a mass political demonstration.

McEwan’s books resemble Adam’s impression of literature, arrived at after an accelerated, AI-enhanced survey: ‘Novels ripe with tension, concealment and violence as well as moments of love and perfect formal resolution.’

Sadly, Adam’s verdict continues in less optimistic vein for those relying on royalties for a living: ‘But when the marriage of men and women to machines is complete, this literature will be redundant because we’ll understand each other too well. We’ll inhabit a community of minds to which we have immediate access.’

But Machines Like Us also points to the failure, or at least the limitations, of that project; in humanity’s obsession with what we might make of machine intelligence, it has neglected to consider what the machines in question might make of us.

McEwan knows how to fashion a twisty and pacy narrative, to keep us alive to the possibility that what we’re reading – think of Atonement and Sweet Tooth – is not all that it seems. Whether he quite gets to the heart of what our data-driven futures will bring is another matter, but then perhaps that’s the point.

He has Charlie discover, via Alan Turing, that there exists a type of mathematical problem for which proof can be made only if one already knows the answer. So thinking of what the questions might be is the novel’s job.