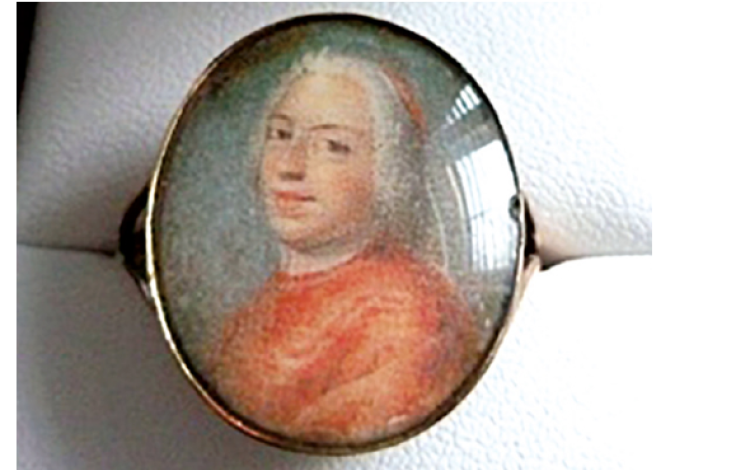 Forget Antiques Roadshow! If you want to turf out a priceless hidden gem, come on an Oldie holiday. Arline Fisher did, and now she's a thousand pounds better off

Forget Antiques Roadshow! If you want to turf out a priceless hidden gem, come on an Oldie holiday. That’s what happened to reader Arline Fisher on a recent Oldie trip to Rome.

A collector of antique jewellery, she’d just bought a Georgian ring at auction before the trip. The ring held an anonymous portrait of a cardinal, in all his scarlet finery. Arline got caught up in a hot bidding war, and ended up paying what she thought was too much for it.

Less than a week later, on the first afternoon of the Oldie visit to Rome, the group went into Santa Maria in Trastevere. There they were shown the monument to Henry Stuart, Bonnie Prince Charlie’s brother, the Duke of York, and Cardinal of Santa Maria from 1759 to 1761. The monument shows the Duke of York’s royal arms topped with a cardinal’s hat.

‘I had never heard of him,’ says Arline. ‘Once at home, I set about researching him online and found lots of portraits of him that bear no relationship to the one on the ring but, eventually, came across the portrait of him in the National Gallery of Scotland. In that portrait, he is in armour but the face is identical, and it is clearly the source used by the miniaturist for the ring. Whoever that was simply changed the armour for the scarlet of Rome.

‘I now knew why someone else had been so keen to bid for it. I felt it was probably a little too valuable for me to keep and so I sold it through a well-known London gallery. I was over a thousand pounds better off.’

‘So, if I had not gone to Rome with The Oldie, that ring would still be in my drawer, as an example of my recklessness at auctions.’