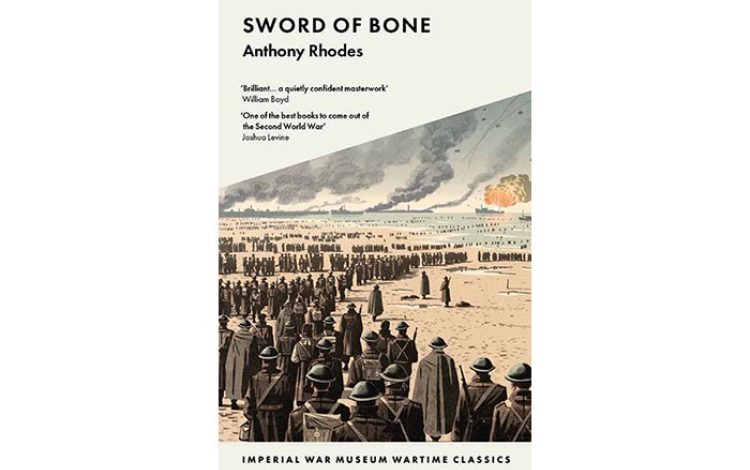 Sword of Bone, Anthony Rhodes novel based on his own war experience, has been republished by the Imperial War Museum

The Imperial War Museum has just republished one of the great forgotten novels of the Second World War, Sword of Bone by Anthony Rhodes.

The book is really a thinly disguised memoir by Rhodes (1916-2004). It tells the story of a narrator – Rhodes, essentially – who, like Rhodes, served with the Army in France during the Phoney War. Rhodes, too, like the narrator, was evacuated from Dunkirk in May 1940.

The book is made all the more paradoxically compelling through its lack of drama. Like so many people’s wars, Anthony Rhodes’s consisted of long periods of nothing very much, punctuated by sudden bursts of terror. In that regard, it is not unlike the depiction in the war novels in Anthony Powell’s 12-book sequence, A Dance to the Music of Time.

So often, war is portrayed as a great game, conducted by world leaders – or as blood-and-thunder heroics. For most combatants, the truth – boredom and terror – is much closer to the sort of thing Rhodes portrays.

As for Rhodes, he remained a writer after the war, producing histories of the Vatican and covering the 1956 Hungarian Revolution for the Telegraph.