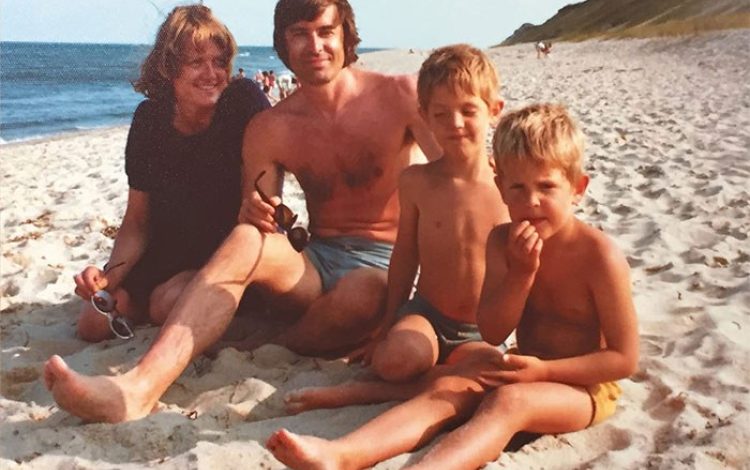 The Year of the End: A Memoir of Marriage, Truth and Fiction by Anne Theroux

In Sir Vidia’s Shadow (1998), Paul Theroux described the breakdown of his thirty-year friendship with VS Naipaul, which had spanned, he tells us in the subtitle, ‘across five continents’.

So blinded was he by Naipaul’s talent that Theroux had failed to notice his mentor was a monster. It was only when Naipaul, who had recently remarried, dropped him that Theroux realised he ‘had freed me, he had opened my eyes, he had given me a subject.’

Sir Vidia’s Shadow tells us a good deal about Naipaul’s dismal treatment of his first wife and about Theroux’s sense of his own sexual and moral superiority, but nothing at all about Anne, Theroux’s own first wife, who he met 1967, the year after befriending Naipaul. All we are told about the Theroux marriage is that their separation was ‘by mutual consent’ and that Paul then, as he put it, ‘seemed to evaporate. I died. I disappeared’. He was in fact very much present and alive, enjoying an affair with a woman in Hawaii. It was Anne who now evaporated.

In The Year of the End, Anne Theroux describes the breakdown of her 22-year marriage to Paul Theroux – a relationship which had spanned, the book’s blurb tells us, four continents. So blinded was Anne by Paul’s talent that she missed the fact that her husband was a monster, even though he had proved it in a thousand ways, not least by painting insulting portraits of her in his fiction.

‘I had married a pretty girl’, he wrote in his autobiographical novel, My Secret History, ‘but she had quickly become a discontented woman’.

Only when he dumped her did Anne see that she was now free and had a subject of her own to write about. It is telling that the husband and wife wrote memoirs about the most important relationships in their lives.

This book is composed of diary entries for 1990, beginning with January 18th. ‘Paul left today at 8 am, the beginning of a six month separation.’

Each entry is followed by reflections – what Wordsworth called ‘emotion recollected in tranquillity’ – written later in the decade, when Anne was less raw but her memory of events still fresh. ‘The previous evening we had gone out to eat at a local restaurant,’ she recalls of the last night she spent with Paul. They drank champagne and reminisced about all their au-pairs.

‘I’ll be back’, he said the next morning as he opened the door to their south London home. She believed him.

Anne now discovers what the world offers to middle-aged women whose children have left home (her sons, writer Marcel and TV documentary-maker Louis, are both at university) and who no longer have influential husbands.

‘Take away the family life’, she realises, ‘and the work alone is insubstantial.’

The work itself soon disappears. She loses her job as a BBC arts programme presenter, she fails to get a posting with VSO; a new job in the World Service doesn’t work out.

Meanwhile, Paul’s family, to whom she has been close, distance themselves from her. ‘Why did I feel such a failure? When I told people what I had done in my life, they found it interesting. It was interesting. But it didn’t add up to much. And the future was so uncertain.’

She joins a charity which helps the poor. She starts training to be a couples counsellor. She interviews Barbara Cartland and Kingsley Amis. She goes on holidays to Crete and the Lake District, makes new friends, enjoys one or two dates, smokes joints and drinks a good deal of wine.

And she longs for the return of Paul, who is all the while stringing her along. At one point, he suggests that, rather than get back together in any formal sense, they share a first-class trip round the world, using his air miles.

There is no mention of the Hawaii woman, currently living in Theroux’s holiday house in Cape Cod – whose existence Anne now discovers. Her last entry of the year reads, ‘Saw in 1991 then, totally pissed, rang Paul and screamed abuse.’

‘I didn’t enjoy writing it’, she says of the diary which was then put in a drawer. Thirty years later, having retired from a career as a relationship counsellor, Anne feels ready to share her story.

‘I was trying to write truth,’ she says pointedly, ‘not fiction’.

And she has succeeded: The Year of the End feels horribly true. The rage, the rants, the loneliness and the indignity of it all. Everyone who has ever been left by a person they revere will recognise the erasure described in these pages, and the need to step out from the shadow. Just ask Paul Theroux.