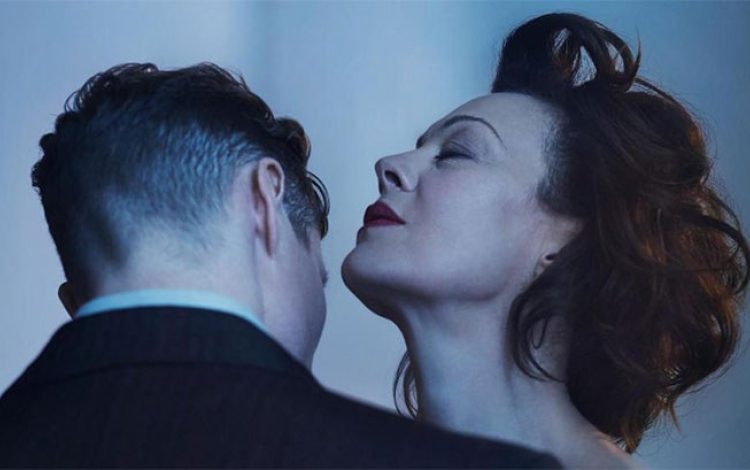 William Cook indulges in one of the late, Helen McCrory's finest performances in the National Theatre At Home's The Deep Blue Sea by Terrace Rattigan.

Helen McCrory’s death in April, from cancer, aged just 52, robbed the British theatre of one of its great performers.

To honour her memory, the National Theatre is streaming one of her greatest performances, as the tragic heroine of Terence Rattigan’s finest play. It’s a fitting tribute to a woman who achieved so much yet promised so much more. In this haunting production, which premièred in 2016, she’s at the height of her powers.

During the first lockdown, the National streamed numerous productions free of charge. Although they’re no longer streaming them for free, the sums they’re charging are still pretty modest: £7.99 for one play, £9.99 for a month’s unlimited viewing, £99.99 for a whole year. Sure, it’s not quite the same as seeing a play in the theatre, but online you can see productions that have been and gone, starring people who are no longer with us. I’m so pleased they’ve preserved this performance of Rattigan’s 1952 play.

McCrory plays Hester Collyer, a vicar’s daughter slipping into middle age, who’s left her dutiful husband, a High Court judge, for Freddie Page, a feckless former RAF pilot. Tormented by the realisation that she loves him far more than he can ever love her, she tries to kill herself. The play begins with her attempted suicide and charts the passage of the day after.

During that day, Rattigan reveals the true nature of his characters: Hester’s husband is a decent chap, but he’s incapable of understanding her; Freddie is a war hero, but in peacetime he’s entirely selfish. The moral centre of the play is Miller, a struck-off doctor who saves Hester’s life. A German refugee, he was interned on the Isle of Man and subsequently sent to prison for some unspecified, scandalous offence. Rattigan’s message is clear: we are all flawed, and the people with most flaws often have the most love to give.

Rattigan’s astute and subtle stagecraft transforms this melancholy storyline into something exhilarating – almost uplifting. He allows us no false promises or easy sentimentality but, amid the misery and heartbreak, something wonderful shines through – the indefatigability of the human spirit. Miller’s advice to Hester is blunt and simple: ‘Go on living.’ Not because better times lie ahead (they may not) but because we must.

Tom Scutt’s cavernous set evokes the drab austerity of ration-book Britain. Once a smart townhouse, now divided into bedsits, the shabby setting reflects Hester’s bleak predicament. Her generation have won the war but lost the peace. Their best days may be behind them. But, like all the best plays, The Deep Blue Sea doesn’t leave us feeling hopeless. It finds some comfort in the darkness. It lights the way ahead.

After his death, aged 66, in 1977, Rattigan’s well-made plays were dismissed as safe and stuffy, but they’ve aged far better than the kitchen-sink dramas that replaced them. Belittled for his posh background and commercial success, he was actually a champion of the underdog – not people in abject poverty, admittedly, but respectable folk like Hester who’ve fallen on hard times. Despite his Establishment credentials, he knew how it felt to be an outsider. The Deep Blue Sea was inspired by the suicide of his lover, the actor Kenneth Morgan.

Carrie Cracknell’s direction is sensitive and unobtrusive, and Tom Burke is superb as the shallow, self-centred Freddie – he makes you want to slap him. Nick Fletcher is sublimely understated as the enigmatic Miller.

But the show belongs to McCrory. Her portrait of a woman on the edge of an abyss has everything – passion, defiance, desolation, despair… She dares to reveal every emotion. She lays herself bare. Her voice has extraordinary range, yet she remains utterly naturalistic. Some of the most moving moments are when she’s silent and alone on the stage.

She left behind so many monuments, on TV and in the cinema, from Peaky Blinders to Harry Potter, but this is the one I’ll really cherish. RIP.