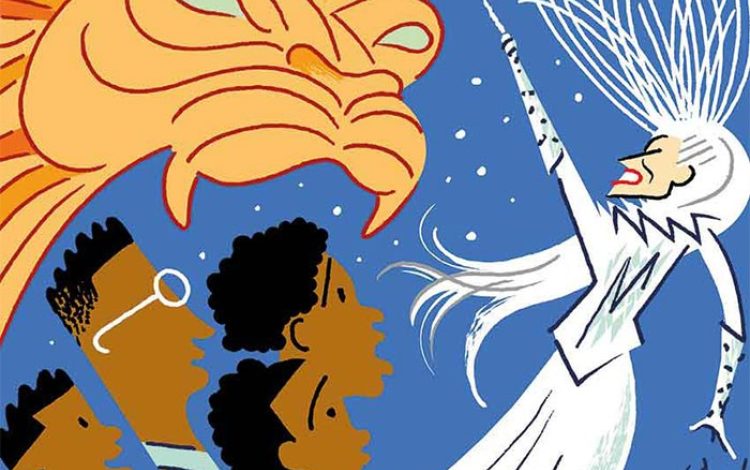 Bewitched: the Pevensies fall under the spell of Aslan and the wicked witch
View Full Size
1
of 1

The Lion, the Witch and the Wardrobe makes for an ideal Yuletide outing, says William Cook

In my childhood, the idea that I might climb into a wardrobe and escape into another world was such an alluring fantasy that for several years I hoped and prayed it might come true.

Millions of other children, before and since, have felt the same way about Narnia. That’s why C S Lewis’s 1950s stories are still so popular – the seven books have sold over 100 million copies worldwide.

Sadly, I no longer believe in Narnia. But those childhood memories remain so vivid that until I had children of my own, I studiously avoided all Narnia adaptations, on the radio, on TV and in the cinema, for fear that these modern versions might spoil those precious books. My children weren’t so fussy – they loved the books, and they enjoyed the movies too.

So it was with some trepidation that I braved this touring production of C S Lewis’s first – and most famous – Narnia story, The Lion, the Witch and the Wardrobe. Does it do justice to the book? Well, yes and no. No drama can recreate the world Lewis conjured into being, but I’m glad to say this bold, imaginative presentation has a pretty good go.

The story will be familiar to Oldie readers. During the Second World War, four children (Peter, Susan, Edmund and Lucy Pevensie) are evacuated to a mysterious country house. From there, they are transported into a magical netherworld where it’s always winter but never Christmas.

They meet a wicked witch, a godlike lion and all sorts of other fantastical creatures. It isn’t so much a children’s story – more of a timeless fairy tale. And, like all the best fairytales, it tackles elemental themes: bravery, cowardice, betrayal and forgiveness. It’s an enchanting, disturbing fable, whose sinister undercurrents belie its sparkling surface.

The main challenge for any adaptation is to convey the power and mystery of Lewis’s vision, and on the whole director Michael Fentiman succeeds. There’s nothing cute or cuddly about his accomplished production. Although there’s lots of humour, his Narnia is suitably dark and strange.

The big surprise was that the Pevensie children are all played by black actors. This took me a bit of getting used to, since it jarred with my memories (formed by Pauline Baynes’s wonderful illustrations in the books), but dramatically it makes perfect sense. These four children are all Londoners, stranded in unfamiliar countryside. In Britain, the black experience has been predominantly urban, and so Fentiman’s audacious casting heightens the sense of separation Lewis set out to create.

All four Pevensies do him proud, especially Shaka Kalokoh as the treacherous Edmund, who betrays his siblings for some supernatural Turkish Delight. They’re adults playing children, which is always a difficult thing to do, but they all do it brilliantly, without any mawkishness. It’s easy to suspend your disbelief.

Chris Jared is an enigmatic, messianic Aslan, and Samantha Womack oozes evil sensuality as the White Witch – but this is primarily an ensemble piece, and it’s in the chorus numbers that it comes alive. All these actors can sing and dance and most of them play instruments. The musicians are part of the action, rather than hidden away in the orchestra pit.

At the centre of this archetypal tale there’s a complex Christian allegory: Aslan must sacrifice himself to save Edmund from the witch. When I was a child, this was the only thing I didn’t like about the book (the final book in the series, The Last Battle, has a similar biblical theme), but it’s integral to Lewis’s story and Sally Cookson’s conscientious adaptation doesn’t shirk it. Is this religious subtext successful? I’d say not, but any fault lies within the original book.

There's far more food for thought in here than you’ll find in most seasonal entertainments, while Fentiman never forgets that the first duty of theatre is to entertain, especially at this time of year. The puppetry (by Max Humphries and Toby Olié) is mesmeric, and the special effects are striking.

It’s eminently suitable for children yet it’s not just a kids’ show. If you fancy something festive but are sick of panto, it’s an ideal Yuletide outing. And if you can’t see it over Christmas, don’t worry – it’s touring nationwide until May.