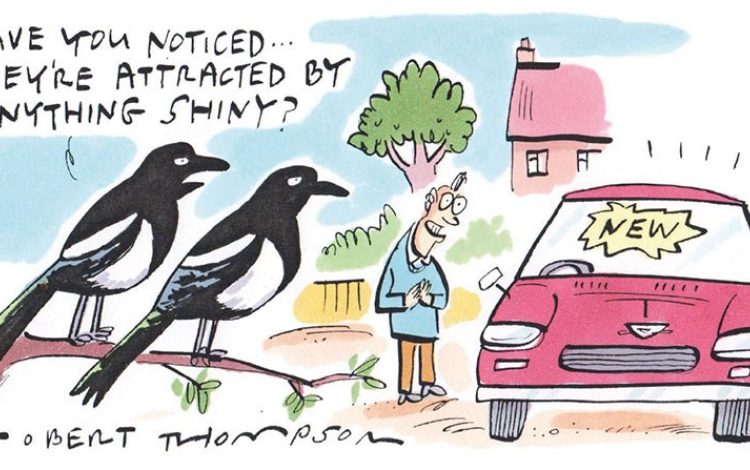 Tom Hodgkinson gets seduced by shiny and new things, but they'll be old soon enough

When I was a country mouse, I loved old things.

My favourite quote – almost a maxim for living – was that lovely line from Oliver Goldsmith’s She Stoops to Conquer:

These wise words are spoken by the irascible country mouse Mr Hardcastle. He also complains that London ways are corrupting the countryside: ‘I wonder why London cannot keep its own fools at home! In my time, the follies of the town crept slowly among us, but now they travel faster than a stagecoach. Its fopperies come down not only as inside passengers, but in the very basket.’

Well, the follies and fopperies of the town have severely infected this town mouse lately.

In the country, in addition to Mr Hardcastle’s excellent list, I had old cars, old clothes and old kitchen units and was perfectly happy. So often, I noticed, old, cheap things were repackaged as new, expensive things. Victorian gruel has now been revamped as oatmeal-based Oatly – what was once food for the poor is now marketed as a trendy milk substitute, costing £2 a pint.

But something has happened. Something has shifted. I’ve started to covet new things, like the other fools of London town.

Take cars. Till recently, we bought an old banger every two or three years. To my mind, the difference between a car costing £1,000 and £30,000 is minimal. The modern car has more screens and is a tiny bit shinier. Apart from that, I doubt whether a Martian would be able to tell the difference between my old Vauxhall Vectra from 2006 and a brand-new Tesla. They both have four wheels and bomb along at the same speed.

Imagine my surprise, therefore, last month to find myself buying a new car. OK, it’s not actually new; it’s five years old. But that’s new to me. It cost ten times the price of the Vauxhall Vectra. To buy it, I went deep into debt – a habit I avoided as a frugal country mouse.

I justified this decision thus: old cars are apparently toxic and virtually illegal in London. To drive them into central London – now called the Ultra Low Emission Zone, or ULEZ – you have to pay £12.50 every trip. New cars have lower tax, and are supposedly less ecologically damaging than old cars.

So there are arguments in favour of the new. But I feel corrupted a little bit, as if I have been seduced by the vanities and affectations of town living.

The same is true of clothes. In the country, I would wear any old second-hand clothes that were lying around. A tweed jacket from a charity shop. Ancient jumpers. Jeans with holes in them. Old boots. Sometimes I looked hip by accident: I quite liked the country look of flat cap and tweeds. Weirdly, this style migrated from country to town and I remember coming to London in a flat cap and feeling quite trendy as all the DJs in Soho were wearing them.

It’s the same with that young Kaleb Cooper, Jeremy Clarkson’s brilliant 22-year-old farmhand in his new TV show, Clarkson’s Farm. Kaleb went to London once and didn’t like it. He wears country clothes and looks a lot better than his foppish contemporaries in town.

Anyway, in London I’ve found myself hanging round emporiums such as Uniqlo, buying black drainpipe trousers and cardigans. I bought a shirt from Harvie & Hudson. I bought not one but two new pairs of trainers, one by Nike and the other by Converse. I bought a new velvet jacket, new T-shirts, new tennis clothes and a new tennis racket. Our backyard boasts a new bench and we put in a new kitchen with a new oven and a new fridge. I’ve even been buying new books: back on the farm, all the books I bought were second-hand.

After 12 years of resisting the cult of newness, I find I am being seduced by its siren strains.

The next thing to go, I suppose, will be the old phone. I am still clinging on to my rubbish Samsung dumbphone, which is singularly unintelligent. It cannot connect to the internet. It has no camera. It does nothing except make calls and send texts. And I really like it. It’s cheap and, after all, it was the latest thing 15 years ago.

But I feel as if I am practically the only person in the world without a smartphone. Doubtless, the authorities will soon make it illegal not to have one of these computerised tracking devices in your pocket at all times.

It’s all vanity, of course. Today’s new is tomorrow’s old. I used to say that I lived like a millionaire, just like a millionaire from 1969, or even 1989. Go backwards and you’ll feel rich. The new is a tyranny. G K Chesterton said, ‘We must go back to freedom or forward to slavery.’

But maybe there is a third way and it’s the one recommended by Ovid. In the Fasti, he wrote, ‘We praise the old ways, but use the present years. And both are customs worthy to be kept.’

I Once Met... Field Marshal Montgomery