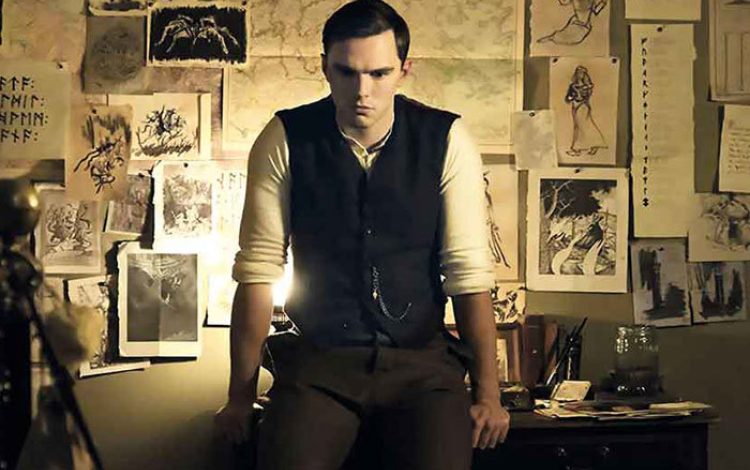 As it happens, I know some fascinating facts about J R R Tolkien. One is that George R R Martin, author of Game of Thrones, adopted his two middle initials as a tribute to the great man. Another is that J R R Tolkien and his great friend C S Lewis once went to a New Year’s Eve party in polar-bear costumes. It wasn’t even a fancy-dress party.

Neither of these super-nuggets of information makes its way into Tolkien (12A), which seems like an opportunity missed. The film concentrates on his early life, as a super-bright orphan who went to Oxford on a scholarship and eventually started writing the fantasy novels that spawned the hugely successful film series. As we begin, Tolkien’s beloved mother is telling him and his brother a wild story of elves, orcs, dwarves and dragons, and the boys’ eyes are glistening with happiness. But within minutes she has keeled over from a mystery illness, and the Tolkien boys are under the care of a Catholic priest, played – in the largest dog collar you have ever seen – by that splendid Irish actor Colm Meaney. He packs them off to foster mother Pam Ferris, who has little to do other than look as though she has just eaten a large bowl of prunes. At this point, the film goes into a bit of a decline.

Tolkien, we know from the beginning, is highly intelligent and a bit of a swot, who can recite Chaucer from memory. At school, after being mercilessly bullied, he becomes friends with his bullies and forms a secret society with them, regularly meeting them for tea in a sort of Mrs Miggins’s Pie Shop. The young actors here have a lot to cope with. They have to be clever, insouciant, charming, verbose and effortlessly witty. You begin to hate them with a passion.

About a Boy, but now a rather beefy, manly actor with a pronounced five-o’clock shadow. His love interest is Lily Collins, his landlady’s companion, who barely comes up to his waist but who has been chosen for her perky demeanour and her magnificent eyebrows, of which I have written before. They do not, one has to say, look like a future Oxford don and his potential life partner. One keeps expecting to see C S Lewis turn up, played by Dwayne ‘The Rock’ Johnson, but sadly he never shows.

Tolkien’s purpose, as a film, is to show us where the young shaver got his ideas from, so that, when he’s on the Western Front, barely surviving in the murk and mud, he keeps seeing in his mind’s eye enormous, fire-breathing dragons. It is, at heart, a small film which has been turned, by the injudicious application of CGI, into a rather large film, which does no one any favours. Derek Jacobi briefly cheers things up with an amusing cameo as an eccentric philology professor, but the film’s real problem is that you don’t believe a word of it. Not only was Tolkien’s early life not like this, but nothing was ever like this. I feel particularly sorry for Lily Collins, who has carried films before and here is just the stereotypical, sweet-smiling girlfriend. Her eyebrows deserve better.

In real life, Tolkien and C S Lewis once went to the cinema together to see Snow White and the Seven Dwarfs. Apparently, they didn’t think much of it. They wouldn’t like this either.