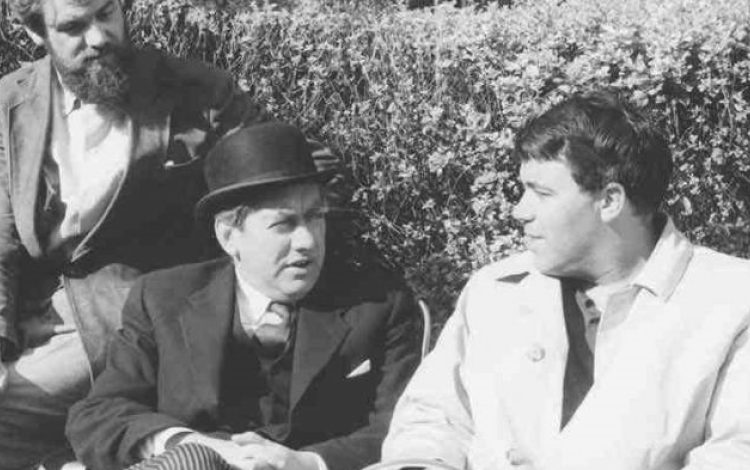 Dream team: Ray Galton, Tony Hancock and Alan Simpson on the set of The Rebel (1961)
View Full Size
1
of 1

The BBC have launched a bursary in honour of the great Galton and Simpson, writes the Old Un

‘Stone me,’ as Tony Hancock used to say.

Tessa Le Bars, who worked with Galton and Simpson for 55 years and still represents their work, says, ‘Tony wanted to break through with an international film. So he went and did The Punch And Judy Man in Bognor.

‘Is there anything less international?”

Galton and Simpson bounced back with Steptoe & Son. Steptoe was one of the first British TV comedies to be exported as a ‘format’ to the USA and other countries.

Tessa Le Bars says, ‘Ray and Alan were pioneers of British situation comedy. Their influence is still huge, and it’s marvellous they’re being recognised by the BBC with this new bursary.’

Congratulations to Fin Walker, the winner of this year's John Betjeman Prize!