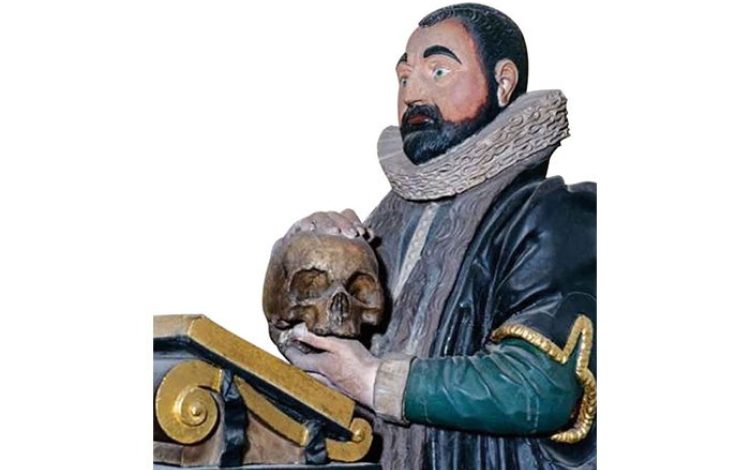 What do you do when modern pirates attack? An Elizabethan estate agent has the answer, says Colin Freeman

The hijacking of the cargo ship Albedo was living proof that worse things happen at sea.

Its 23 crew were captured by Somali pirates in late 2010, only to discover that the ship’s owner lacked the money to pay a ransom.

They spent the next three years stuck in captivity, often tortured by their captors, who presumed the owner’s plea of penury was just a callous negotiating ploy. One sailor was executed in cold blood; others beaten and lashed for weeks on end.

Merchant mariners may bring us most of our daily goods, as the world was reminded recently when the Ever Given blocked the Suez Canal. But when they get hijacked, they seldom attract the attention of celebrities or human-rights groups.

Instead, the Albedo crew’s salvation came in the rather less fashionable form of a semi-retired British colonel living in Kenya, John Steed, who masterminded a bold, private mission to free them.

In 2013, Steed had just finished working as Britain’s military attaché to Nairobi, and was working as a UN counter-piracy envoy, liaising with the international anti-piracy fleet, patrolling the Somali coast.

He knew there was little chance of teams of SAS or US Navy Seals steaming to the rescue, Captain Phillips-style. Sadly, countries with special forces will generally use only their own citizens. As Steed, 65, puts it, ‘I figured that if I didn’t do anything, then nobody else would either.’

At first, he hoped to persuade the pirates to release the hostages on humanitarian grounds. But they proved deaf to his pleas. Reluctantly, Steed concluded that that the only way to free them was to raise money for the ransom himself.

One of his hardest tasks was the bit he presumed might be the easiest – raising the ransom cash.

Steed got some help from well-wishers within the maritime industry, some of whom had themselves had ships hijacked. But, with the shipping already hit hard by the piracy crisis, it was slow going. The whip-round raised only around $200,000, while the pirates holding the Albedo wanted at least $1 million.

In the end, Steed and his team were forced to take desperate measures. Cutting the rest of the pirates out the deal, they paid the entire $200,000 to one senior commander, who helped the hostages escape one night. It worked.

Albedo crew were freed in the summer of 2014, a day Steed recalls as one of ‘indescribable joy’. He and his team then turned their attention to two other forgotten hijacked ships, the Thai-flagged trawler Prantalay 12 and the Taiwan-flagged trawler Naham 3. Both crews had been put on near-starvation diets by their captors, and eight sailors were already dead from malnutrition.>span class="Apple-converted-space">

Once again, though, fundraising was slow, and the rescue mission dragged on until late 2016. By the time they were finally released, the two crews had both been held for nearly five years, earning them the dubious distinction of being the longest-running hijack cases in modern pirate history.

Steed has received no official gong for his efforts; nor has his colleague Leslie Edwards, a professional hostage negotiator who worked with him.

Perhaps that’s understandable. Ransom payments, no matter how dire a hostage’s plight, are seldom seen as anything but a murky moral compromise.

Yet it wasn’t always so. In early 2015, after writing an article about Steed’s fundraising quest, I was contacted by a reader, Ted Phillips, who asked me if he’d tried the Henry Smith Charity.

Smith (1548-1628), an Elizabethan businessman, was one of Britain’s earliest and most successful estate agents, making a fortune selling property around London. When he died, he bequeathed a $1,000 trust fund specifically ‘for the relief and ransom of poore captives’ being held hostage by Barbary pirates.

This was a fashionable cause among Elizabethans, given that thousands of British sailors were being held captive in North Africa.

As the Barbary piracy threat ebbed away, Smith’s fund remained. Thanks to further shrewd property investments by its trustees, today it is one of Britain’s richest grant-making bodies. Every year, the foundation gives tens of millions to good causes ‘to honour the spirit of Henry Smith’s will’.

‘Why hasn’t it come forward in these years of piracy?’ Mr Phillips asked me.

I rang the charity – which, perhaps unsurprisingly, turned out no longer to be in the business of funding pirates.

Today, most of their grants went on a more conventional array of good causes, from underprivileged children through to Girl Guides and ex-offenders. They also funded only UK-based charities – which, technically, would rule out donations on behalf of seafarers from distant lands.

But part of me thinks about those 41 hostages, and how long they suffered.

Henry Smith would not, I suspect, have minded the charity’s bending the rules a bit for old times’ sake.

Colin Freeman was Chief Foreign Correspondent for the Sunday Telegraph, 2006-16. His book, Between the Devil and the Deep Blue Sea: The Mission to Rescue the Hostages the World Forgot, is out now (Icon Books)