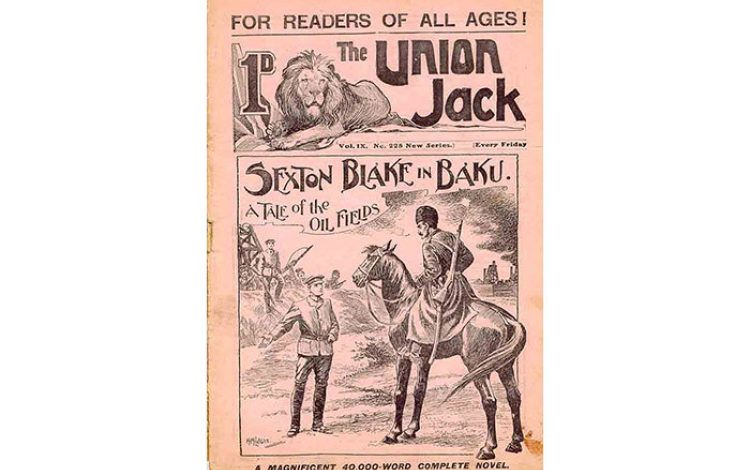 Thumped, coshed, manacled. Shot and stabbed. Flung from a rocketing car, booted out of a plane and locked in a cellar squirming with poisonous snakes. Sexton Blake endured many indignities over the course of his capers, but being quietly forgotten must be the most bruising of all. Surely he was every bit as immortal, as much of a British icon, as Sherlock Holmes, his grand rival and fellow resident of Baker Street? With one bound he was born, introduced in the pages of the Halfpenny Marvel in December 1893. Billed as ‘a daring detective’, Blake was the creation of Harry Blyth (1852-1898), writing under the pen name Hal Meredeth. Blyth was paid a nine-guinea fee, surrendered all rights and died of typhoid five years later. Blake, in rude contrast, became a phenomenon, thrilling Edwardian readers as he fought fiends, blackguards and everyday foes of Empire. In 1905, he leapt onto...