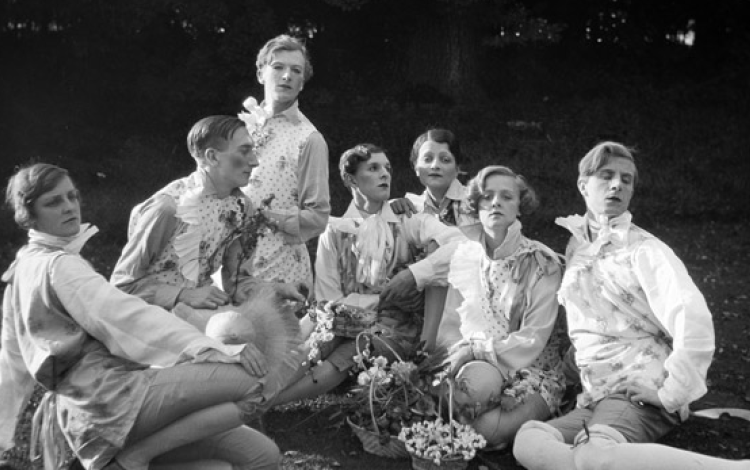 On 21st May 1924, the Honourable Lois Sturt, the actress daughter of Lord Alington, was caught speeding around the Outer Circle of Regent’s Park during a motorised treasure hunt.

The 23-year-old lover of Reggie Pembroke (aka the Earl of Pembroke), Lois shot through a police control point at 51mph. When signalled to stop, she reduced speed slightly but then roared off again. The police caught up with her at London Zoo at the end of the race – in which she won third prize – and charged her with dangerous driving and failing to stop at the request of a police constable.

On 14th July, the prosecutor, Herbert Muskett, told Marylebone Police Court the defendant had informed the arresting officer she belonged to ‘the Society of Bright Young People’, the body behind the treasure-hunting craze. She was fined £6, with three guineas in costs, and banned from driving for three months.

As well as Lois Sturt, the main treasure-hunters that day included Viola Tree, Gladys Cooper, Tallulah Bankhead, Loelia Ponsonby, later the Duchess of Westminster, and the Prince of Wales.

‘I want to sweep away the fallacy that there is any such society or club known as “the Bright Young People”,’ Viola Tree, another actress, insisted. ‘The beauty about the treasure hunt until now has been its obscurity, its vagueness, its almost stealthy progress through the thickest traffic. That one of the members, Miss Lois Sturt, should have drawn upon herself the attention of the law is a pity.

‘Of course, she did it unwittingly in her usual burst of untamable spirit, but even the most censorious should not be cruel enough to call her behaviour “bright”.’

The Daily Mail reported the incident in a piece on 26th July 1924, headlined,

The Prince in a treasure hunt:

The story began, ‘The Prince of Wales was present in the early hours of yesterday at the final meet of the “Society of Bright Young People” – that nebulous body which has inaugurated a series of hunts for hidden “treasure” through the highways and byways of London.’

The Bright Young People story changed, once picked up by Patrick Balfour, Mr Gossip in the Daily Sketch. In 1933, he published Society Racket.

In his book, Balfour tactfully removed the prince and altered his version of the Mail’s headline to read:

We Danced All Night, and DJ Taylor’s 2007 history, Bright Young People. None mentions Lois Sturt’s creation of ‘the Society of Bright Young People’. After Reggie Pembroke returned to his wife, Lois entered into a lavender marriage with the eccentric Evan Morgan.>span class="Apple-converted-space">

Dressing for dinner in 1937, Lois died of a heart attack, in Budapest. None of her eulogies mentioned the fact that, without Lois Sturt, the Bright Young People would never have come to light.