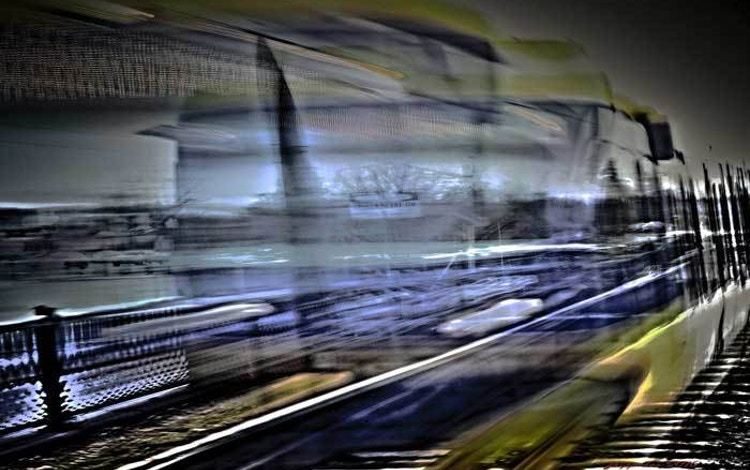 Parliamentary ghost trains are rudimentary train services that continue to run between stations as infrequently as once a week, to circumvent the costly and drawn-out procedure of their closure.

These ghost trains are rarely advertised. The service may be missing from the timetable, and their route may be missing from the map. Their coaches are often empty and the trains travel at odd hours – early morning or late at night. As many a ghost-trainspotter will tell you, this is part of the fun. If you catch a ghost train, you are quite possibly the only person it has picked up in months, and there is something genuinely thrilling in having an entire train to yourself on a route no one else takes.

Parliamentary ghost trains hark back to the 1844 Railway Regulation Act. This stipulated that all railway companies provide at least one train a day for third-class passengers on every line, stopping at every station. These were the original parliamentary trains. At the time, some railway companies honoured this obligation begrudgingly and provided third-class passengers with a service at unpopular hours in order to discourage people from opting for the cheaper fare when they could afford the more expensive tickets. Similarly, today’s ‘ghost’ trains run at inconvenient times (take the 04.56 Gillingham to Sheerness-on-Sea) or just once a week (like the Saturday-morning Stockport to Stalybridge service).

Stopping a service altogether is difficult. The stages leading to a ‘closure ratification notice’ are numerous. A brief glance at the Department of Transport’s 14-step appraisal process makes you appreciate how a burdensome bureaucracy has led to the existence of these services simply because it’s cheaper to run them than not.

I recently travelled on a parliamentary ghost train: Southern’s Streatham Hill to London Bridge route via Tulse Hill (once daily at 16.17). I saw the empty train arrive. The passengers got on. The train indicator informed us it was not for public use. The confused passengers got off, then got back on again before it glided away with its cargo of seven.

And there’s another thing: catching a ghost train takes determination and stamina. Online information is quickly out of date. Ghost-train enthusiasts Tim Hall-Smith and Liz Moralee manage a dedicated website to keep travellers up to speed on the changes: theghoststationhunters.smugmug.com. Tim explained that he sometimes gets lost trying to find the station.

In our increasingly climate-change-conscious country, we need more trains to carry both passengers and freight across existing tracks. In the meantime, let those ghost trains roll.

I Once Met Elvis by Rod Gilchrist