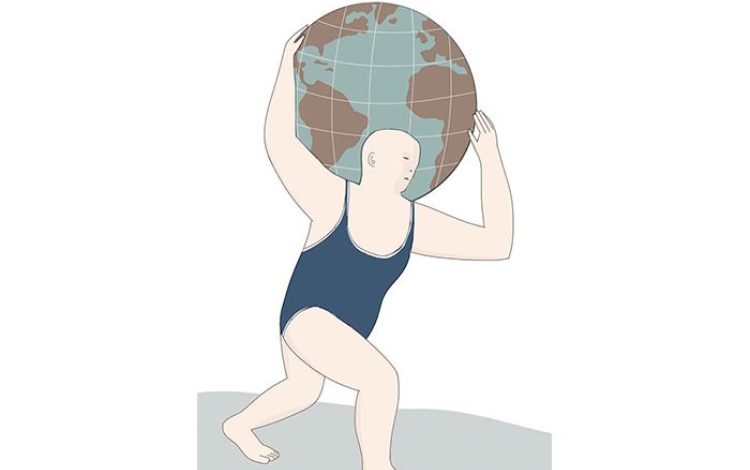 When wrestling expert Marcus Trower killed himself, William Cook was heartbroken – and mystified

When Marcus Trower’s sister called me up, I knew it could be only to tell me some bad news about her brother. When she told me he’d died, I was shocked but not surprised.

Marcus was a fearless adventurer who’d travelled widely in West Africa and South America. I assumed he must have perished in an awful accident in one of those wild, untamed places. I was dumbfounded to hear he’d killed himself.

There have been some people in my life who I always feared would die by suicide (and several have done), but Marcus was never one of them. In fact, he was one of the last people I could have imagined doing such a thing.

I hadn’t seen him for a long time but, for a short while, we were very close. During that time, he was my rock – a man who met good times and bad times with the same indifference, while I cried into my beer.

We met at the Mail on Sunday in 1995. He was working as a sub-editor. I was writing occasional features, about oddballs and eccentrics, though my main task was doing the TV listings – a job that could have been done far better by a computer, and probably is nowadays. I was deeply unhappy and hence I was awful company. Most of my colleagues avoided me. I didn’t blame them. I’d never felt more alone.

While I was loud and awkward in the office, Marcus was quiet and confident. He seemed comfortable in his own skin. He was popular with his peers, but he also always had time for me.

I’d written a piece for the paper about my German father. Marcus told me he was half-German, too. How was my German, he asked me. Pretty rudimentary, I replied. His German mother gave language lessons, he said. Would I be interested? I would indeed.

And so I started travelling to Surrey every Saturday morning, to the tidy house in the commuter belt where Marcus used to live, to practise my German with his mother.

I left the Mail on Sunday and got an equally inconsequential job at the BBC. Marcus left the country to go travelling. In his absence, I got to know his mother a lot better than I knew her only son.

Yet, as we chatted in German about our families and I learnt about his childhood, I felt increasingly closer to him. I realised we had a lot in common. We shared the same star sign. We both came from broken homes.

Eventually Marcus returned to Britain and moved into a bedsit in North London. He’d always been interested in martial arts, wrestling in particular. He’d spent the last few years travelling to places where traditional wrestling is still practised – Hungary, Nigeria, Mongolia and Brazil.

I was also trying to write a book, about my German family. I wanted my German book, like Marcus’s wrestling book, to be more than just a travelogue. Talking to him, I realised my book was also about masculinity. It was about my absent father, and my absent fatherland.

Writing is a lot easier than many jobs, but it still requires a lot of stamina. It helped to know Marcus was in my corner. We spurred each other on.

Other than our shared interest in book-writing, our lives were now very different. I was living in a smart apartment in Chiswick, married with two children. Marcus was single and childless, living in a rented room in Tufnell Park.

I liked being married and I was glad to be a dad. Yet, during our evenings together in Tufnell Park, I never stopped moaning – about how hard it was to raise a family; how hard it was to write that book. He should have told me to count my blessings, but he never lost his patience. He was a good listener. I felt I could confide in him about anything, anything at all.

Marcus came to my flat in Chiswick, and became friends with my son, Ed. He would have made a great dad. Ed liked him straight away. They played chess together. They talked about sport and travel. He had more in common with Ed than I did. Both of them were taciturn and athletic – unlike me.

Marcus got a book deal and I didn’t. I’d have thought I’d feel disappointed but in fact I felt relieved. I knew my book wasn’t good enough and when I read his book, I realised why. My book was all about me – but curiously impersonal. His book was about other people, yet his personality shone through on every page.

To my surprise, I felt elated by his success. Why? Partly because he’d written a brilliant book whereas mine wasn’t worth publishing, but mainly because he never suffered from jealousy. He didn’t care about wealth or status. It was all about the book – not about him.

The book got good reviews. It didn’t become a bestseller, as it could – and should – have done, but Marcus didn’t seem that bothered.

Marcus moved to Gozo with his girlfriend. He told me he was writing a thriller. I was planning to go out and see him, but I never got round to it.

Gradually, we lost touch. Finally he returned home, went to Brighton and started working as a freelance editor. Aspiring writers loved working with him. His mother said I should visit him. That sounded like a great idea, but there was no hurry. Maybe next month…

Why did Marcus kill himself? Why does anyone? There’s never an adequate answer to this question.

Marcus was always very good at dealing with life’s travails. He appeared to treat misfortune the way a sailor treats bad weather – a temporary nuisance, to be borne with stoicism and good humour. He never seemed to feel sorry for himself – unlike me.

Who knows why? All I know is that men are bad at reaching out – and we get worse as we get older.

The suicide rate for men in England and Wales in 2019 (the year Marcus died) was the highest since 2000, with 4,303 male deaths, compared with 1,388 suicides among women. The Office for National Statistics registered ‘higher rates of suicide among middle-aged men in recent years’. It said this group may be less likely to seek help.

After the funeral, I got talking to one of the members of the jujutsu club Marcus set up in Brighton. About 20 of them had come along, wearing the club T-shirts Marcus had designed. It seemed unfathomable to me that someone who inspired such loyalty chose to end it all.

When my son went away to university, I gave him a copy of Marcus’s The Last Wrestlers to take with him, but he said he didn’t fancy it. After what had happened, he seemed afraid to read it.

After I’d waved him off, I put the book on his bookshelf, in his empty bedroom. I hope he reads it one day. It’s an uplifting, life-enhancing read.