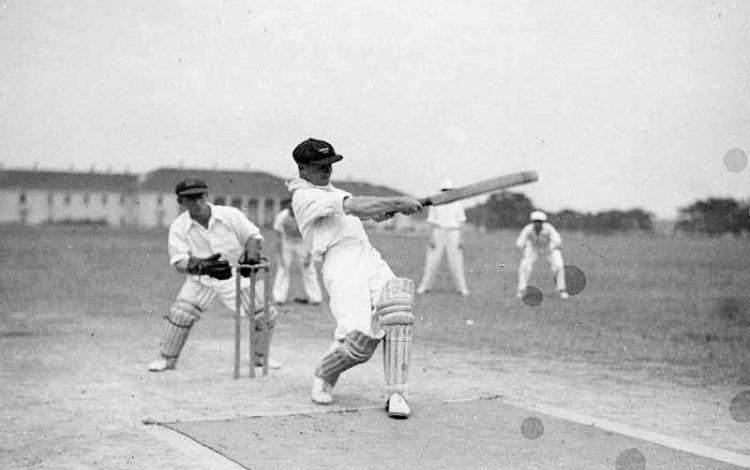 It is a vintage summer for aficionados of the merry thwack of leather on willow. The World Cup is drawing to a close, and a cricket fan’s attention now turns to the five Ashes Tests that stretch from the beginning of August to mid-September.

It remains to be seen whether any of this summer’s action merits comparison to the greatest England v Australia Test of all, at Headingley in 1981, when a swashbuckling century from Ian Botham and a hostile, winning spell of fast bowling from Bob Willis combined to force the unlikeliest and most thrilling of victories.

I listened to most of that match on BBC Test Match Special, but one voice was missing that summer: the gentle Hampshire burr of John Arlott who, besides being the most lyrical of commentators – he once described a shot by the West Indian batsman Clive Lloyd as ‘the stroke of a man knocking a thistle top off with a walking stick’ – was also an accomplished poet and a connoisseur of wine. He had retired the previous year, leaving the commentary box bereft both of his unique way with words and of the copious quantity of bottles that invariably accompanied him.

Botham recalls, as a 17-year-old, lugging a picnic basket containing four bottles of Beaujolais up to the commentary box for him: what ensued was a 30-year friendship, with Arlott instilling his love of wine into the cider-swilling boy from Somerset. I too fell under the Arlott spell, thanks to his marvellous 1986 book Arlott on Wine.

I was reminded of this recently when sampling some of Sir Ian Botham’s new range of wines, all of which hail from Australia, the old enemy. It is not his first foray into the wine business: a few years ago, he and Bob Willis teamed up with the renowned Aussie winemaker Geoff Merrill to make wines under the BMW label; these new wines, however, prominently feature the Botham name, make much play of his stellar cricketing career, and are pitched at three price levels.

There are the entry-level Botham All-Rounders, priced at around £8; the Botham Series (£11, also at Waitrose); and the Sir Ian Botham Parcels (£30, from Berry Bros & Rudd). I have not tried the posh ones yet, but I very much enjoyed the Series wines: as you might expect from Botham’s personality, they are full-throttled examples of Aussie classics.

There is the ’76 Series Margaret River Chardonnay, which amply demonstrates that region’s admirable ability to produce complex, structured wines; the ’80 Series Coonawarra Cabernet Sauvignon, which mixes hints of cedar and mint with the powerful blackcurrant fruit; and (inevitably) the ’81 Series Barossa Shiraz, a muscular red with bags of spice and tannin. Botham apparently plans to add to the range with wines from Argentina, South Africa and New Zealand, with tentative plans to launch his own-label English sparkling wine.

Arlott liked a drop of fizz, too. He featured twice on Desert Island Discs: once in 1953, and again in 1975. On the first occasion, he chose as his luxury a second-hand bookshop; on his return, he requested a limitless supply of champagne. Should you find yourself at one of this summer’s Tests – or even watching the action from the comfort of an armchair – you could do worse than raise a glass of one of Beefy’s new vintages to one of the last century’s most civilised of Englishmen.