A tale of two dads and a great-grandad - Allegra Huston 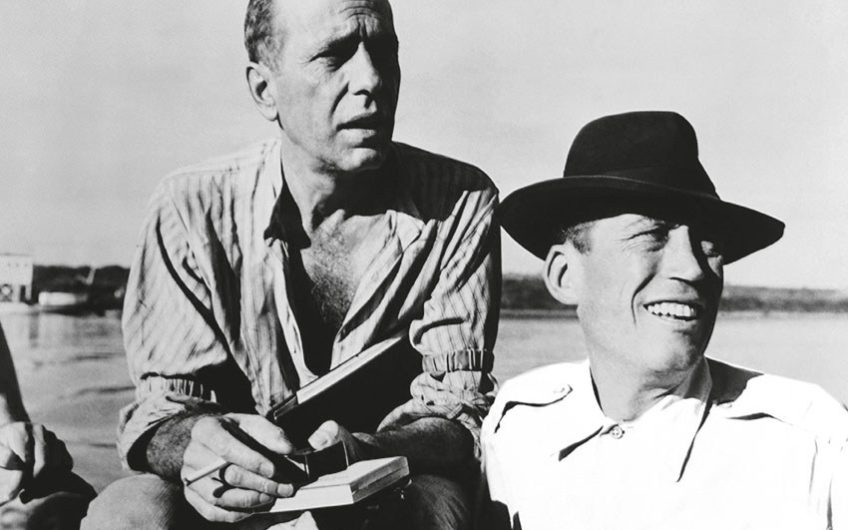 When Allegra Huston discovered who her blood father was, she also acquired a dashing, seductive MP as an ancestor

In the house of my sister, the writer Artemis Cooper, hangs a delicately beautiful pencil portrait of Harry Cust (pictured), an absurdly handsome man with light eyes: our great-grandfather. The portrait was drawn by Violet, the Duchess of Rutland. Her fifth child was our grandmother, the actress Lady Diana Cooper.

When Diana was 19, she was offered condolences on the death of her father. But the Duke of Rutland, her supposed father, was in the pink of health!

After the shock subsided, she decided this was good news: her father was not the dull duke but Harry Cust, an MP, magazine editor and the most dazzling man of his era – who bequeathed her those mesmerising blue eyes.

I was given similar news, more gently, when I was 12. ‘John isn’t really your father,’ said my stepmother, hoping it would come as good news. ‘Your real father is an English lord – and he’s coming to visit tomorrow.’

The English lord was the late writer John Julius Norwich, Diana’s only son, whose father really was her husband, Duff Cooper. But I didn’t give a damn who he was. My dad, the film director John Huston, was the sun around whom everyone I knew revolved. He took me on after my mother was killed in a car crash when I was four.

If I wasn’t his daughter, did I belong in this solar system at all? And if I didn’t belong there, where did I belong?

Over the years, that 12-year-old’s terror became deep gratitude for my two brilliant, generous fathers, and the various brothers and sisters they gave me. John Julius gave me Artemis and our uproarious brother, Jason.

Reading Jane Dismore’s new book Tangled Souls – about Harry Cust – I realised that if you combined Jason and John Julius, added a dash of some inchoate haunted darkness and ran the mixture through a turbocharger, you might have an approximation of Harry.

I’d always imagined Cust as just another good-looking aristocratic layabout, but Tangled Souls showed me that I was right only in a sense I didn’t intend. Harry Cust lay about, widely, and that’s what destroyed his political career. But he worked hard and cared deeply – about politics, literature and his friends.

Cust was at the heart of a group of arty, aristocratic bohemians, known as the Souls to everyone but themselves. They disliked the name, as they disliked ostentation, pretence and posturing.

They included two prime ministers, Asquith and Balfour, the glamorous Tennant and Wyndham families and, on the fringes, Edward Burne-Jones, Oscar Wilde and H G Wells. They stood for friendship above the political divide, though many of them were politicians.

And they stood for the possibility of friendships between men and women, along with artistic equality, in an era when Victorian prudishness reigned.

Despite their love of wit and cleverness, they prized emotional ties over intellectual convictions: heart over mind, with the mind running a very close second.

Cust was a fountain of energy, imagination, deep literary knowledge and intellectual brilliance. At school, he was predicted to become Prime Minister.

But, in the end, his most prominent role was as editor of the Pall Mall Gazette. He was, in the words of Margot Asquith, ‘the rarest and most brilliant of them all’: the most magnetic man in every room, a serial seducer of very willing women, the constant ringleader of high jinks and horseplay. He sounds overwhelming, and it seems he overwhelmed himself, as he sometimes fled to a Parisian garret to spend weeks in recuperative solitude.

John Julius, too, was the most charming man in every room, constantly curious and enthusiastic, widely read and widely travelled. But, unlike his grandfather, he was equable.

A desperation underlay Cust’s firework personality. I wonder what demons he battled. Perhaps the chronic bad health which led to fits of fainting. Perhaps the terror of not belonging that I know so well, driving him obsessively to be at the centre so that he wouldn’t find himself alone in the outer darkness. Like me, Cust lost his mother young.

Cust was brought down by a stunningly unscandalous scandal. Nina Welby-Gregory, a young woman who was in love with him, thought she was pregnant. His friends, including Asquith, pressured him to marry her. He did. She turned out not to be pregnant after all.

On this basis, the suffragist leader Millicent Fawcett declared him unfit for public office. Introducing an unmarried woman to sex was held to be a heinous act. Though at least one other high-ranking MP was a serial abuser of both boys and girls, Fawcett trained her guns on Cust, pursuing him from one constituency to the next until he was beaten.

John Julius mentioned Harry Cust only once that I remember. He recounted with delight the possibility that Margaret Thatcher’s mother, Beatrice Ethel Stephenson, might have been another of his left-side-of-the-blanket offspring. Those striking blue eyes! He was hoping Carol Thatcher would persuade her mother to take a DNA test. Sadly, but predictably, it never materialised.

I’ve never been one of those people who care much about ancestry. The straight lines and squared angles of family trees feel unnatural to me, as if they’re regimenting all those people into a relentless march of (supposed) DNA.

But, as I know very well, outside the laboratory and the cell, the trails of DNA are far more tangled than its tidy double helix. I’m much more interested in the zigzags and curlicues, the wandering lines that result from wandering eyes, the victory of heart and adventure over convention and etiquette.

Those family trees exist on my father’s side – a high-born bunch. On my mother’s side, there’s nothing beyond the US immigration record saying, ‘Angelo Soma, waiter’. That’s my grandpa, who glorified in the fantasy that Napoleon, on his journey of conquest through some hardscrabble village at the foot of the Alps, had knocked up his great-great-grandmother. In reality, as we discovered when my sister, Anjelica Huston, did the television show Finding Your Roots, the interloper was an Ashkenazi Jew, who has bequeathed us 3.7 per cent in good Jewish blood. I’m telling you this because, via that connection, we’re related to Bernie Sanders.

Thank you, Harry Cust, for this fabulous connection, which is too good to sacrifice even if it doesn’t stand up to scrutiny: my son unites, in one body, the DNAs of Margaret Thatcher and Bernie Sanders.

I’ve always told my son that it’s the job of the living to keep the dead alive, by remembering, talking about and honouring them.

In his tribute to the dead of the First World War – many of them the sons of his friends – Harry Cust describes ‘a fellowship of presences, some dim, some shining, but presences never to be wholly put away’, plucking at the hearts of the living, ‘flooding sometimes their memories, seeming sometimes to touch their hands, masterful sometimes to govern and to save their souls’.

Harry Cust is to me no longer simply that picture on the wall. He is one of those presences, dim and shining, whose traces I see in people I love.

From shambles to omni-shambles: why did BA ignore all the rules?

End of the line - Benedict King on giving up commuting