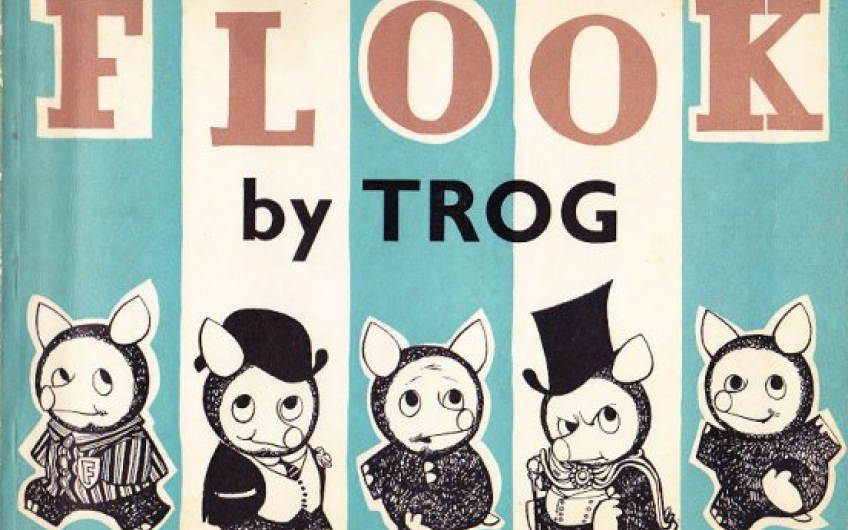 The Oldie sends heartfelt good wishes to the great cartoonist and clarinettist Wally Fawkes, who celebrated his 93rd birthday last week by practising  his signature tune, 'Trog’s Blues'. Last night, he should have been playing as usual at the annual summer party of the Biographers’ Club – but he is recovering from an operation, so his All Stars band played on without their starriest member at Clementi House, the elegant, 18th-century Kensington home of the publisher Tom Stacey.

Canadian-born Wally, modest and shy, is still best remembered for his satirical cartoon strip Flook, by Trog. Flook first appeared in the Daily Mail in 1949 – a toy elephant quite at home among debs, politicians, judges and editors, wittily lampooning cultural matters. He later moved to the Observer, still drawn by  Fawkes though the words came from various pens (even Sir Compton Mackenzie, briefly, then Humphrey Lyttelton) but mostly from Wally’s fellow jazzman, George Melly. (When the Pill arrived, Melly and Wally  showed two Catholic priests talking: ‘Well, at least we can urge that the instructions on the packet must be printed in Latin.’) In the 1960s, Flook’s moral crusade against the unmentionable four-letter word FOOD, in which a caricature Ken Tynan was seen uttering on television, was, as it has turned out, quite prescient – given the prominence today of celebrity chefs and sugary bake-offs in an age engulfed by an epidemic of obesity.

Editors tried to poach Flook. Once, at a party where Wally was playing his clarinet, Arthur Christiansen of the Express sidled over and said, ‘If you join us, you won’t have to do this.’ But Wally never cared for money; he just loved playing his clarinet – and, until recently, still played every week in a London pub until, as he said, ‘I decided to quit while I was still at the bottom.’